The Department of Homeland Security is “begging” parents to not put themselves or their children at risk following the death of a 7-year-old Guatemalan girl in the hospital hours after her father turned himself and his daughter in to Border Patrol officers in New Mexico.

The father and daughter illegally crossed the Mexican border into the U.S., Customs and Border Protection said Thursday.

They were part of a larger group of 163 migrants who turned themselves in Dec. 6, according to CBP records seen by The Washington Post.

The young girl, whose name has not been released, began experiencing seizures around 6:25 a.m. after being taken to the facility. After local EMS arrived, she was determined to have a 105.7 degree fever.

She was then transferred via air ambulance to El Paso, a DHS spokesperson told The Daily Caller News Foundation.

“At the hospital, the child was revived after going into cardiac arrest. However, the child did not recover and died at the hospital less than 24 hours after being transported,” the DHS spokesperson said.

She was in CBP custody for a total of eight hours, and had reportedly not eaten or drank anything for several days before.

The DHS acknowledged it could take several weeks to receive the results of an autopsy, but the agency is investigating the incident to ensure all CBP protocol was followed. (RELATED: 750 Million People Want To Migrate And The US Is The Most Popular Destination)

“Unfortunately, despite our best efforts and the best efforts of the medical team treating the child, we were unable to stop this tragedy from occurring. Once again, we are begging parents to not put themselves or their children at risk attempting to enter illegally,” DHS said in a statement. 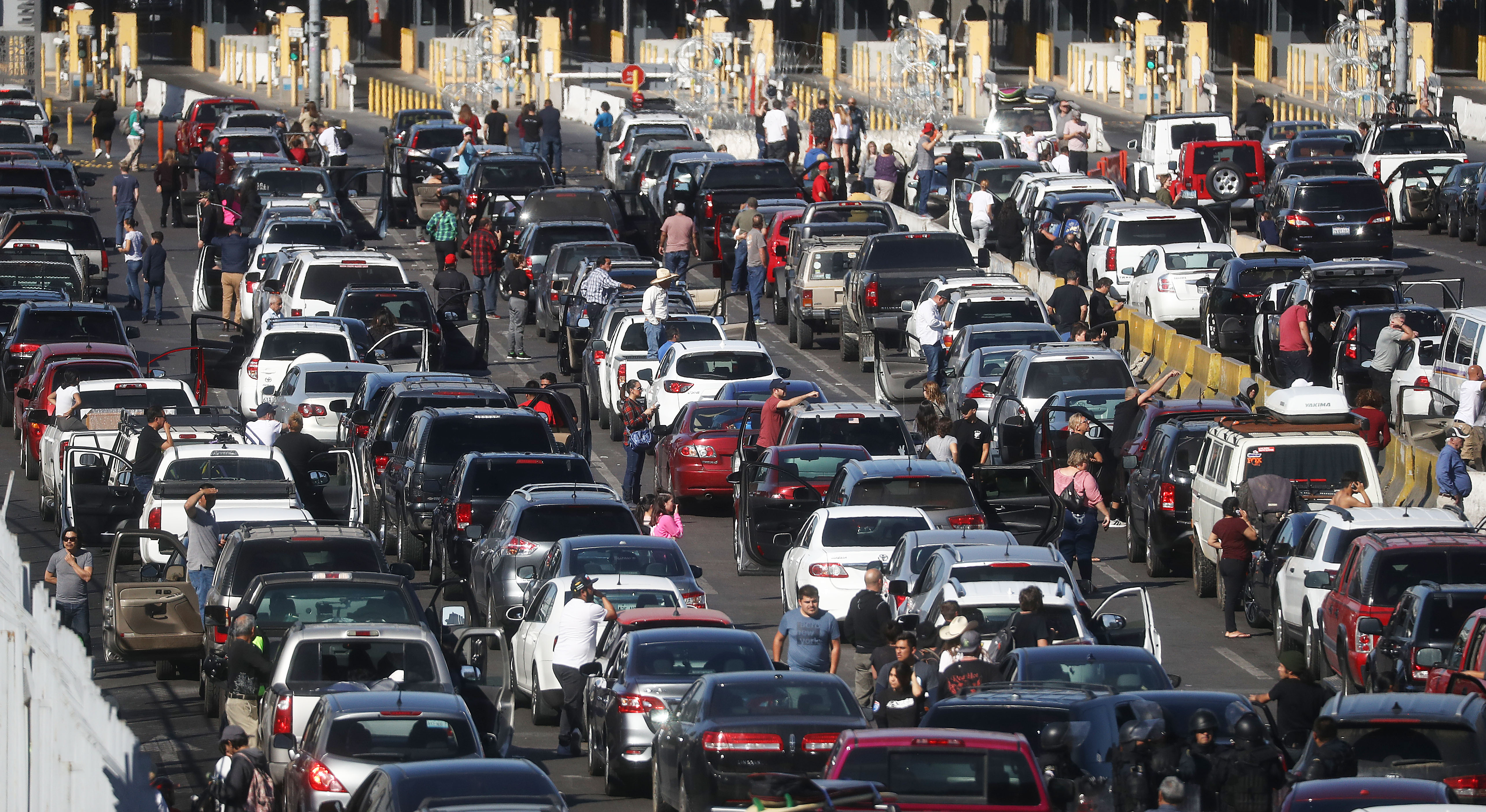 TIJUANA, MEXICO – NOVEMBER 25: People attempting to cross into the U.S. look on by their vehicles as the San Ysidro port of entry stands closed at the U.S.-Mexico border on November 25, 2018 in Tijuana, Mexico. (Photo by Mario Tama/Getty Images)

“Please present yourselves at a port of entry and seek to enter legally and safely.”

A few lawmakers are demanding a full investigation into the incident, with incoming Congressional Hispanic Caucus Chairman Rep. Joaquin Castro calling the situation at the border a “humanitarian crisis.”

“I am devastated by reports of a 7 year-old girl who had been taken into custody by CBP who died due to dehydration and exhaustion,” Castro’s statement reads.

“On behalf of the Department of Homeland Security, our sincerest condolences go out to the family of the child,” DHS’s statement said.

The child’s death at the border comes amid a battle between Democrats and Republicans over a potential government shutdown related to funding for President Donald Trump’s border wall.

Schumer and Pelosi remained steadfast in their claims they would not provide additional funding, although no alternative to the shutdown has been raised.

“I want to be crystal clear — there will be no additional appropriations to pay for the border wall,” Schumer said Thursday on the Senate floor. “It’s done.”