Rep. Hank Johnson compared President Donald Trump to Adolf Hitler in a speech on Tuesday and stood by it later on, but neither CNN or MSNBC has covered his comparison.

His speech came during a celebration honoring the 156th anniversary of the implementation of the Emancipation Proclamation at Friendship Baptist Church in Georgia.

“Americans, particularly black Americans, can’t afford to make that same mistake about the harm that could be done by a man named Hitler or a man named Trump,” Johnson stated, adding that, “Hitler was accepting of violence towards the achievement of political objectives.” (RELATED: Jewish Groups, Holocaust Museum Weary Of Rep. Comparing Trump To Hitler)

He said, “Trump encouraged violence against protesters at his rallies, and his messaging about Charlottesville — that there were bad people on both sides — sent a powerful message of approval to the far-right racists in America.”

On Thursday, Johnson clarified but ultimately stood by the comparison in an interview with TheDC’s Kerry Picket at SiriusXM Patriot 125.

The only cable news channel to cover the comments was Fox News. “The Five,” “Tucker Carlson Tonight” (albeit only in passing), “Hannity” and “Fox News at Night With Shannon Bream” all covered Rep. Johnson’s comments on Thursday night.

But a review of MSNBC’s and CNN’s on-air coverage via Grabien, a television clipping service, turned up nothing on the subject. Neither did searches on both of their websites, even with him doubling down on the content. 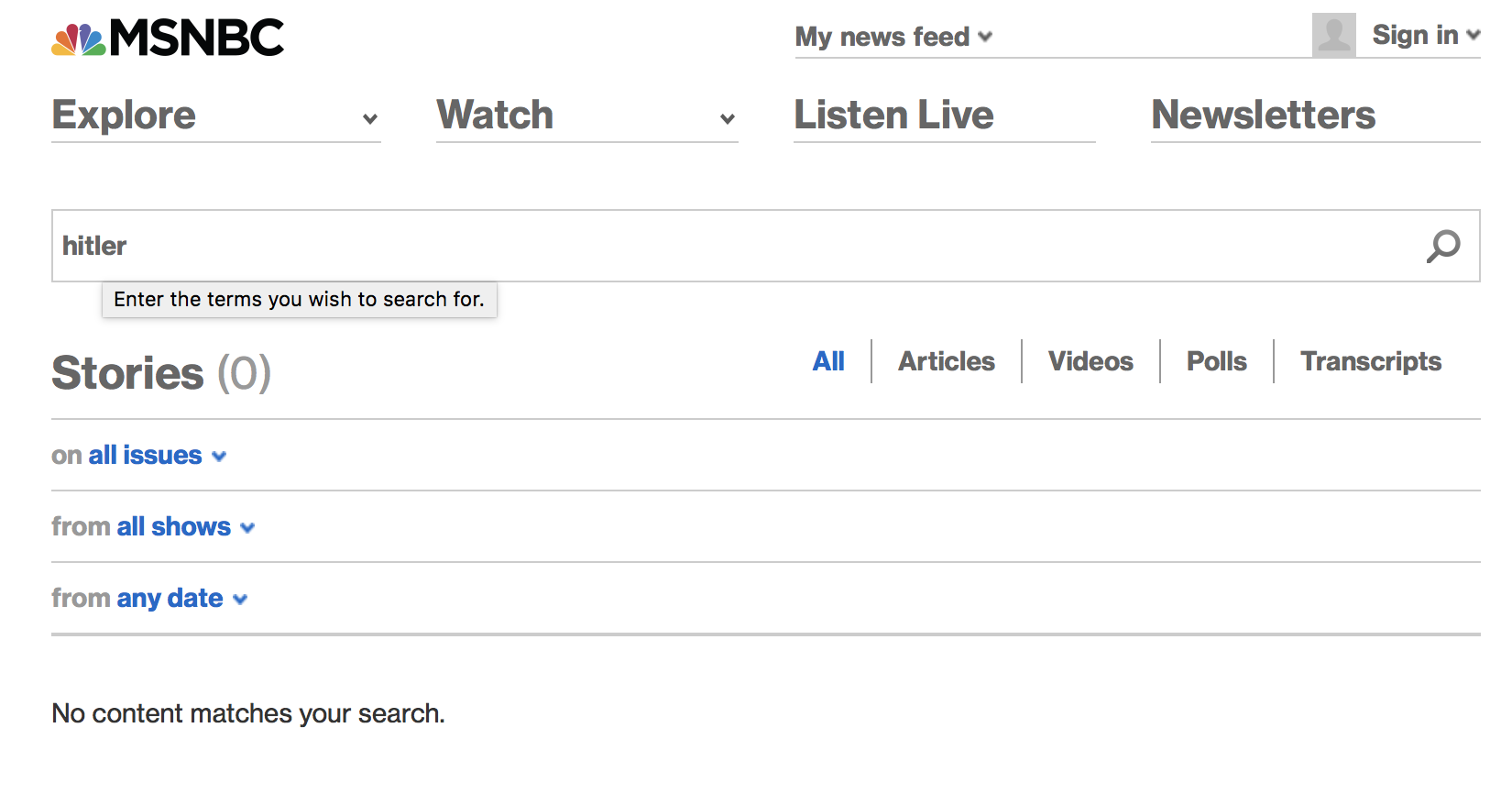 Searches of both of their Twitter feeds show that they have not tweeted anything with the key words “Hitler” or “Johnson” in the time since Johnson’s speech. 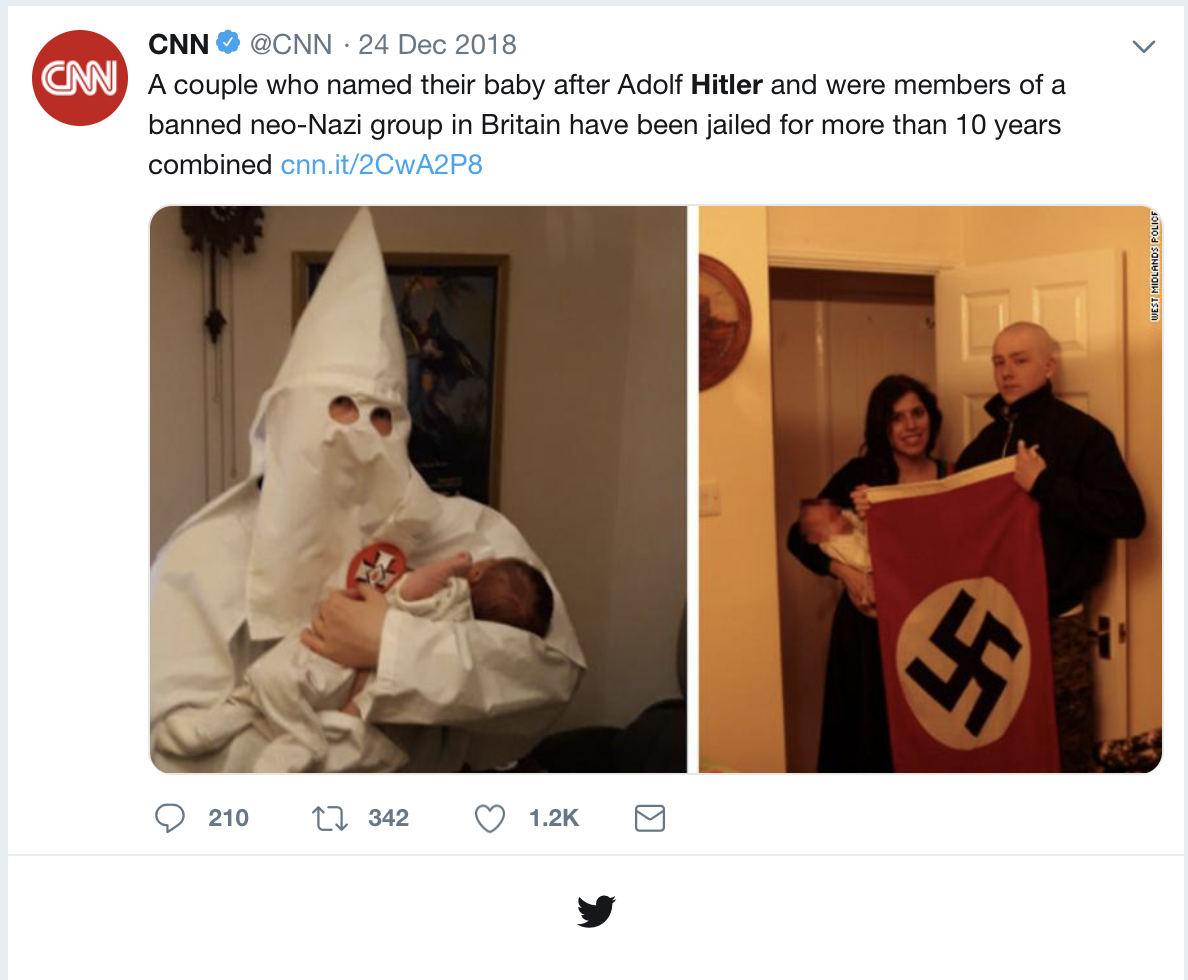 CNN has published one tweet with the word “Hitler” in it since 12/24/2018 through the publishing of this article. The tweet refers to a story about parents who named their child after Hitler. (Screenshot 1/4/2018)