A group of Republican senators gathered in Sen. Lindsey Graham’s office Wednesday afternoon to discuss an immigration deal to end the 19 day shutdown.

In the meeting there were reportedly five Republican senators, including Sens. Rob Portman of Ohio, Susan Collins of Maine, Thom Tillis of North Carolina, Lisa Murkowski of Alaska and Graham of South Carolina. Graham called the group together to figure out a “reasonable compromise” regarding funding a border wall and reopening the government, according to Portman.

“He’s trying to do the same thing that all of us are trying to do, which is find a reasonable compromise on moving forward to securing the border and getting government reopened,” Portman said about Graham to Politico. “We’re still just talking,” he continued.

President Donald Trump was on Capitol Hill Wednesday meeting with Republican senators to discuss the shutdown and border wall funding. After the meeting, he said Republicans were “unified.” 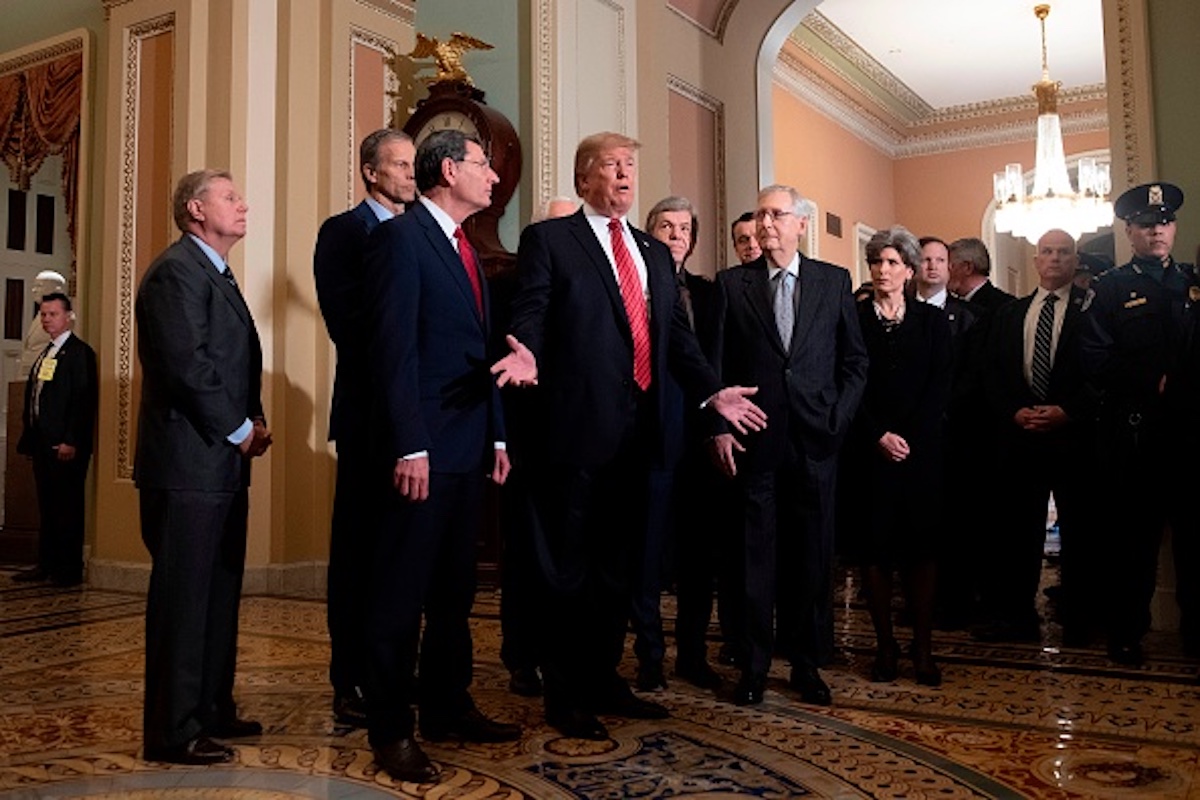 Trump also warned Democrats that he may declare a national emergency if they cannot come to an agreement soon.