The Women’s March publicly denounced a pro-Israel bill that has been introduced in the Senate in their newly released 2019 political agenda.

This particular bill, S.B. 1, would allow state and local governments to boycott companies that boycott the country of Israel. It’s intended to counteract the Boycott, Divest, and Sanction (BDS) Movement, which calls for companies and groups to protest and penalize the state of Israel over its treatment of the Palestinian people.

The official BDS website describes the movement as one trying to uphold “the simple principle that Palestinians are entitled to the same rights as the rest of humanity,” while others view it as anti-Semitic.

The Women’s March agenda reads, “Legislative attacks against free speech include so-called critical infrastructure bills, which increase penalties for protesting pipelines and other ‘critical infrastructure,’ bills that restrict the right to engage in political boycotts, campus ‘free speech’ bills that actually suppress the ability to organize and assemble and bills that force protesters to pay for policing.” (RELATED: Rubio Defends Anti-BDS Bill Over Criticism From Sanders, Tlaib) 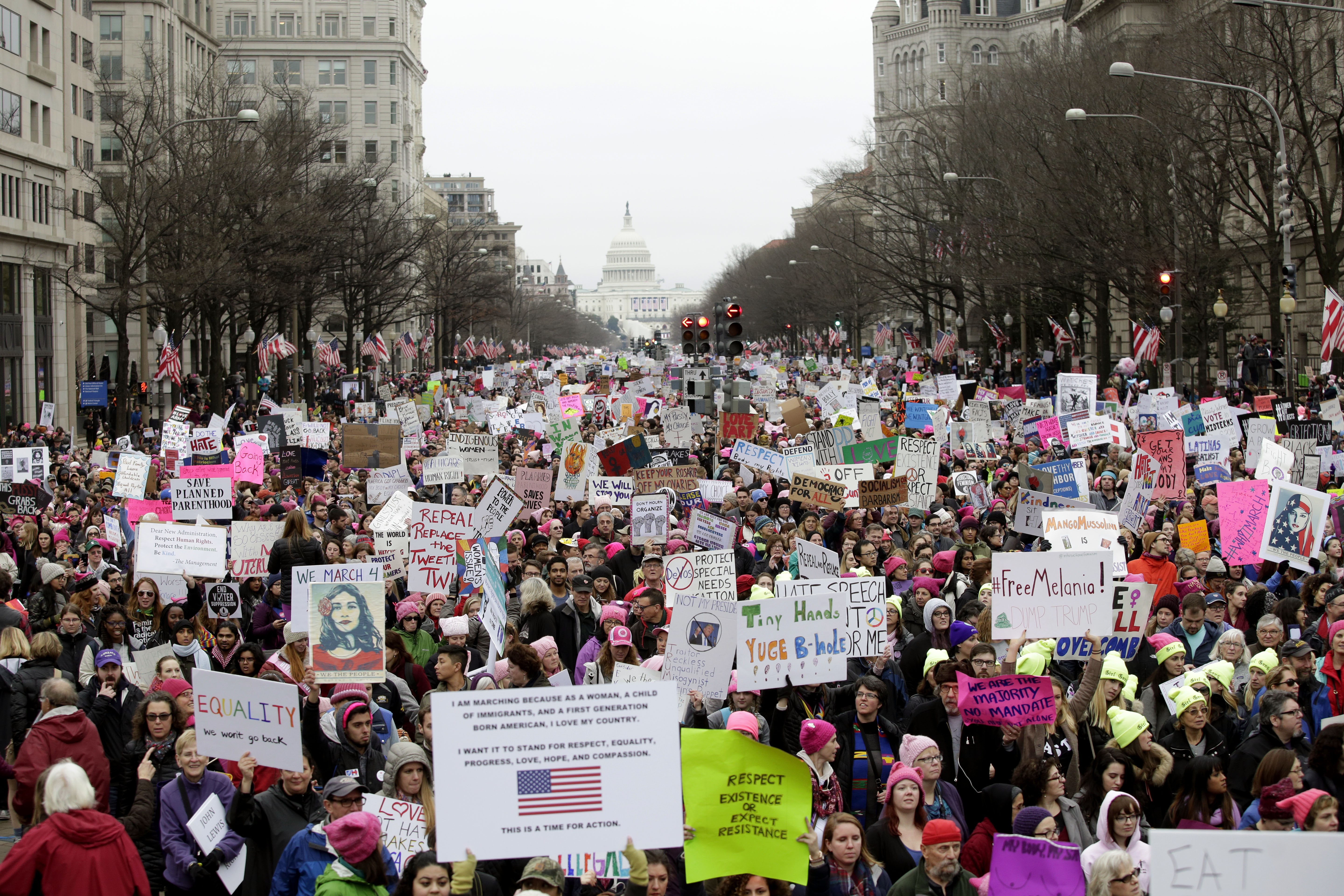 Demonstrators protest during the Women’s March along Pennsylvania Avenue January 21, 2017 in Washington, DC. Hundreds of thousands of protesters spearheaded by women’s rights groups demonstrated across the US to send a defiant message to US President Donald Trump. JOSHUA LOTT/AFP/Getty Images

One of the biggest threats to speech today are the attempts to silence social movements, including those advocating for Palestinian rights, Black liberation in the United States, Indigenous rights and environmental progress. Whether it’s the attempts to create federal or state laws banning political boycotts or criticism of Israel (including the Boycott, Divestment, Sanctions tactic), targeting environmental protest or preventing students and faculty on college campuses from expressing their views or engaging in peaceable assembly, the silencing of one side of the debate is precisely what our First Amendment protects against.

The march’s agenda also includes three specific policy priorities which are universal health care for all, an equal rights amendment to the constitution and ending war.

Linda Sarsour, one of the leaders of the Women’s March, promoted the movement during her speech at Saturday’s rally.

This bill was widely opposed by Democrats because it was introduced while the government was shut down. Independent Vermont Senator Bernie Sanders and Democratic Michigan Rep. Rashida Tlaib both criticized Republican Florida Sen. Marco Rubio, who introduced the bill alongside Republican Idaho Sen. James Risch.

The American Israel Public Affairs Committee (AIPAC) is one of the biggest backers of this bill as it would limit protests against Israel.

“We strongly support this legislation because it ensures Israel has the means necessary to defend itself-by itself-against growing threats and helps protect the right of states to counter boycotts against Israel,” an AIPAC spokesman previously told TheDC. “Any contention that the bill infringes upon First Amendment rights is simply wrong. The legislation has no impact on the right of Americans to personally boycott Israel or oppose Israeli policies.”