Donald Trump, Jr. says the media was politically motivated when it promoted a now-discredited BuzzFeed story and when it piled on a group of Catholic schoolboys.

Trump Jr. told Fox News on Monday night that the mainstream media is always looking for “the enemy when it reports the news.” Trump said most media outlets jumped on the BuzzFeed report that suggested President Donald Trump counseled lawyer Michael Cohen to lie to Congress and they showed the same enthusiasm for an altercation between some Catholic students and some activists.

“You had some Catholic schoolboys that were at a right-to-life march, okay? They were wearing a MAGA hat,” Trump Jr. said. “They had to pounce because the media wants that to be true. They want a bunch of nice, Catholic kids — happen to be white — they want them to be the enemy.” (RELATED: The Real Story Behind The Catholic Schoolboys And Their Dust Up With A Native American Veteran)

Trump Jr. said the media’s desire to push a political agenda and not just report the news was the same with the BuzzFeed article that has been dismissed even by special counsel Robert Meuller’s team. “They’re basically leftists policing leftists,” he told Fox, adding that the liberal media “have shot themselves in the foot time and time again.” The author of the BuzzFeed piece continues to insist it is accurate. 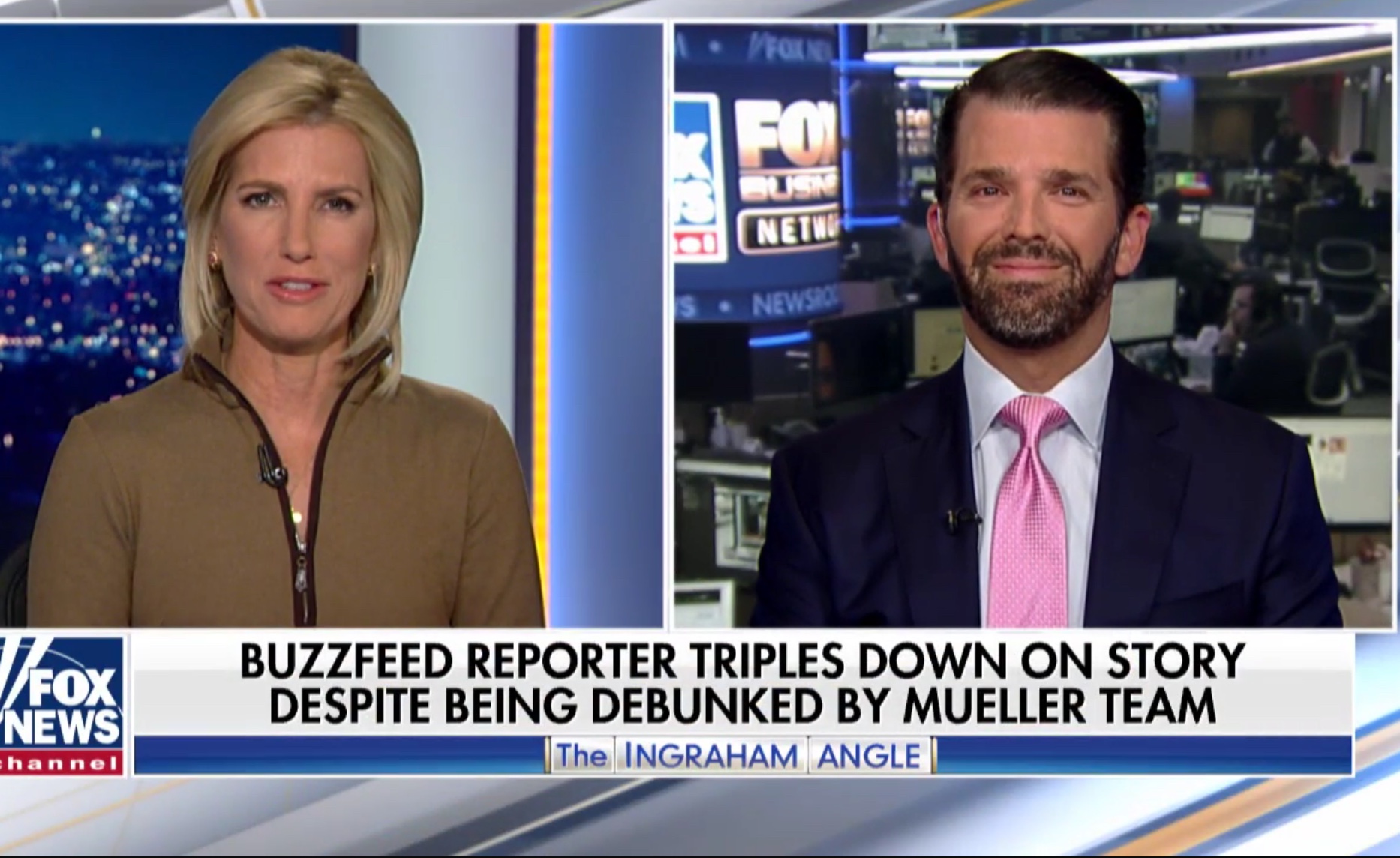 “They need it to be true, Laura,” Trump Jr. told Fox. “They’ve been pushing this nonsense for two years. They’ve found nothing. … If you’re not sure it’s true, don’t push it for 14 hours straight.”

The businessman said his father has done an excellent job at rejuvenating the U.S. economy and wondered how much more he could achieve “without all the noise,” pleading “let him do his job.”