President Donald Trump resubmitted 51 judicial nominations that expired at the end of the last Congress Tuesday night, as Senate Republicans prepare to restart a years-long effort to fill the federal courts with conservative jurists.

That work has slowed significantly in recent months, prompting conservative anxieties about the pace of judicial confirmations.

Two GOP Senate aides told The Daily Caller News Foundation that Republican lawmakers drafted a letter urging the White House to quickly resubmit lapsed judicial nominations, particularly those candidates the Senate Judiciary Committee advanced to the floor for a final vote in the last Congress. Those nominees will not need to reappear for confirmation hearings, though they will need to be voted out of the Judiciary Committee for a second time.

The letter never issued, however, since the president returned the nominations to Congress in short order.

The signatories to the letter are eager for the Republican caucus to spend more time on judicial confirmations since little progress was made on judgeships in the waning days of 2018. Former GOP Sen. Jeff Flake of Arizona, who sat on the Judiciary Committee, refused to confirm judicial nominees from November 2018 until he left office in January, in a bid to force the chamber to adopt legislation protecting special counsel Robert Mueller’s investigation.

During that period, there were 39 nominees pending before the committee and another 32 awaiting a confirmation vote. Though the Senate never enacted the legislation Flake championed, dozens of nominations expired because of his blockade.

The process is further hampered by the nomination of William Barr for the attorney generalship, to the extent that the Judiciary Committee has been forced to direct time and resources away from judges. (RELATED: Supreme Court Takes Up First Gun Rights Case In A Decade)

Among the nominees the president resubmitted Tuesday night are Neomi Rao, Trump’s pick to succeed Justice Brett Kavanaugh on the U.S. Court of Appeals for the D.C. Circuit, and Brian Buescher, a nominee to the federal trial court in Nebraska whose affiliation with the Knights of Columbus drew questions from Democratic lawmakers. 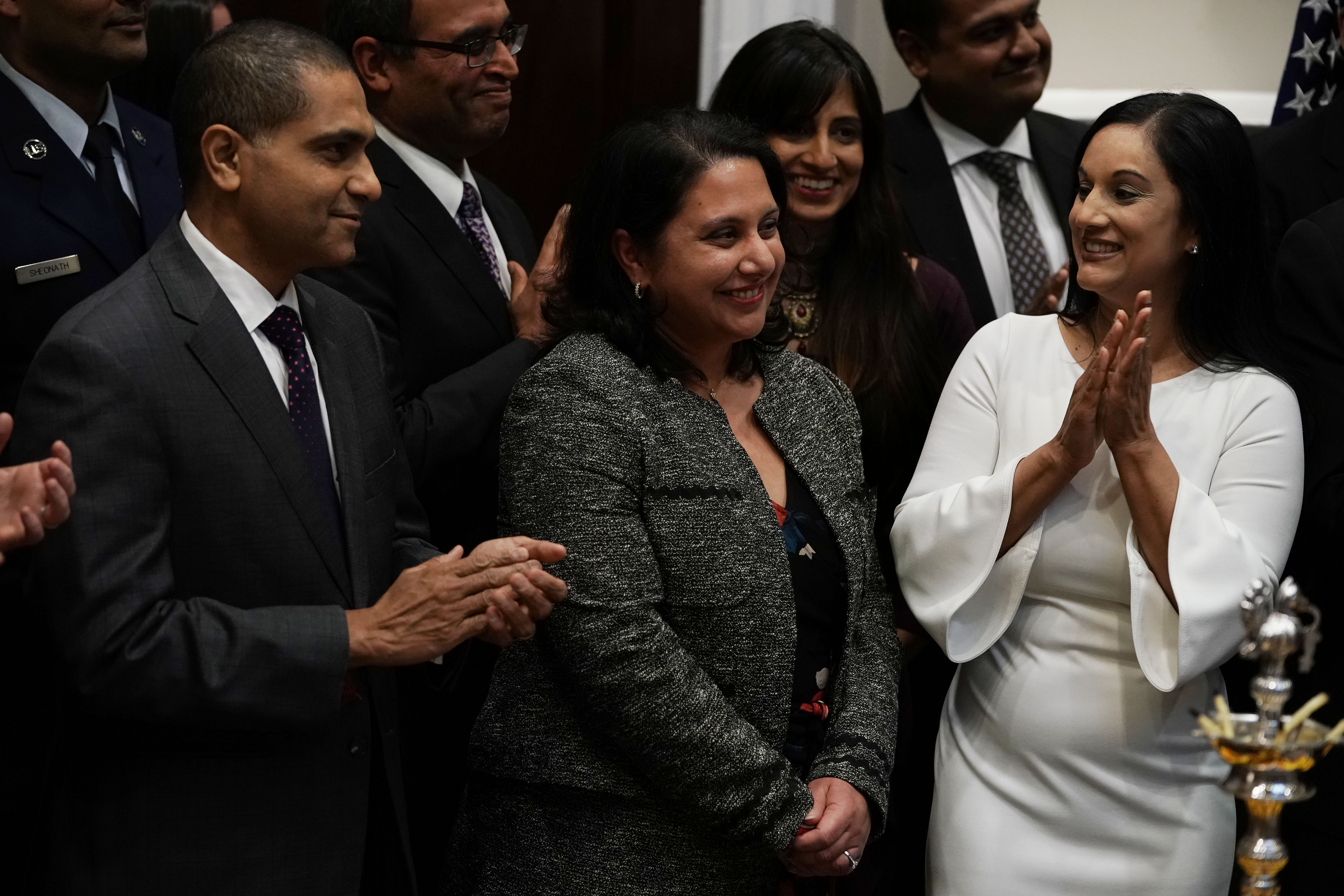 Neomi Rao (C) is introduced during a Diwali ceremony in the Roosevelt Room of the White House on November 13, 2018. (Alex Wong/Getty Images)

There were 125 vacancies when Trump took office. There are now 146 vacancies, according to the Judicial Conference of the United States. That figure increases to 162 when counting pending retirements.

The renomination effort is supplemented by a $1.5 million national and digital ad buy from the Judicial Crisis Network (JCN), a conservative advocacy group that organized and messages on judicial nominations.

“Because of Democrats’ unprecedented obstruction of judicial nominees we now have significantly more vacancies than when President Trump took office,” said Carrie Severino, JCN’s chief counsel. “Senator McConnell has restated his commitment to filling the vacancies and has maintained that this is a Senate priority. It’s time for Democrats to end the bullying and smear campaigns and confirm the judges.”