A select committee tasked with reaching a compromise on border security has broken down, increasing the chances that the federal government will enter another shutdown.

Heading into the weekend, it appeared as if a special bipartisan committee of U.S. representatives and senators would reach a comprehensive deal on immigration, including funding for a wall on the southern border. Democratic lawmakers had last offered around $1.6 billion for wall funding while Republicans were pushing for somewhere north of $2 billion.

Committee members were reportedly close to hashing out a final agreement by the close of the weekend, with a final deal to include more funding for physical barriers in exchange for less migrants detention beds. In fact, legislative text on a funding agreement was expected as early as Monday.

However, negotiations have since soured.

“Talks have broken down because Senate Republicans are refusing to compromise on limits to the Trump administration’s cruel immigration policies,” a senior Democratic aide stated to Fox News. “A deal that includes new physical barriers must also include limits on the number of ICE detention beds. If Senate Republicans won’t compromise with us on both, we can’t reach a deal.”

A Republican aide also said negotiations have broken down over wall funding and Immigration and Customs Enforcement (ICE) beds.

“The wall is a red herring for the Democrats. We got stuck on an interior enforcement cap,” the GOP aide said, referring to the caps on ICE beds. Such a limit on migrant beds would force the White House to prioritize the detention and deportation of only violent criminals, leaving otherwise peaceful illegal aliens free to roam the U.S.

The National Sheriffs Association (NSA) has blasted the proposal to limit the number of detention beds, warning that such a move could release thousands of criminal illegal aliens back into the streets.

“Capping the number of detention beds utilized by ICE not only jeopardizes the integrity of the immigration system, but would cripple ICE’s ability to detain criminal aliens and other aliens who pose a risk to public safety or are a flight risk,” read a portion of the letters from the NSA to members of Congress. 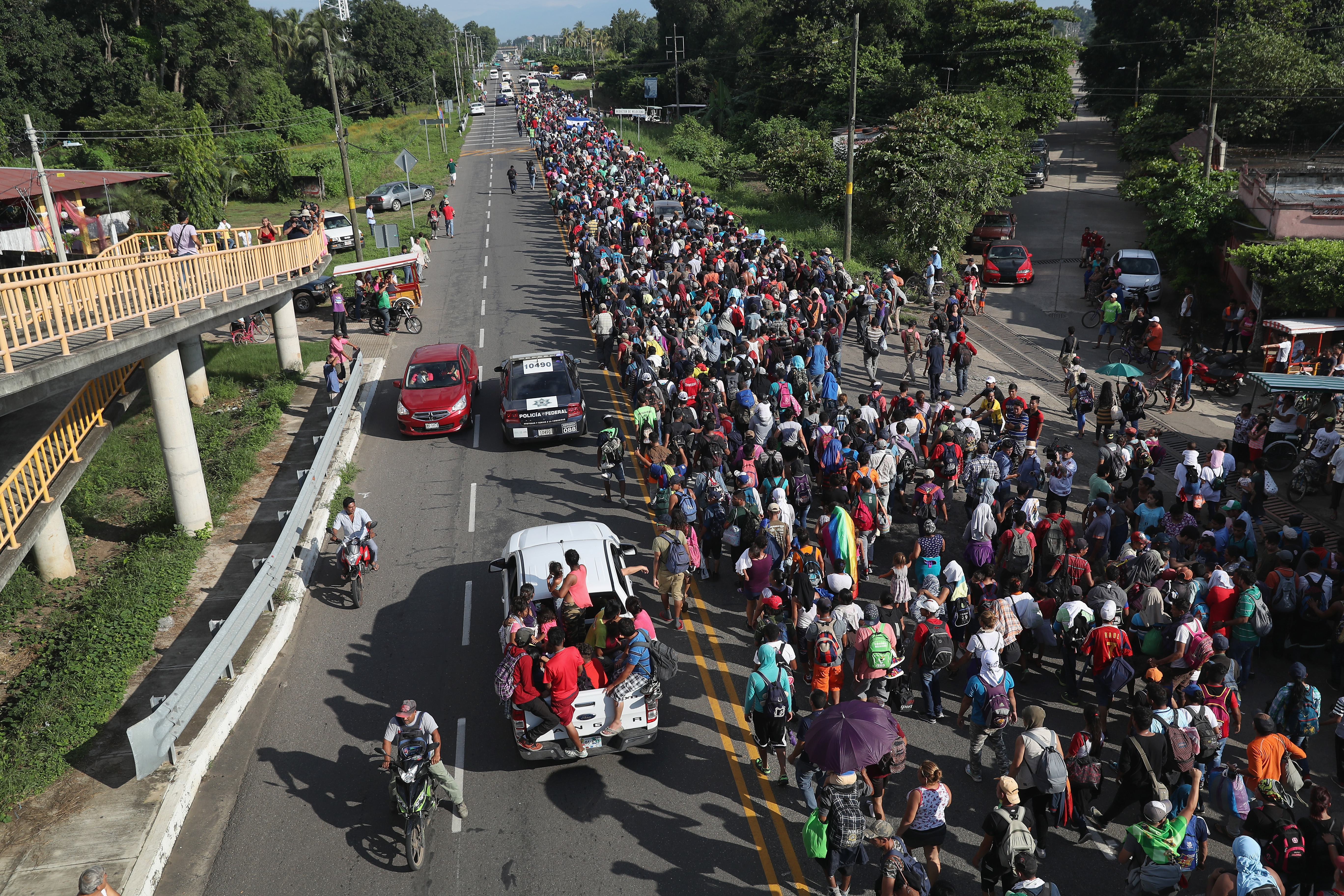 CIUDAD HIDALGO, MEXICO – OCTOBER 21: A migrant caravan walks into the interior of Mexico after crossing the Guatemalan border on October 21, 2018 near Ciudad Hidalgo, Mexico The caravan of Central Americans plans to eventually reach the United States. U.S. President Donald Trump has threatened to cancel the recent trade deal with Mexico and withhold aid to Central American countries if the caravan isn’t stopped before reaching the U.S. (Photo by John Moore/Getty Images)

The breakdown in negotiations comes as a deadline fast approaches. If the committee cannot reach a deal that is signed into law by President Donald Trump by Friday, the federal government will enter into another partial shutdown. Trump on Sunday criticized Democratic members of the committee, saying they are acting “irrationally.” (RELATED: Trump Accuses Democrats Of Pushing For A Government Shutdown To Distract From ‘Very Bad Week’)

The Border Committee Democrats are behaving, all of a sudden, irrationally. Not only are they unwilling to give dollars for the obviously needed Wall (they overrode recommendations of Border Patrol experts), but they don’t even want to take muderers into custody! What’s going on?

The Trump administration has made clear that all options are on the table. Acting White House Chief of Staff Mick Mulvaney on Sunday said the possibility of the president using an emergency declaration to secure wall funding was “absolutely on the table.”

“The president is going to build the wall,” Mulvaney said on Fox News Sunday, adding that the wall “is going to get built with or without Congress.”