Republican senators remain divided in their support for President Donald Trump’s national emergency declaration, despite the leadership pushing for unity.

Republican South Carolina Sen. Tim Scott belongs among those firmly backing the President. He told The Daily Caller News Foundation Thursday, “I don’t have an issue with him declaring a national emergency. I think the fact of the matter is that Congress ceded him the power to make the decisions he’s making. If we don’t like his decisions we should clock back. I support his decision.” 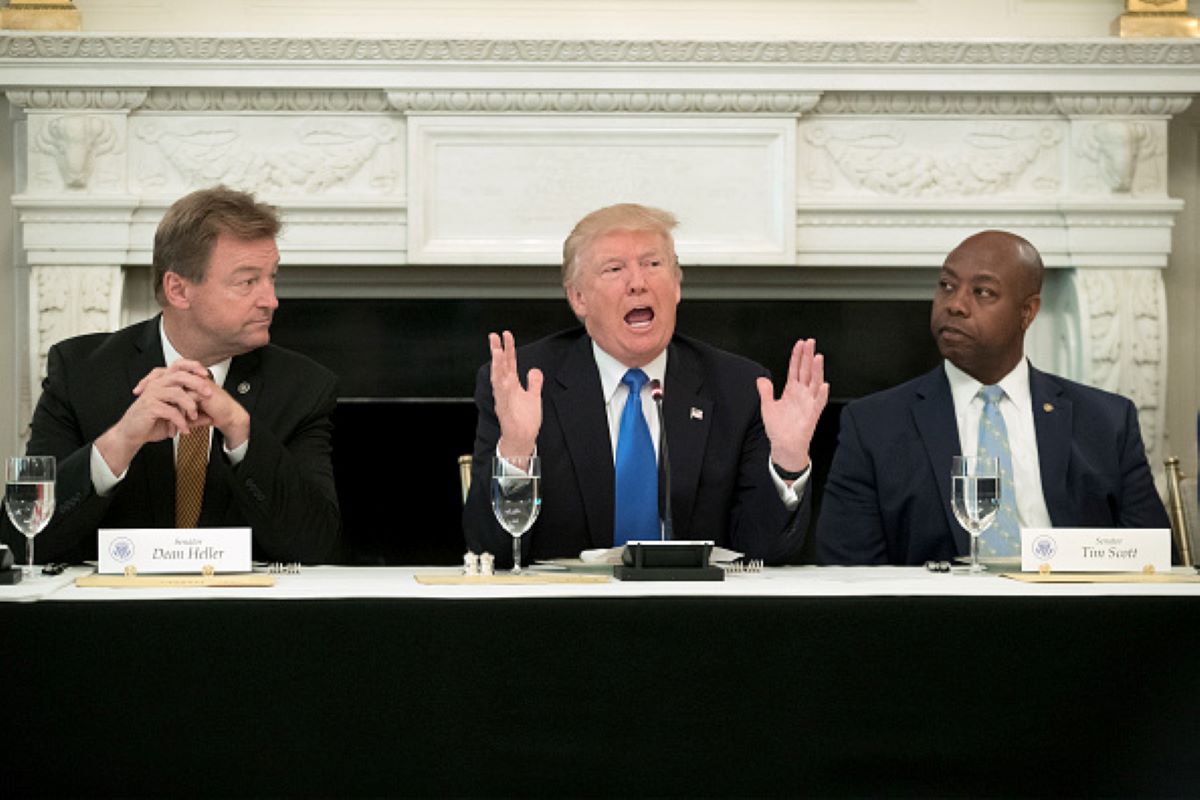 Scott also had some advice for Republican colleagues who were objecting to the declaration on alleged constitutional grounds: “I don’t think it’s that complicated. This is a very easy decision, it’s simple: Do you support the president in his desire to secure our borders? And if that requires an emergency declaration the answer should be not just yes but absolutely yes.”

Scott also added, “Once again, he’s operating in the same fashion that since [1976]. Almost 60 emergency declarations have been declared [since then]. Thirty two are still in place. If there’s a constitutional question, I don’t know what it is.”

Republican West Virginia Sen. Shelley Moore Capito reiterated this sentiment to TheDCNF: “You know, I don’t think it’s a constitutional issue. We gave him the statutory authority to do this. So, I’m supporting the president.”

Among those senators who were supporting the President but partially sympathized with their fellow colleagues’ qualms over the 1976 National Emergency Declaration include Republican Iowa Sen. Chuck Grassley and Republican Texas Sen. John Cornyn. (RELATED: Republican Senators Divided On National Emergency, Border Wall)

When asked by TheDCNF if Trump had the authority to declare a national emergency to secure the southern border, Grassley said “The answer is yes because Congress delegated it to him,” adding, “and that’s a mistake that Congress made and he’s taken advantage of some power that the Congress given him. So that’s why I’m going to join [Utah] Senator Lee in his bill that he’s going to put in to rewrite the 1976 law,” referring to the original act that granted the President with broad national emergency powers.

Cornyn agreed on this point, “Congress, for better or for worse Congress delegated authority to the president and we’ve seen based on our research 123 separate instances. So, I think he’s clearly operating within the Constitutional authority Congress gives him.”

He also expressed resentment that it had to be done this way.

“Well, I don’t like it any better than anybody else does. But I think this is sort of this what happens when you have a contrived fight over border barriers that historically has enjoyed the support from both parties. So it’s unfortunate we find ourselves where we are.”

Despite this majority support, not all senators were on board with Trump’s decision to invoke the National Emergency Act for border wall funding.

Republican Utah Sen. Mitt Romney was among the handful of senators who still had not made up his mind, telling TheDCNF, “I’ll let you know when I’m ready on my decision on [the constitutionality of the emergency declaration].”

This noncommittal was likewise echoed by Republican Georgia Sen. Johnny Isakson: “I’m going to vote on that in the next week. And you can follow the vote next week.”

Although the floor vote on the act is not yet scheduled, it is expected to take place at some point next week, before the March recess.

The Senate vote will follow on the heels of the Democratically-controlled House, which voted to strike down Trump’s declaration in a 245-182 on February 26th.