Senate Majority Leader Mitch McConnell held a press conference Thursday to step up his attacks against HR1, the massive election reform bill currently being debated in the House, as a “turkey” and a “parade of horrible,” warning Democrats that supporting the bill will help Republicans win in 2020.

McConnell was defiant when asked why he wouldn’t bring HR1 to the Senate floor. “Because I get to decide what we vote on,” was his response. (RELATED: ACLU Joins Trump Administration And McConnell Against First Major Legislation Of Democratic Congress) 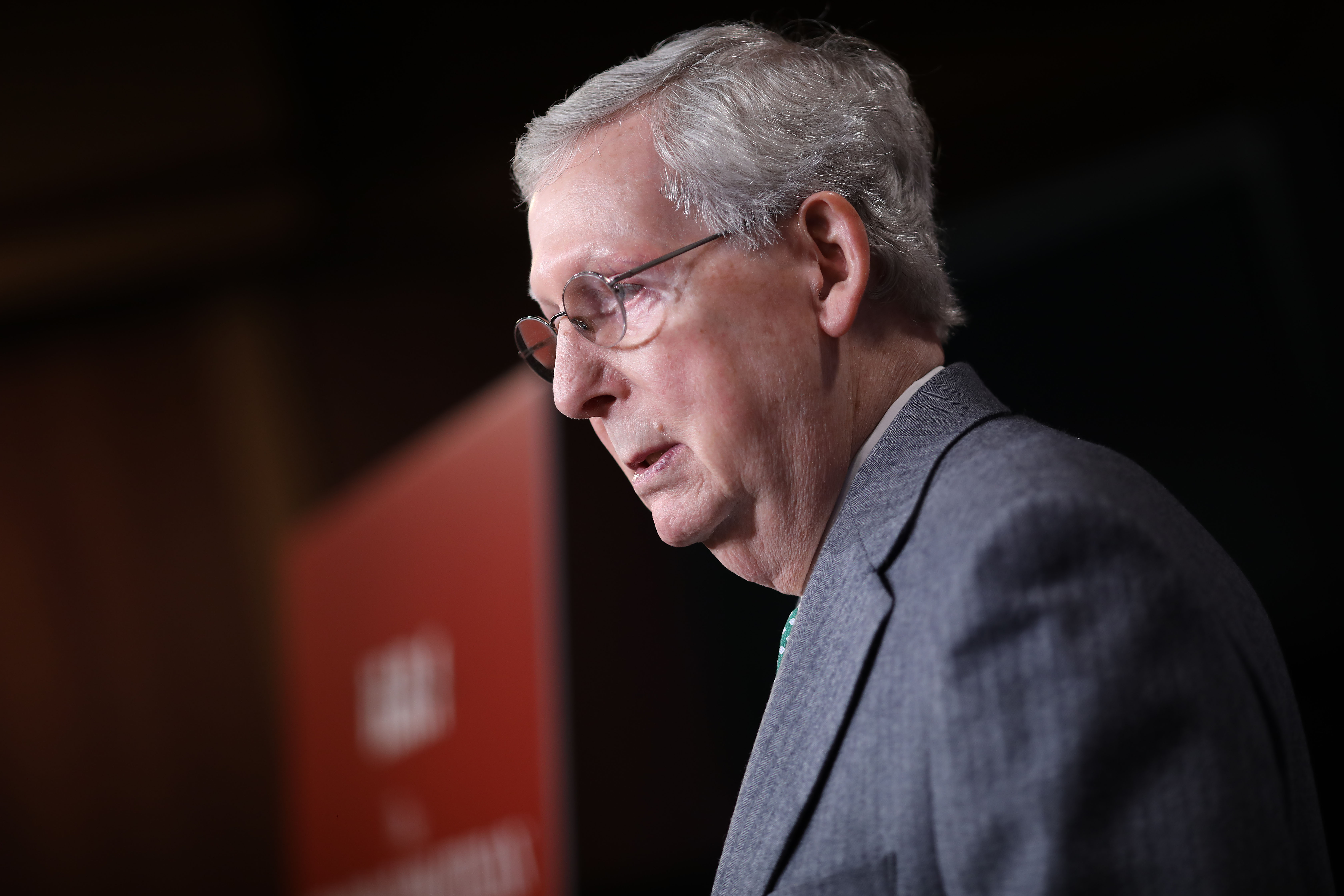 WASHINGTON, DC – MARCH 06: Senate Majority Leader Mitch McConnell speaks on a piece of legislation proposed by the Democratic controlled House of Representatives, H.R. 1, that McConnell calls the “Democrat Politician Protection Act” during a press conference March 6, 2019 in Washington, DC. The term refers to an election reform and campaign finance resolution passed by the Democratic controlled House of Representatives that McConnell has said will not be brought to the Senate floor for a vote. (Photo by Win McNamee/Getty Images)

McConnell criticized the bill again this morning during the Senate’s opening remarks. Of all the provisions he finds troublesome, he took specific issue with the section that would restructure Federal Election Commission (FEC) governance, dismantling the agency’s bi-partisan six member commission in favor of a format he believes will lead to partisan control.

When asked if there was any compromise that would make the bill Senate floor-friendly, McConnell suggested breaking it apart. He would also like to see the issue of ballot harvesting included in the bill, a practice he believes leads to rampant vote fraud.

With 236 House Democrat co-sponsors, the measure is likely to pass this Friday.