The spiritual leader of Qatar’s royal family has called for a Muslim holocaust against Jews, prompting concern about the security of Israelis, Jews, Americans and other “non-believers” during the 2022 World Cup in Doha, Qatar.

Yusuf al Qaradawi, in a Jan. 30, 2009 speech that aired on Qatar’s state-owned Al-Jazeera TV network, said, “Throughout history, Allah has imposed upon the [Jews] people who would punish them for their corruption. The last punishment was carried out by Hitler.”

Qatar’s spiritual leader then went on to praise Hitler saying, “By means of all the things he did to them – even though they exaggerated this issue – he managed to put them in their place.” Following this, he called for an Islamic holocaust against the Jews. “This was divine punishment for them. Allah willing, the next time will be at the hand of the believers.” (RELATED: Al Jazeera Readers Celebrate Orlando Terror Attack)

Two days earlier, Al Jazeera TV aired another speech, in which the radical cleric volunteered personally to “shoot” the Jews and end his life as a martyr for his main cause, which is the annihilation of the Jewish people.

“To conclude my speech, I’d like to say that the only thing I hope for is that as my life approaches its end, Allah will give me an opportunity to go to the land of jihad and resistance, even if in a wheelchair,” Qaradawi said. “I will shoot Allah’s enemies—the Jews—and they will throw a bomb at me, and thus, I will seal my life with martyrdom. Praise be to Allah, Lord of the Worlds. Allah’s mercy and blessings upon you.” 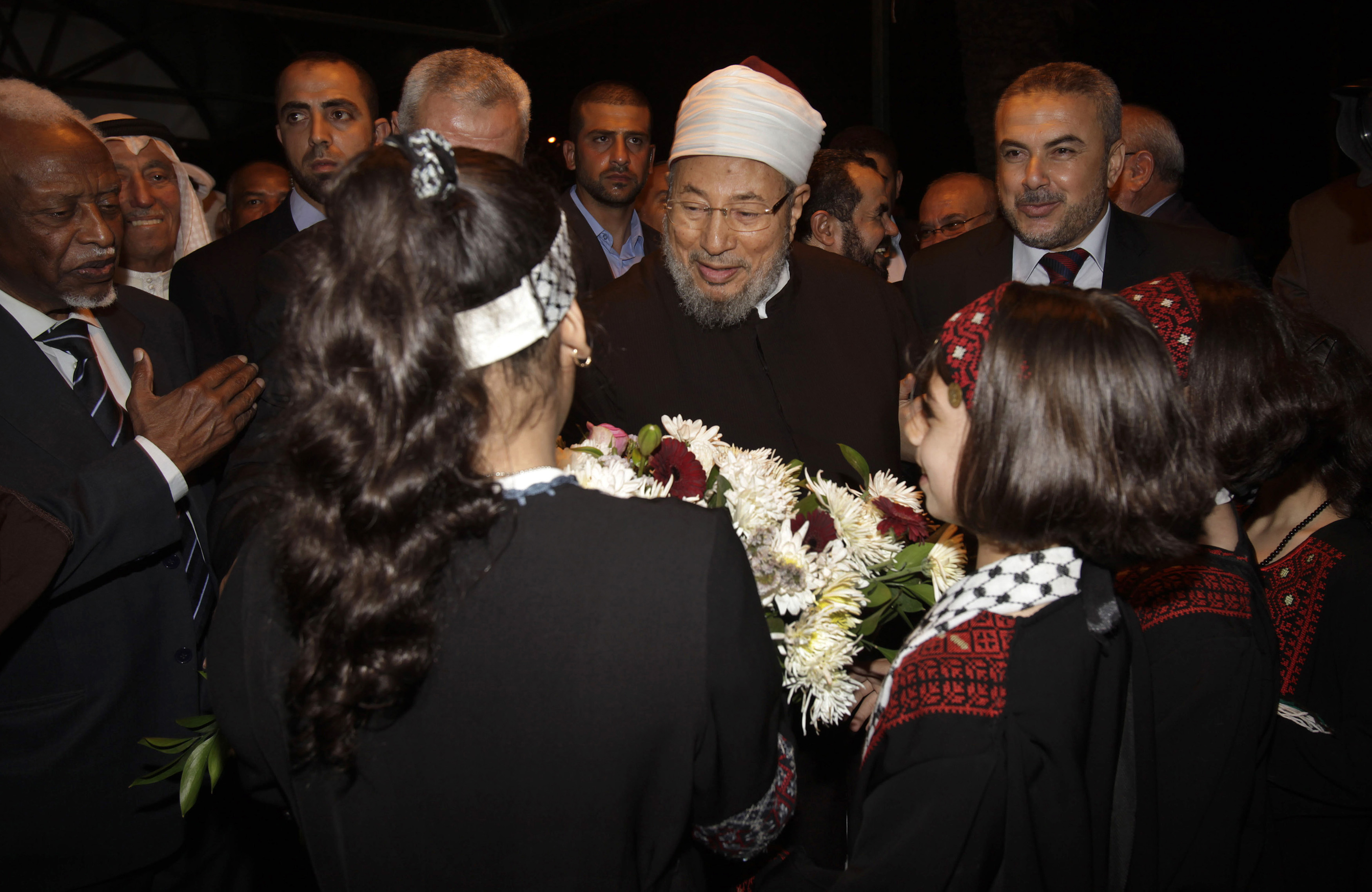 Egyptian Cleric and chairman of the International Union of Muslim Scholars Sheikh Yusuf al-Qaradawi receives flowers from Palestinian girls upon al-Qaradawi’s arrival at Rafah Crossing in the southern Gaza Strip May 8, 2013. (Photo by REUTERS/Ibraheem Abu Mustafa)

The Muslim Brotherhood, founded 1928 in Egypt as a reaction to the fall of the Ottoman Empire, was established as a religious, social and political organization that seeks to promote the move away from secularism and toward an Islamic caliphate ruled by Sharia law.

Banned from Egypt and Europe after the ousting of the Muslim Brotherhood and its leader Mohamed Morsi, Qaradawi created a video in which he called for all Muslims to sacrifice their lives by carrying out jihad in an effort to turn Egypt into an Islamic republic and return power to the Muslim Brotherhood there.

Based on Qaradawi’s encouragement of jihad, Taha fears the 2022 World Cup in Qatar could be the scene of a terrorist attack.

“He has called for his Muslim followers to hate the Jews and kill the Jews,” Taha said. “There could be Munich-like attacks or worse in Qatar at the 2022 World Cup because of Qaradawi’s fatwa.”

He said one of Qaradawi’s dozens of books preaches that “as long as you’re a Muslim and a leader of your group tells you, ‘you can kill this person,’ they will do it.”

Qatar took Qaradawi in after he was expelled for his radical Islamic stance; the nation itself is known for its ties to and material and ideological support for terrorism. Most recently, the Gulf nation made intentional headlines again after it allegedly masterminded the alleged cyber hacking of over 1,400 people, including Americans, as part of a massive influence campaign that took place between 2014-2018. (RELATED: Elite Universities Hide Information On Funding From Ultraconservative Nation Of Qatar)

The hack is considered the second-largest hack ever documented worldwide. 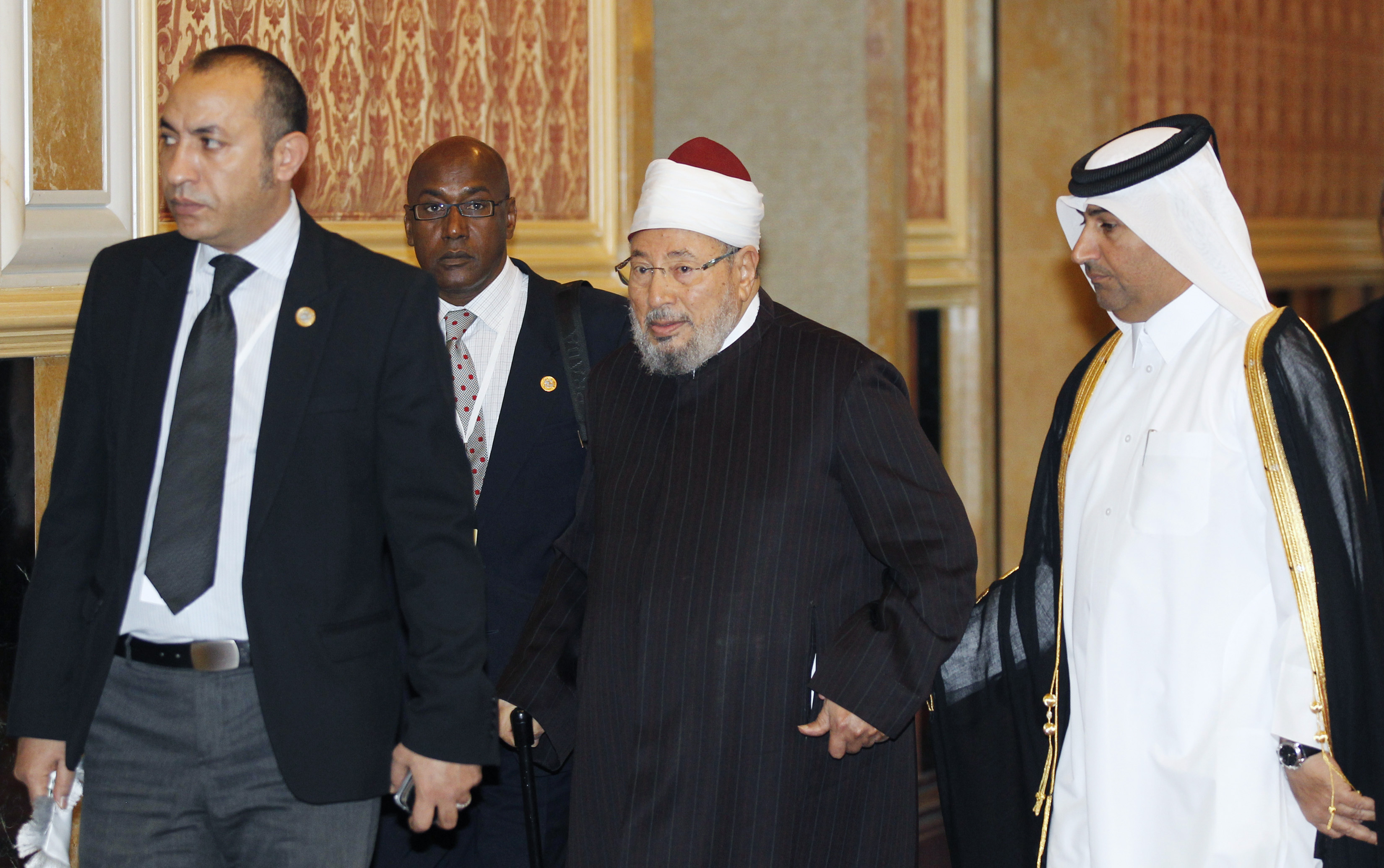 Sheikh Yusuf al-Qaradawi (C) arrives at the opening of the International Conference on Jerusalem in Doha February 26, 2012. (Photo by REUTERS/Mohammed Dabbous)

Qaradawi has authored over 120 books that are sponsored by Qatar and the Qatar Foundation. “But they don’t want to publish that. This reaches all the way to the mosque in Boston,” Taha said, referring to the Islamic Society of Boston Cultural Center in Roxbury, the same mosque that was attended by the two brothers who carried out the 2013 Boston Marathon bombing.

“On Oct. 29, 2018 there was a bombing in Tunisia. The lady who bombed herself listened to the fatwa of Qaradawi and she carried out the attack,” Taha said.

He added, “This drives us to one point: if 2022 ‘World Cup’ takes place in Qatar, something terrible can happen. If the Jewish people and Israelis attend the 2022 World Cup, does that mean the people in Qatar of the Muslim Brotherhood and Qaradawi’s followers in the Middle East will apply his fatwa, which says you can kill the Jews because they are monkeys and pigs? If people apply his fatwa or teachings in 2022, we are going to have a lot of people killed and murdered.” (RELATED: Experts Say Qatar’s ‘Influence War’ Underscores Need For Greater Transparency)

Taha questioned why Qatar has chosen to make Qaradawi the spiritual leader of their nation. “Why not have him come to court and publicly disavow his words? Or why doesn’t he just send out a tweet where he says I’m sorry about what I said about the Jews—I didn’t mean it?” adding, “But he won’t do that, because he strongly believes in it. And his followers are the radicals. Remember he has actually praised Hitler. He hates the Jews and their religion.”

Asked why al Thani is giving Qaradawi cover, Taha said “it’s to give a voice to the Qatari government and the Muslim world to hear Qatar. They’re using him to be well-known and noticed. They are a small country. They are not like the other Arab countries or western countries. But when he goes live from Qatar to speak, people know who he is and then Qatar gets more notice and attention.” 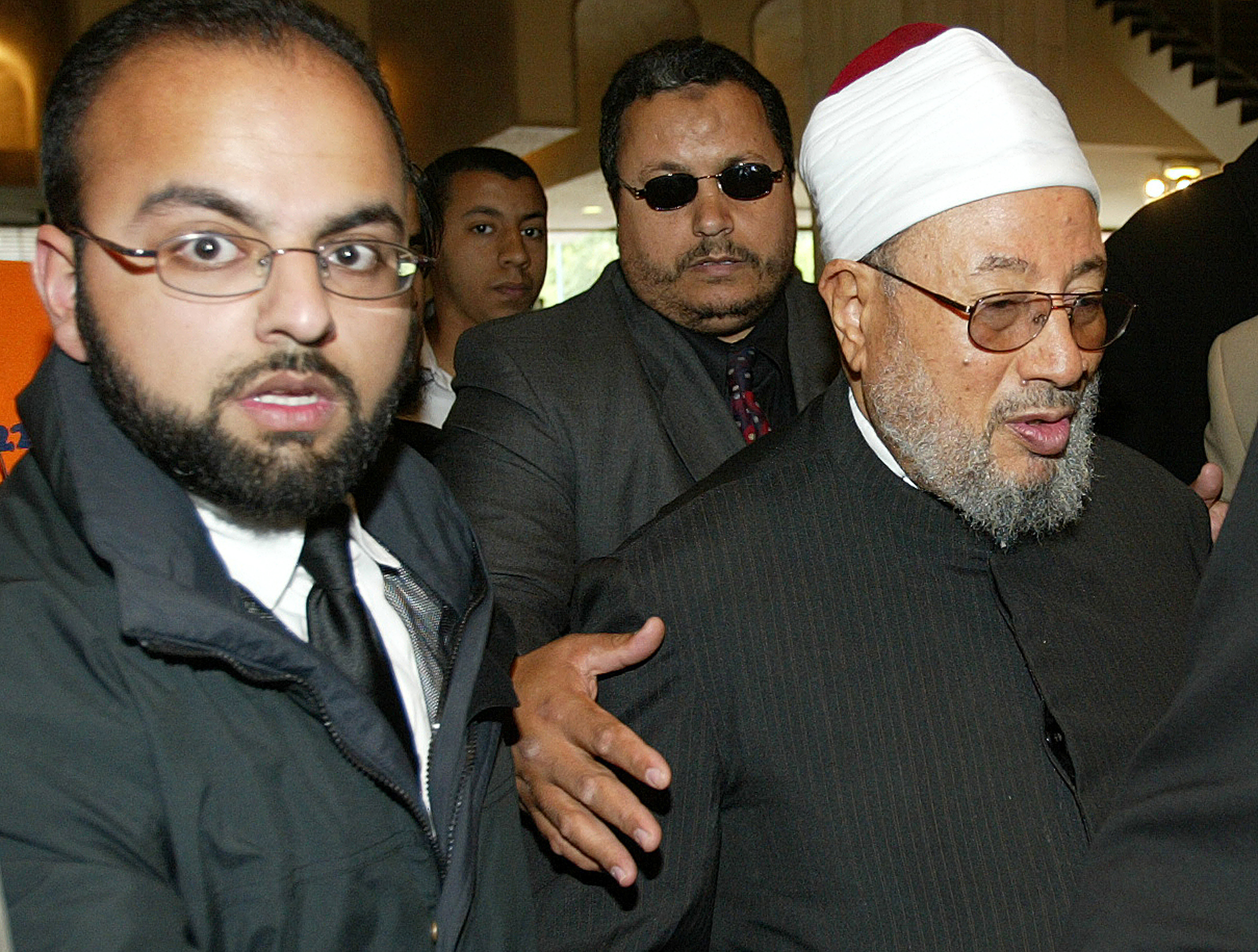 Middle East and national security experts have long warned the west about radicals like Qaradawi. Lebanese-born terror expert Walid Phares told the Caller, “When I was warning about Qatar and the Muslim Brotherhood, no one was listening. And now, finally, they are.”

In a 2007 interview with the now-defunct Weekly Standard, Phares said, “al-Qaradawi produced most of the doctrinal foundations for Jihadi radicalism since the mid-1990s, including the incitement for Jihadists to defeat the Africans in southern Sudan, the Middle East minorities, and women’s movements. Al-Qaradawi [calls for the] further Talibanization of the Muslim world.”

“Honestly? I don’t trust Qatar in 2022,” said Hazem Faraj, an ex-Muslim activist and director of the upcoming film “Amriki,” which tells the story of radicalized Muslims who walked away from Sharia. “If anyone believes in the Arab people to change for the better, it’s me. In fact, I don’t believe their governments have control over the crisis that lurks in Arab society; the radicals and their messages.” (RELATED: Republicans Propose Bills Designating Iranian Guard And Muslim Brotherhood As Terror Groups)

Farraj said Qaradawi “gave me the creeps every time I was forced to listen to him because my father would. He was angry, poisonous and anti-Semitic.”

“The fact that Qaradawi could sway millions of people and call for bloodshed in Egypt’s Tahrir Square and be welcomed by official governments is disconcerting to say the least,” Farraj continued. “For us to sit on the sidelines and fool ourselves into thinking that this leader of evil terrorism won’t strike again—and that at one of the greatest events in the world—is doing an injustice to logic, reason, and innocent sports fans; people who come to these cultural events in good spirits.”