The move was expected, since the house speaker awards the space to senior staff and leadership. Assignments rotate with the beginning of each Congress, a Democratic aide told NPR. Democrats captured the House majority in the 2018 midterm elections. 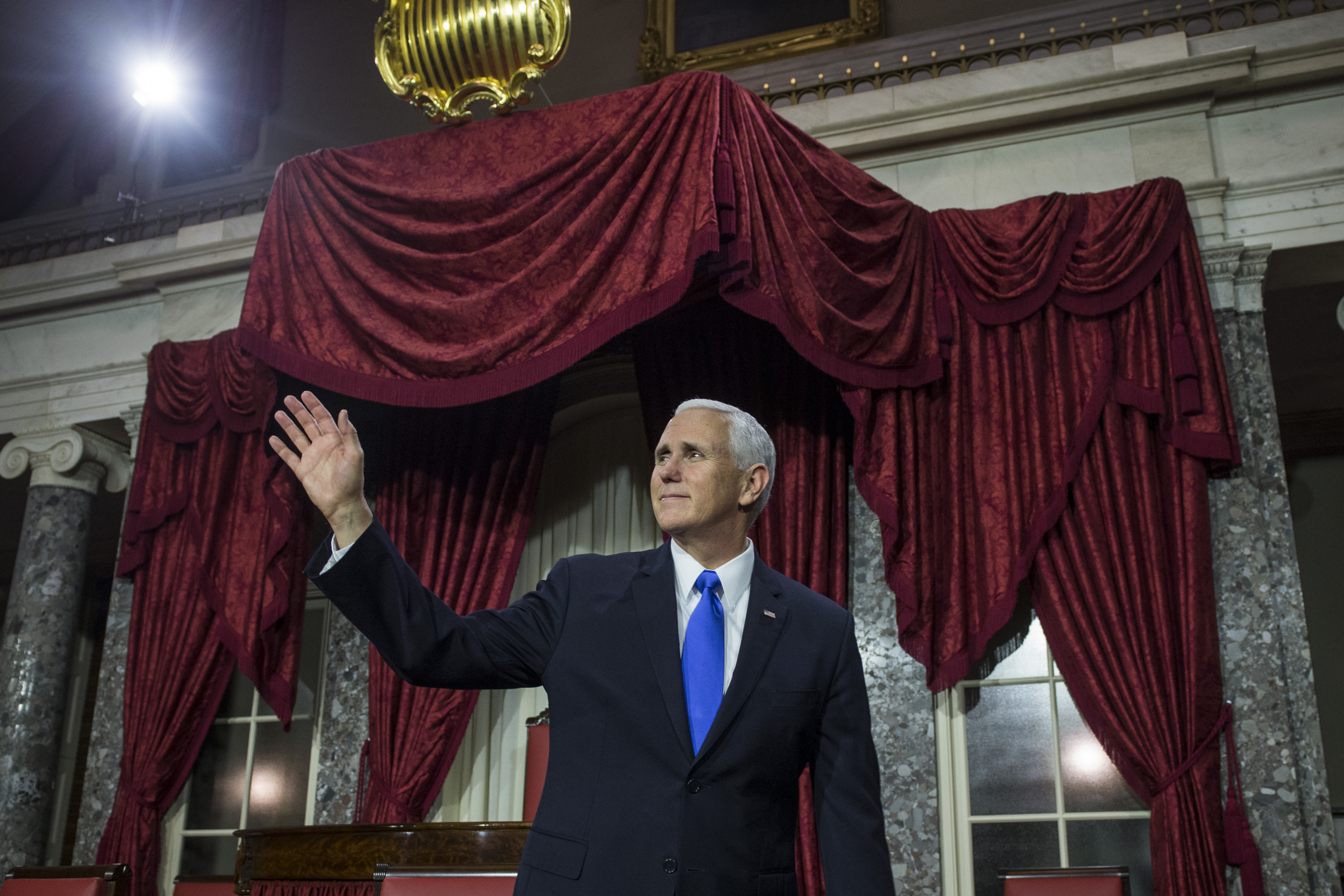 Vice President Mike Pence waves after a mock swearing in ceremony for members of the U.S. Senate on Capitol Hill on January 3, 2019 in Washington, DC. (Photo by Zach Gibson/Getty Images)

As president of the U.S. Senate, the vice president retains his traditionally held office on the Senate side of the U.S. Capitol Building. Former Republican House Speaker Dennis Hastert offered then-Vice President Dick Cheney office space on the Capitol as well.

The entire administration is not unwelcome, however, as Pelosi assigned the White House legislative affairs team other House office space it did not have under Ryan.

The vice president’s signage has been removed, NPR reported. The office is vacant for now.

Pelosi’s office did not immediately respond to a request for comment.