Vice President Mike Pence said he plans on sending astronauts to the moon by 2024, and that the next group to go to the moon will include an American woman for the first time in history.

Pence’s comments come as President Donald Trump has been pushing for a Space Force, signing a directive to place it under the Air Force in February. The Pentagon submitted a proposal to Congress on March 1, which if approved, would begin the creation of a Space Force.

The vice president asked Congress to appropriate $8 billion over the next five years for Trump’s Space Force during an August 2018 speech at the Pentagon. (RELATED: Vice President Pence Outlines The Pentagon’s Four Steps For Making The Space Force Happen) 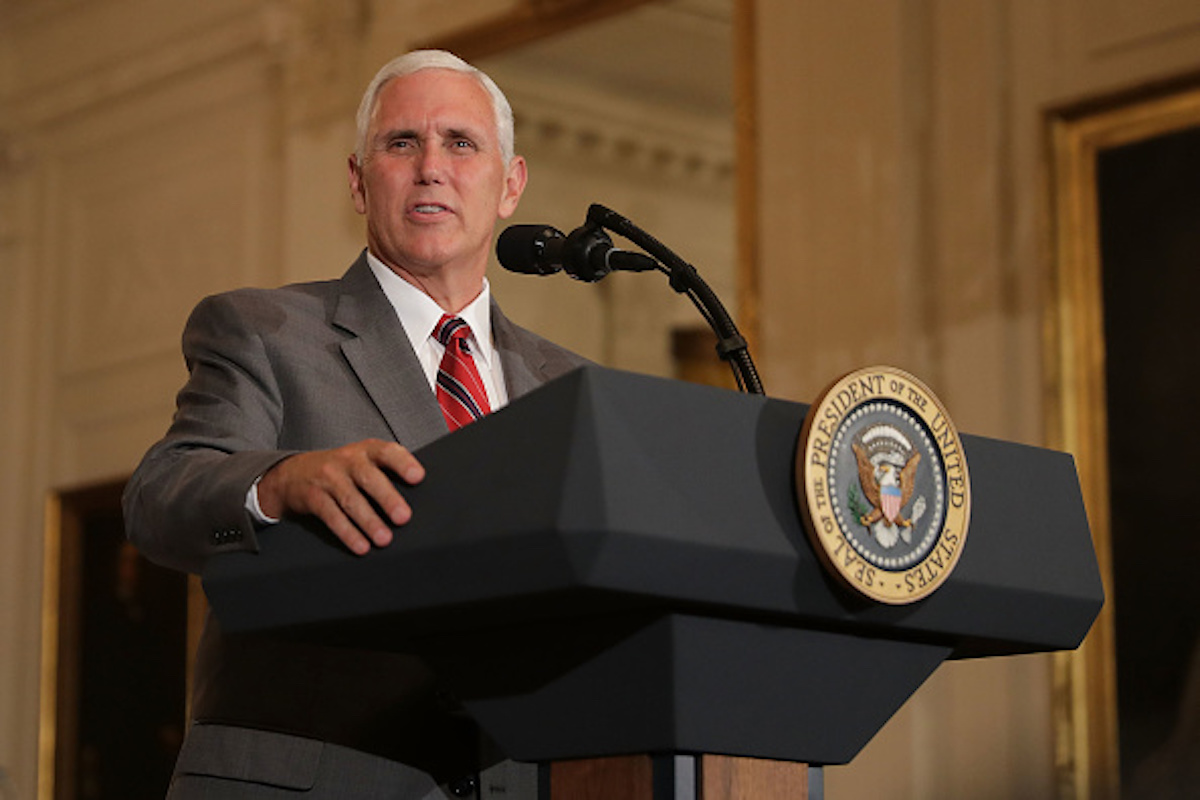 Vice President Mike Pence introduces President Donald Trump during a Made in America product showcase in the East Room of the White House July 17, 2017 in Washington, DC. (Photo by Chip Somodevilla/Getty Images)

Trump first brought up the idea of a Space Force at a rally at the Miramar Marine Corps Air Station base in California in March 2018, receiving a positive reaction from the Marines present in the crowd.