Former Vice President Joe Biden is still polling ahead in the 2020 Democratic primary despite the fact that he’s been swamped with a series of scandals regarding his behavior toward women in the last two weeks.

Biden earned 32% of support in the 18-person Democratic field for president, according to a new poll released Tuesday from Morning Consult.

Support for the former vice president was shown much higher than Independent Vermont Sen. Bernie Sanders who took up second place with 23% support among Democratic voters. “Uncle Joe” Only dropped one percentage point from the same poll last week. 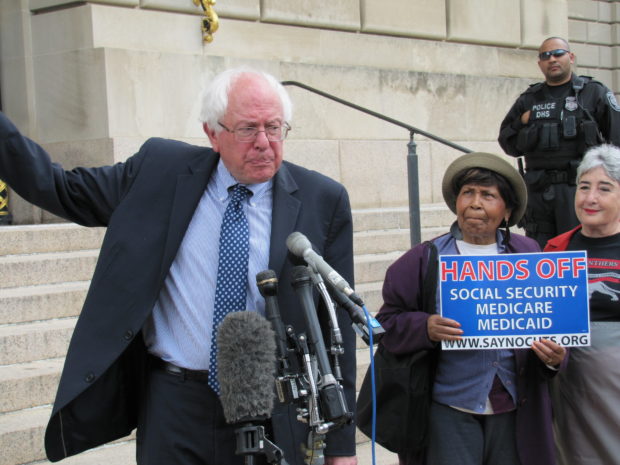 Another interesting point of data was Democratic voters’ second choice. Those who supported Biden told researchers that they would settle for Sanders, and Sanders supporters said the same about Joe Biden, indicating that either candidate was well-liked.  Biden was also the second choice for voters who indicated support for both Harris and O’Rourke.

The former vice president hasn’t officially entered the race, but all indicators agree that Biden is seriously considering a run, and is likely to announce his candidacy.

Morning Consult polled 13,644 registered voters for the survey from April 1 through April 7 and carried a margin of error of 1 percentage point in either direction.

Earlier this month, political gambling markets appeared to endorse Buttigieg and Sanders over Biden after he lost three points in the market immediately following the first allegations that Biden touched multiple women in professional settings against their will.