Former Director of National Intelligence James Clapper said he is stunned by Attorney General William Barr’s suggestion at a Wednesday hearing that the FBI is guilty of “spying” on then-presidential candidate’s Donald Trump’s 2016 campaign.

The former director of national intelligence was accused of lying to Congress in 2013 when he told Oregon Democratic Sen. Ron Wyden that the National Security Agency doesn’t collect data on Americans — which is not technically true. 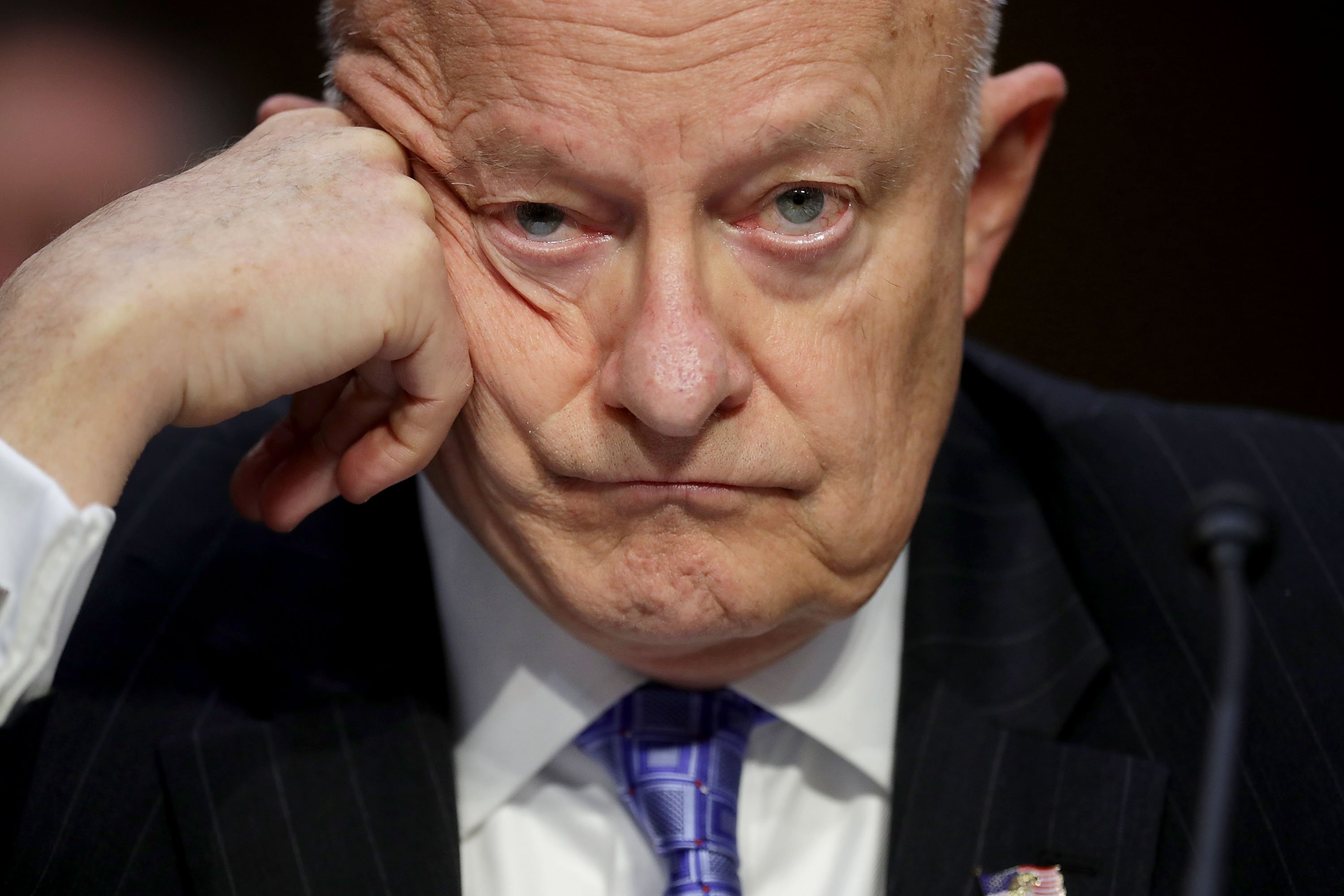 A report from The Guardian uncovered information confirming the NSA collects phone metadata on millions of Americans. However, “the classified and high stakes nature of the NSA’s national security apparatus in question, along with the public setting of the hearing, makes it difficult to conclude if Clapper was ‘lying’ or not,” The Daily Caller previously reported.

After The Guardian’s report fact-checked Clapper’s statements, the former intelligence director suggested he “made a mistake” during an appearance in “The View” to defend his mendacity. Trump has called Clapper a “lying machine.”

“Clapper lied about (fraudulent) Dossier leaks to CNN” @foxandfriends FoxNews He is a lying machine who now works for Fake News CNN.

When asked his thoughts on Barr’s comments, Clapper told CNN, “I thought it was both stunning and scary. I was amazed at that and rather disappointed that the attorney general would say such a thing. The term ‘spying’ has all kinds of negative connotations and I have to believe he chose that term deliberately.”

Barr made the spying comments during an exchange with Democratic New Hampshire Sen. Jeanne Shaheen while he was appearing before the Senate Appropriations Subcommittee.

According to Fox News, Barr has also brought together an investigative “team” to further assess why the FBI began a surveillance operation on the Trump campaign, given that the Mueller report could find no evidence of Russian collusion conspiracy theory.

Clapper told CNN that Barr should not be expressing his opinions about FBI spying in public and should have instead asked the bureau’s inspector general whether Foreign Intelligence Surveillance Act (FISA) warrants were inappropriately or unlawfully obtained. (RELATED: Clapper: It’s ‘A Good Thing’ FBI Was Spying On Trump Campaign) 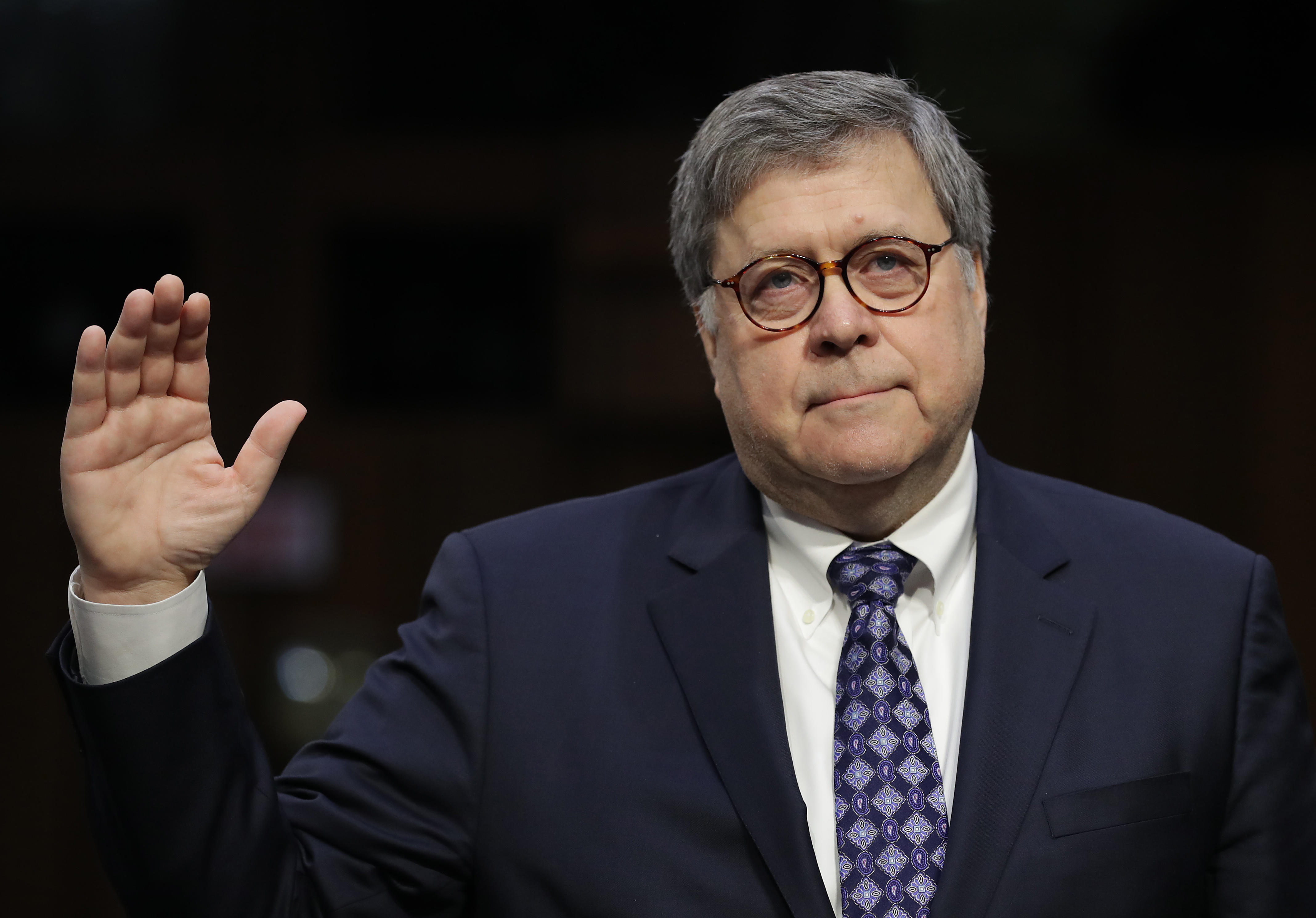 U.S. Attorney General nominee William Barr (C) is sworn in prior to testifying at his confirmation hearing before the Senate Judiciary Committee (Photo by Chip Somodevilla/Getty Images)

“It would have been far more appropriate for him to just defer to that investigation rather than postulating with apparently no evidence. He just has a feeling that there was spying against the campaign,” Clapper said.

Clapper suggested that Barr’s suspicions are completely unfounded and that “we’re focusing on this circus about whether or not somebody was spying on the campaign, which is, I think, a gross misstatement,” he said.

Like Clapper, Former CIA Director John Brennan also made his own “gross misstatements” when he testified before Congress in May 2017 that there was” evidence of contact between Russian officials and Trump campaigners,” the Caller reported.

When asked on MSNBC’s “Morning Joe” if he was surprised about the lack of collusion evidence Barr discovered in the Mueller report, Brennan responded, “I received bad information, but I think I suspected there was more than there actually was. I am relieved that it’s been determined there was not a criminal conspiracy with the Russian government over our election. I think that is good news for the country.”

Trump called Brennan a liar, as well, during an appearance on Fox News’ “Hannity.” The president told the talk show host, “Brennan lied. Many of these people lied to Congress and nothing happened. I think Brennan is a sick person. I think there’s something wrong for him. And I watch — for him to come out of the CIA and act that way was so disrespectful to the country and to the CIA and to the position he held.”