A couple in Texas was sentenced to several years of prison for enslaving a Guinean girl for 16 years Monday.

Mohamed Touré and Denise Cros-Touré, both 58, were both sentenced to seven years of prison and one five-year prison term to be served simultaneously, The Associated Press reported Monday. The couple also must serve three years of supervised release after prison and owe the woman nearly $300,000 in restitution.

The victim could have been brought to the U.S. as young as 5-years-old and as old as 13 in 2000. She was required to cook and work in the Tourés’ home until she escaped and told officials, according to The AP.

The couple were legal permanent U.S. residents, but could lose their immigration statuses and be deported to Guinea due to the convictions, the DOJ reported.

The Tourés abused the victim when she did not follow through on orders, according to a Monday Justice Department press release. The victim was reportedly called a “dog,” was beaten with an electrical cord, was forced to shave her head and was made to sleep by herself in a park among other punishments.

“Forced labor trafficking cases are notoriously difficult to prosecute — in part because victims are often afraid to speak out,” U.S. Attorney Erin Nealy Cox said in the press statement. “It took tremendous courage for this young woman to share her story at trial. She was brought to this country at a young age, pressured to stay quiet, and forced to work for this family without pay for 16 years.” 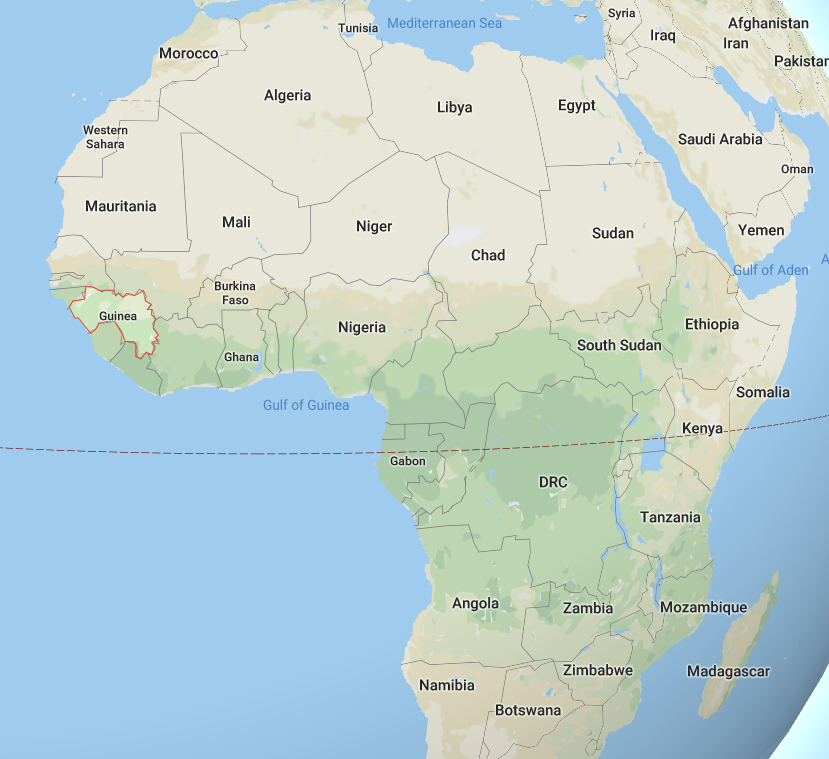 Guinea is a county in west Africa. Screenshot/Google Maps

The couple was convicted in January. The original prison sentences were for 20 years, but U.S. District Judge Reed O’Conner reduced the time, according to The AP.

“I think he saw through the exaggerations and lies of the prosecution,”  Cros-Touré’s attorney Scott Palmer said regarding the prison time reduction, The AP reported. (RELATED: Georgetown Students Vote To Pay For Slavery Reparations)

The Tourés are the son and daughter-in-law of the Ahmed Sekou Touré, Guinea’s first president. Sekou Touré helped free Guinea from France’s rule in 1958 and was president until his death in 1984, according to The AP.