New York Democratic Rep. Alexandria Ocasio-Cortez said “you’d have to have the social intelligence of a sea sponge” to take her literally when she invoked a 12-year deadline to stop “world ending” global warming.

However, at least five Democrats running for president in 2020 invoked the “12 years left” talking point as a sign of how seriously they took climate change to build support among the environmental left. (RELATED: Ocasio-Cortez Rebuffs ‘Fact-Checkers,’ Says The World Ending In 12 Years Was ‘Dry Humor’)

In January, Ocasio-Cortez said young people were worried “the world is going to end in 12 years if we don’t address climate change.” In April, Ocasio-Cortez warned again there were only 12 years left and that “for everyone who wants to make a joke about that, you may laugh, but your grandkids will not.”

On Sunday, however, Ocasio-Cortez seemingly flipped her position on the 12-year deadline. Her “world ending” warning was only “dry humor,” and that “you’d have to have the social intelligence of a sea sponge to think it’s literal,” she tweeted. 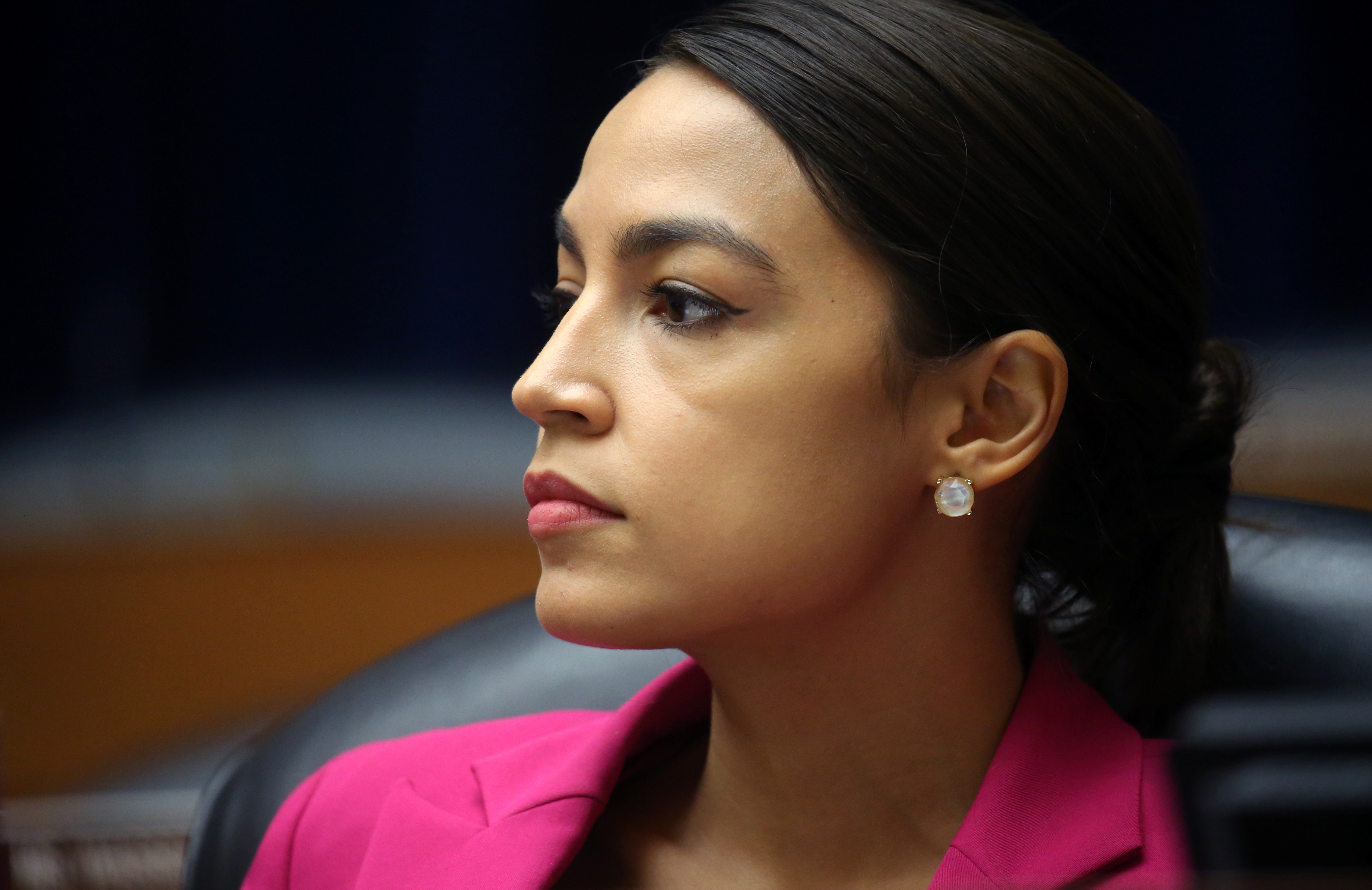 U.S. Rep Alexandria Ocasio-Cortez (D-NY) listens during a House Oversight and Government Reform hearing on the “Trump Administration’s Response to the Drug Crisis-Part II” on Capitol Hill in Washington, U.S., May 9, 2019. REUTERS/Leah Millis. 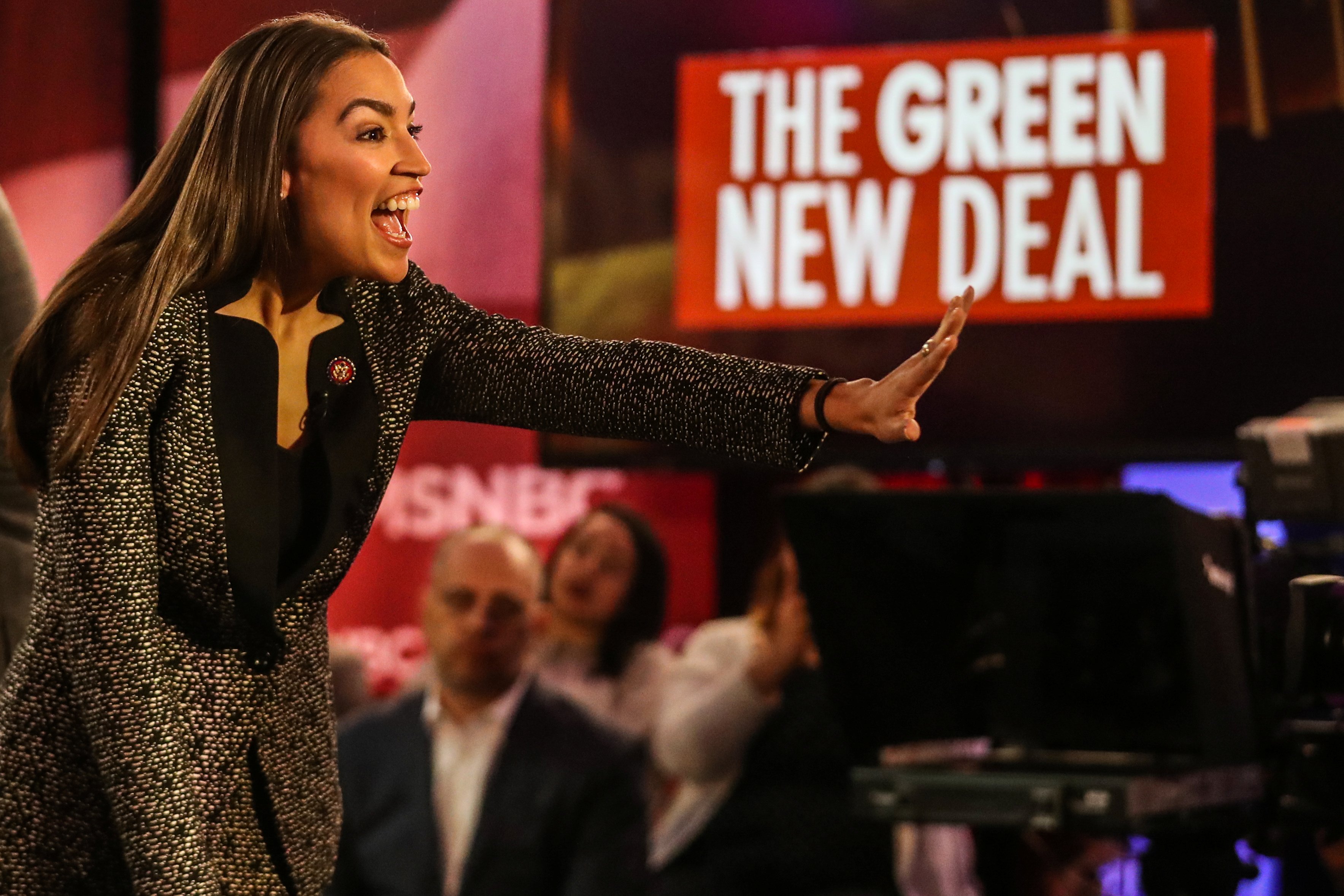 The supposed 12-year deadline is embedded in the Green New Deal, which Ocasio-Cortez and Democratic Massachusetts Sen. Ed Markey introduced in February. The bill calls for a complete transformation of the U.S. economy within 10 years based on an October United Nations report.

That report said global greenhouse gas emissions needed to fall 45 percent below 2010 levels by 2030, then to zero by 2050, to avoid warming above 1.5 degrees Celsius by 2100. Media outlets, politicians and activists incorrectly took this to mean there’s only 12 years left to avoid climate catastrophe.

“And when it comes to environmental issues, climate change, we have 12 years,” New Jersey Democratic Sen. Cory Booker said in April at the “She the People” forum in Houston, Texas.

Vermont Independent Sen. Bernie Sanders warned “we have all of 12 years to significantly cut carbon emissions or else their will be irreparable damage to the United States and countries all over the world.” Sanders co-sponsored the Senate version of the Green New Deal.

“Every day we fail to act will be to our collective consequence. The UN has already said over the next 12 years if we don’t get this straight there will be severe consequences,” Harris said in a CNN town hall held in April.

Former Vice President Joe Biden, the current front-runner, warned in January that the U.N. “told us, whether you agree with the exact number, that we have 12 years to act before it’s irreversible.”

Former Texas Democratic Rep. Beto O’Rourke also invoked the 12-year deadline, but more recently he warned of the “10 years we have left to us” to fight global warming.