Nationwide injunctions prohibit the federal government from enforcing a particular law or policy across the entire country. Progressive cause lawyering groups have used such injunctions to stymie a wide array of Trump policy priorities.

“Since President Trump took office, federal district courts have issued 37 nationwide injunctions against the executive branch — that’s more than one a month,” Barr said during a Tuesday evening speech to the American Law Institute.

“According to the [Justice] Department’s best estimates, courts issued only 27 nationwide injunctions­ in all of the 20th century,” he added, before bristling at the notion that the disparity is a function of the president’s “lawlessness.”

Appeals of those injunctions have since reached the Supreme Court, though the justices have declined to broach the issue for months. As a result, Barr says the nationwide injunctions have paralyzed political debates around immigration, culminating in the 35-day government shutdown that extended from December 2018 to January 2019. (RELATED: Forget Alabama. These Abortion Cases Are In Front Of The Supreme Court Right Now) 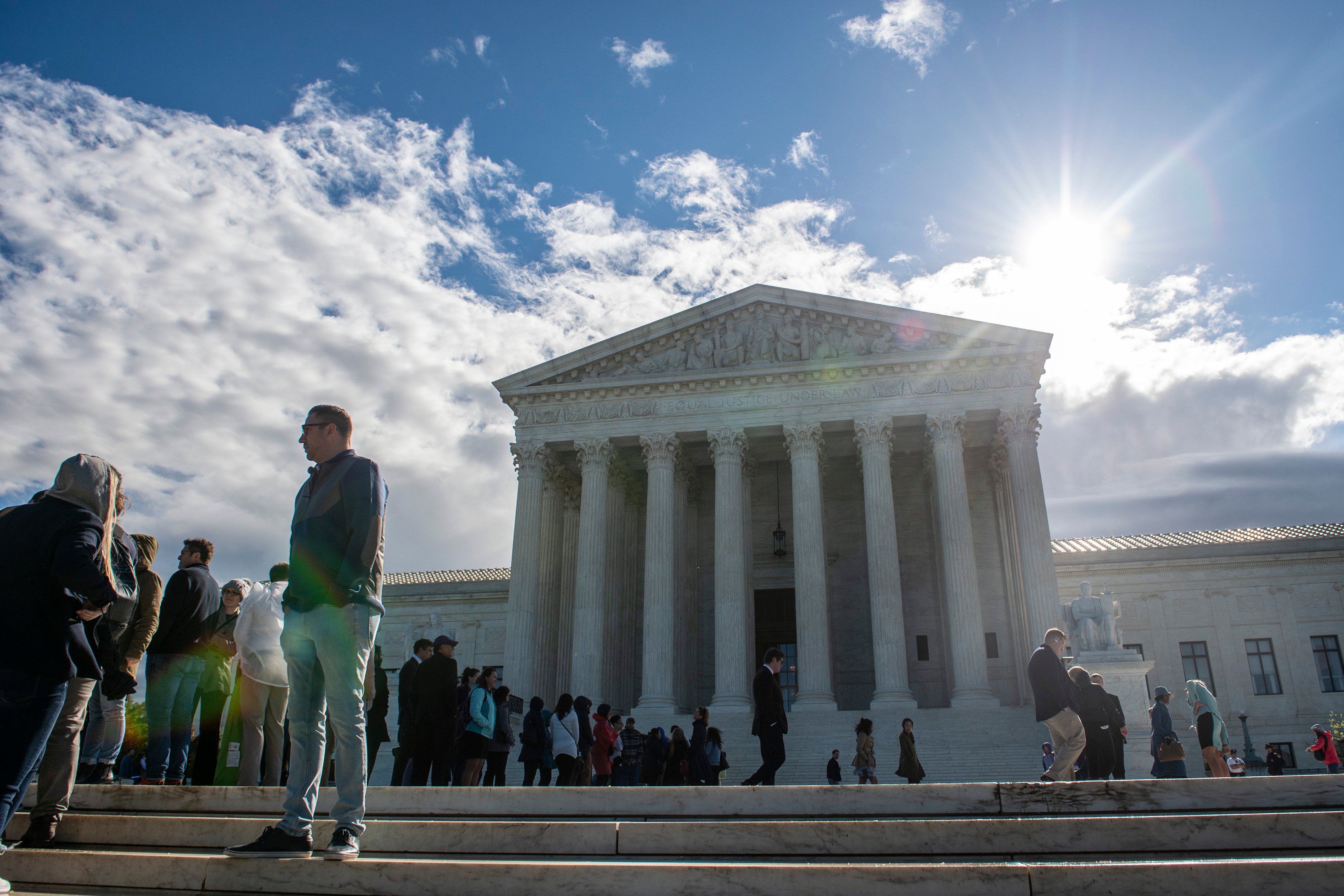 “What have these nationwide injunctions wrought? Dreamers remain in limbo, the political process has been pre-empted, and we have had over a year of bitter political division that included a government shutdown of unprecedented length,” Barr said. “Meanwhile, the humanitarian crisis at our southern border persists, while legislative efforts remain frozen as both sides await the courts’ word on DACA and other immigration issues.”

Aside from the DACA cases, nationwide injunctions are also in effect against the administration’s bid to strip so-called sanctuary cities of federal funds, among other items.

Barr leveled other arguments against nationwide injunctions. He said such orders inflate the power of a single federal trial judge, turn ordinary cases into emergency situations requiring prompt resolution, and undermine public confidence in the judiciary, to the extent that lawyers bring cases in ideologically-friendly jurisdictions. Such “forum shopping,” he said, creates the impression of partisanship in judging.

“Nationwide injunctions undermine the democratic process, depart from history and tradition, violate constitutional principles, and impede sound judicial administration, all at the cost of public confidence in our institutions and particularly in our courts as apolitical decision-makers dispassionately applying objective law,” the attorney general said.

Conservative litigators used nationwide injunctions to good effect against former President Barack Obama. For example, a federal trial judge in Texas enjoined enforcement of an administration policy requiring that public schools allow students to use bathrooms corresponding with their stated gender identity, rather than their biological sex.

Vice President Mike Pence revealed that the administration is looking for an appropriate case in which to ask the Supreme Court to end nationwide injunctions during a May 8 address to the Federalist Society, a conservative lawyers group.