The Trump administration is searching for an appropriate case in which to ask the Supreme Court to end nationwide injunctions, Vice President Mike Pence announced Wednesday in Washington at a Federalist Society conference.

Nationwide injunctions, in which federal trial judges bar the federal government from enforcing a law or carrying out a policy across the entire country, have beset President Donald Trump since he took office. District courts have blocked administration policy priorities on immigration, national security and health care.

“The Supreme Court of the United States must clarify that district judges can decide no more than the cases before them — and it’s imperative that we restore the historic tradition that district judges do not set policy for the whole nation,” Pence told the conservative lawyers group.

“In the days ahead, our administration will seek opportunities to put this question before the Supreme Court — to ensure that decisions affecting every American are made either by those elected to represent the American people or by the highest court in the land,” Pence added.

Attorney General William Barr is involved in the effort, a source with knowledge of the process told The Daily Caller News Foundation. The solicitor general, who represents the U.S. government before the justices, answers to Barr.

Critics marshal a number of arguments against nationwide injunctions — they encourage forum shopping, in which lawyers manufacture a dispute in an ideologically friendly jurisdiction; make emergencies of ordinary cases; empower a single unelected judge to set policy for the whole country and undermine ordinary legal procedure in which multiple courts weigh in on the same legal question before it is resolved by the Supreme Court, a process called “percolation.”

The notion behind percolation is that multiple courts should struggle with the same question of law before the high court’s intervention. A wide range of views can help the justices make an informed choice. In that vein, critics say far-reaching injunctions compromise the respect and deference federal courts owe one another. Respect for fellow judges, the idea goes, should lead judges to limit their rulings to the geographic area in which they have authority.

A dispute as to nationwide injunctions would not reach the high court on its own. Rather, the issue would come attached to an ongoing dispute. (RELATED: Democratic Efforts To Pack The Supreme Court Hit A Big Wall: Public Opinion) 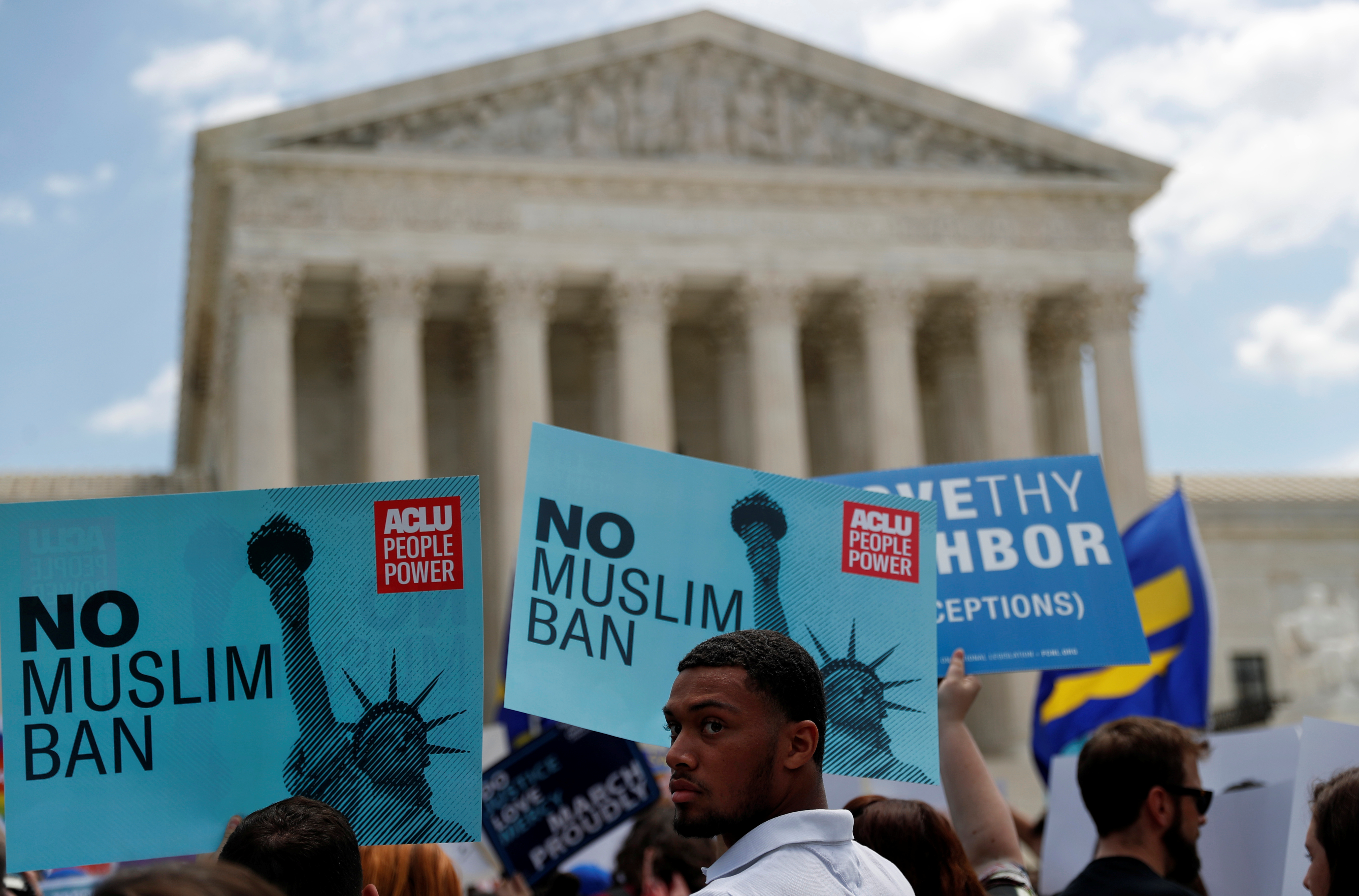 The court has already signaled its receptiveness to such a challenge. Justice Clarence Thomas wrote a short concurring opinion to the 2018 travel ban decision that urged the high court to curtail nationwide injunctions.

“I am skeptical that district courts have the authority to enter universal injunctions,” Thomas wrote. “These injunctions did not emerge until a century and a half after the founding. And they appear to be inconsistent with longstanding limits on equitable relief and the power of Article III courts. If their popularity continues, this Court must address their legality.”

Though the scope of injunctions was before the justices in the travel ban case, the Court did not address the issue because the Trump administration prevailed.

Liberal and conservative lawyers alike used nationwide injunctions to attain their litigation goals. Republican state attorneys general attained such orders from right-leaning courts to block the Obama administration’s transgender bathroom policy and a companion initiative to the Deferred Action for Childhood Arrivals (DACA) policy, which grants temporary amnesty to illegal aliens who arrive in the country as children.

Elsewhere in his remarks, the vice president trumpeted Republican successes on judicial confirmations. The Senate confirmed Trump’s 100th judicial nominee on May 2.

“This president has kept his promise to nominate strong conservatives to our federal courts at every level,” Pence said, noting Judge Joseph Bianco, a Federalist Society member, was confirmed to the 2nd U.S. Circuit Court of Appeals Wednesday morning. After the Bianco confirmation, the Senate teed up a confirmation vote for Michael Park, another 2nd Circuit nominee.