The Trump administration replied Tuesday to incendiary allegations that senior government officials used deception and misrepresentations to hide the true origins of the citizenship question on the 2020 census questionnaire.

In a startling Thursday filing, a group of plaintiffs challenging the citizenship question asked a federal court in Manhattan to sanction the government in light of new evidence purporting to show its misconduct.

“The motion borders on frivolous, and appears to be an attempt to reopen the evidence in this already-closed case and to drag this court into plaintiffs’ eleventh-hour campaign to improperly derail the Supreme Court’s resolution of the government’s appeal,” the administration’s response reads.

“There is no smoking gun here; only smoke and mirrors,” the letter adds.

The plaintiffs charge that new evidence proves a deceased Republican redistricting consultant called Dr. Thomas Hofeller played a significant role in the administration’s decision to add the citizenship question. By their telling, the evidence shows Hofeller and Trump officials hoped to use citizenship data to give “Republicans and non-Hispanic whites” a “structural electoral advantage” during the redistricting process — and that administration aides concealed as much throughout the litigation.

Specifically, the plaintiffs believe senior administration officials relied substantially on a Hofeller study that showed using voting age population as a basis for redistricting — instead of total population — would give Republican candidates a boost. Information from that report allegedly appeared in a Justice Department letter justifying inclusion of the citizenship question, and in drafts proceeding the final product.

The language in the letter and in the report is similar, the plaintiffs say, as is the sequence of the factual presentations. (RELATED: Federal Judge Blocks House Bid To Stop Trump’s Border Wall)

“Their pattern-matching exercise reads more like the product of a conspiracy theorist than a careful legal analysis,” the Justice Department said in response. 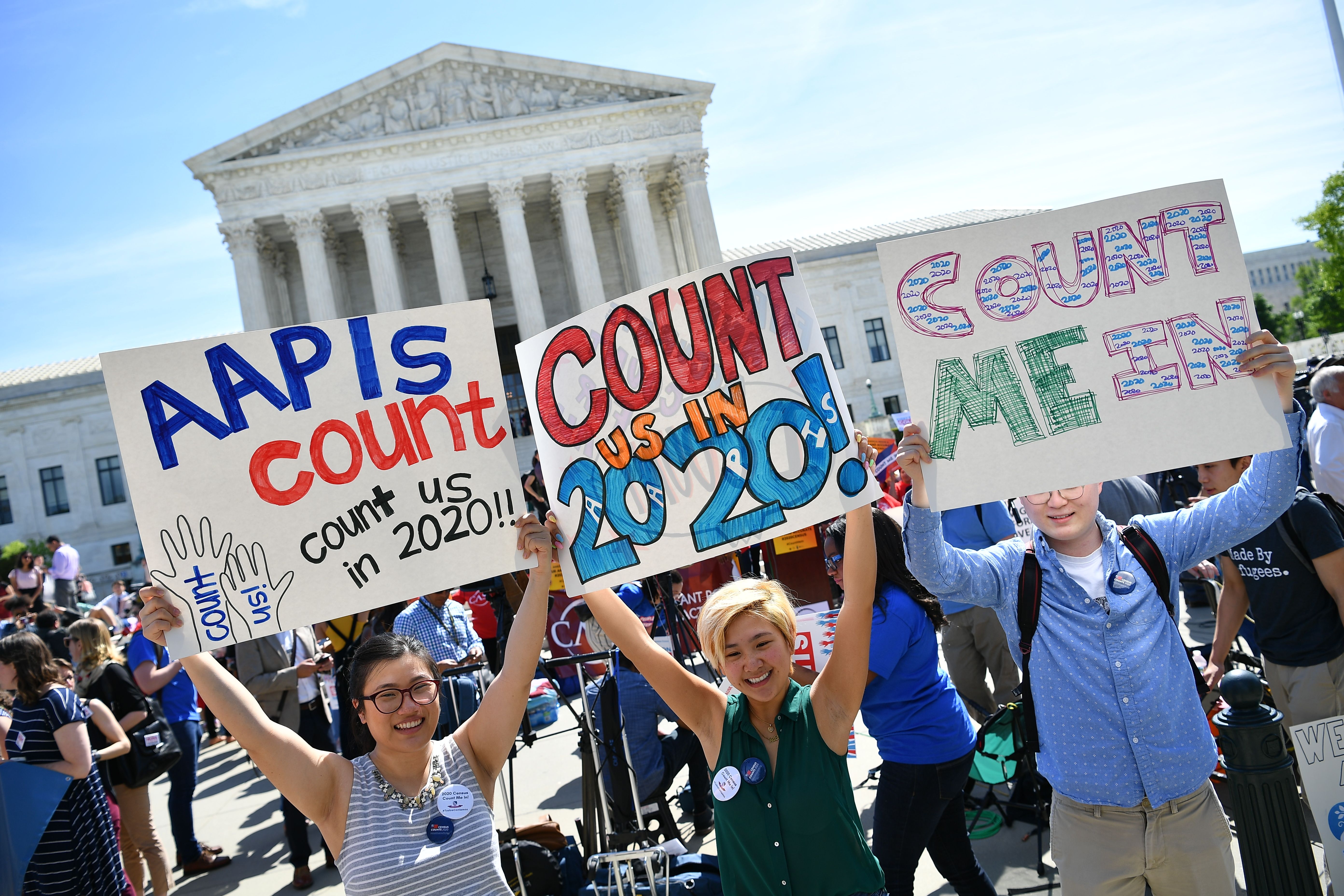 Whatever the merits of the plaintiff’s claims, the government said the trial court should not resolve the dispute while the Supreme Court is considering the case. The plaintiffs counter that the trial court retains jurisdiction over a handful of matters like sanctions and contempt issues.

Even if that is so, the government said the new evidence is inadmissible, and therefore should not serve as the basis for sanctions. What’s more, the administration says the evidence is irrelevant, since the legal issue in the case is whether Commerce Secretary Wilbur Ross’s decision to include the citizenship question was rational.

“Nothing in the private files of a deceased political operative can affect the resolution of that issue,” the government’s response reads.

The parties will appear before Furman on Wednesday afternoon for a hearing on the plaintiffs’s motion. A decision from the high court is expected by the end of June.