Senior Trump administration officials involved with preparations for the 2020 Census denied the existence of a partisan conspiracy to add a citizenship question to the census form during closed-door testimony before the House Committee on Oversight and Reform.

The denials come as congressional Democrats and civil rights groups allege that administration aides covertly worked with the White House and a Republican line-drawing expert to reinstitute the citizenship question as part of a longterm plan to help Republicans during the decennial redistricting process. The Supreme Court is considering the dispute.

Those allegations are “designed to advance a partisan goal of influencing ongoing litigation presently before the Supreme Court of the United States,” GOP Rep. Jim Jordan of Ohio said in a new report summarizing Republican views of the controversy.

In testimony before the House Oversight Committee following those allegations, three top officials said they have never worked with or spoken to Dr. Thomas Hofeller, the Republican redistricting guru. The officials are James Uthmeier, a Commerce Department lawyer who worked extensively on census matters, Gene Hamilton, a Justice Department staffer who works on immigration issues, and Kris Kobach, the former Kansas secretary of state who advised the Trump campaign on immigration and the census citizenship question.

A coalition of civil rights groups and left-leaning states challenging the citizenship question in court claimed that fresh evidence proves the administration plans to use citizenship data to give Republicans a boost in redistricting. Those plaintiffs say Hofeller found using voting-age individuals as a baseline for redistricting would advantage the GOP and non-Hispanic whites in a 2015 study.

Hofeller’s findings feature significantly in administration documents that formed the basis for adding the citizenship question, the plaintiffs claim. They also believe the government concealed Hofeller’s supposed participation from the beginning. All told, the plaintiffs believe Hofeller’s alleged involvement — and government efforts to hide it — prove the administration wants citizenship data for partisan reasons. The government claims it needs citizenship data to improve enforcement of the Voting Rights Act (VRA).

The Trump administration vigorously denied those allegations in its own counter filings. Uthmeier, Hamilton, and Kobach testified that they had no knowledge of his 2015 report before press accounts detailing the new allegations appeared in late May. 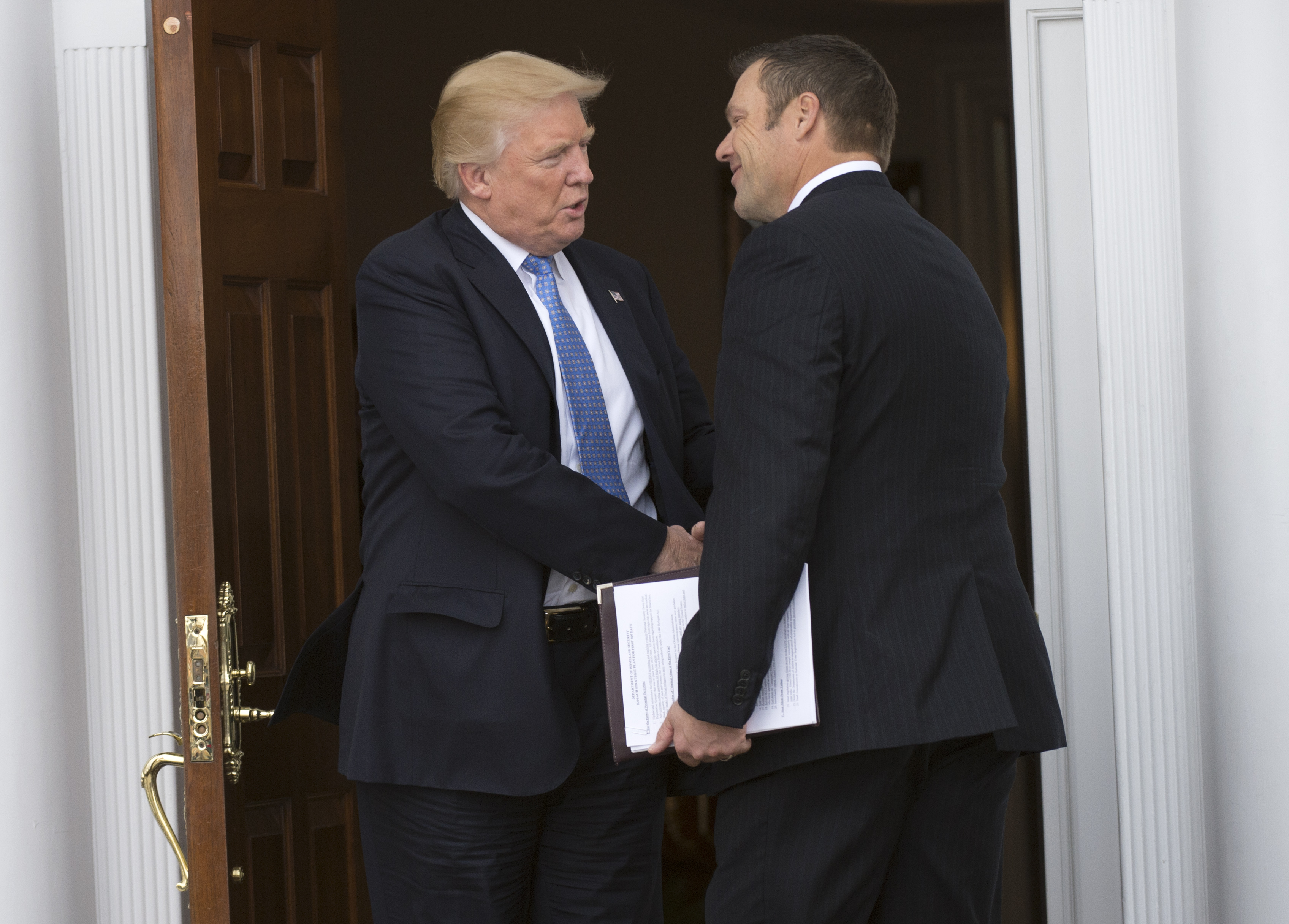 The House Oversight Committee voted to hold Attorney General William Barr and Commerce Secretary Wilbur Ross in contempt for failure to comply with subpoenas for documents related to the census. One Republican, GOP Rep. Justin Amash of Michigan, voted with Democrats in favor of contempt. President Donald Trump claimed executive privilege over those records on June 12.

The contempt citation, citing Kobach’s past testimony, notes that the president, former chief of staff Reince Priebus, and former senior counselor Steve Bannon discussed a citizenship question with Kobach in the early days of the administration. Committee Republicans accused Democrats of crafting a far-reaching conspiracy based on limited facts.

“The contempt citation spins baseless conspiracy theories and cherry-picks information to create false narratives about the Administration’s decision to reinstitute the citizenship question,” the GOP report reads. “The contempt citation is the culmination of the committee’s effort to use its oversight authority to influence the Supreme Court.”

For their part, Oversight Committee Democrats sent a letter to Census Bureau chief of staff Christa Jones Tuesday seeking an on-the-record interview about her contacts with Hofeller on July 8. Those contacts, which took place one year before Trump’s election, were allegedly instigated from Jones’s personal email address.

“This use of personal email raises serious concerns and may be in violation of the Federal Records Act, which ensures that official government business is properly preserved and accessible to the American public,” House Oversight Committee chairman Elijah Cummings’s letter reads.

The Commerce Department supervises the Census Bureau. A ruling from the Supreme Court is expected by the end of June. Opponents warn that a citizenship question will depress immigrant participation in the census, depriving those communities of seats in Congress and federal funds. Seats in Congress are apportioned according to the decennial census, as are certain federal monies.