A group of Republican lawmakers is asking the Justice Department whether Al Jazeera Media Network should be required to register as foreign agent of Qatar.

Republicans said Al Jazeera appears to promote the goals of the Qatari government by “influenc[ing] public opinion in the United States” in a letter to Attorney General William Barr on Tuesday.

That assessment matches what a former U.S. ambassador to Qatar wrote about Al Jazeera in a diplomatic cable in 2009.

Al Jazeera “is heavily subsidized by the Qatari government and has proved itself a useful tool for the station’s political masters,” Joseph LeBaron, who served as ambassador to Qatar in the Bush and Obama administrations, wrote in a July 1, 2009, diplomatic cable published by WikiLeaks.

“The station’s coverage of events in the Middle East is relatively free and open, though it refrains from criticizing Qatar and its government. Al Jazeera’s ability to influence public opinion throughout the region is a substantial source of leverage for Qatar, one which it is unlikely to relinquish,” added LeBaron. 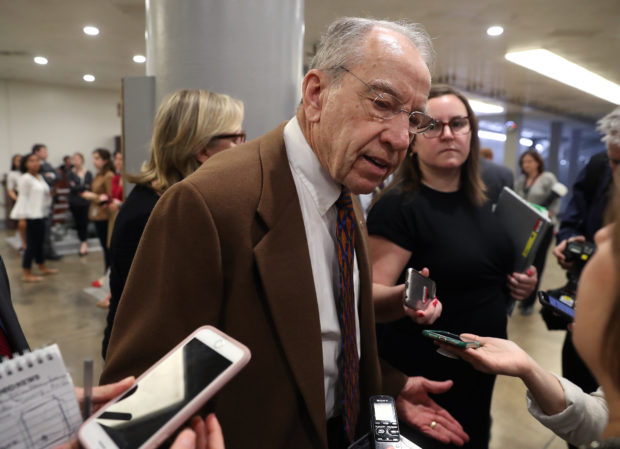 One cosigner, Iowa Sen. Chuck Grassley, recently led a push to increase FARA enforcement. In a speech on the Senate floor, Grassley noted since 1966, the Justice Department brought only 15 cases under FARA, with seven of those arising from the special counsel’s probe.

Al Jazeera has long faced accusations of being a mouthpiece for Qatar. The oil-rich nation has also ramped up its lobbying efforts in the U.S., hiring several consultants with links to the Trump administration.

The Doha-based Al Jazeera operates bureaus across the globe, including in the U.S. The company shuttered Al Jazeera America in April 2016, but continues operating AJ+, an online news outlet with offices in San Francisco and Washington, D.C. (RELATED: Al-Jazeera Gets Twitter To Silence Critics Of Its Video Implying Jews Benefited From The Holocaust)

AJ+ recently came under fire for publishing a video that questioning the Holocaust. The outlet has also pushed progressive causes in the U.S. that are outlawed in Qatar. AJ+ circulated videos in May criticizing an Alabama law limiting abortion, even though the Arab nation imprisons women for having abortions.

In their letter, the Republicans said AJ+ has recently promoted “anti-Israel” and “anti-American” content while boosting the Muslim Brotherhood, a radical Islamist group that is backed by the Qatari and Turkish governments.

“When the available evidence is taken as a whole, it appears that Al Jazeera’s broadcasts, including AJ+, mirror the policies and preferences of the Qatari government, which, together with the state funding and other indicia of agency, demonstrate that Al Jazeera and its media subsidiaries act as alter egos of the Qatari government in ensuring dissemination of the government’s viewpoints,” reads the GOP letter to Barr.

In a statement to The Daily Caller News Foundation, Al Jazeera Media Network asserted that FARA registration is not required for the company because it is not owned by Qatar.

“[Al Jazeera Media Network] is a Private Foundation for Public Benefit under Qatari law; it is not owned by Qatar, and its reporting is not directed or controlled by the Qatari government nor does it reflect any government viewpoint,” a spokeswoman said.