The Mexican Senate overwhelmingly voted to ratify the United States-Mexico-Canada Agreement (USMCA) Wednesday, making it the first country to do so.

U.S. President Donald Trump, Canadian Prime Minister Justin Trudeau and Mexican President Enrique Peña Nieto signed the deal Nov. 30, 2018, but it was not ratified by any country until Wednesday. Trump helped make and sign the agreement in 2018.

USMCA includes rules that call for about 40% of automobile parts be produced by workers who earn a minimum of $16 an hour and more requirements that the parts be made in the U.S., Mexico and Canada, The Washington Post reported. Trump replaced NAFTA with USMCA in an effort to get better deals for U.S. workers.

Mexican senators voted 114-4 to ratify USMCA. The treaty only needed a simple majority to pass, according to WaPo. (RELATED: Here’s How Mexico Could Respond To Trump’s Tariff Threat) 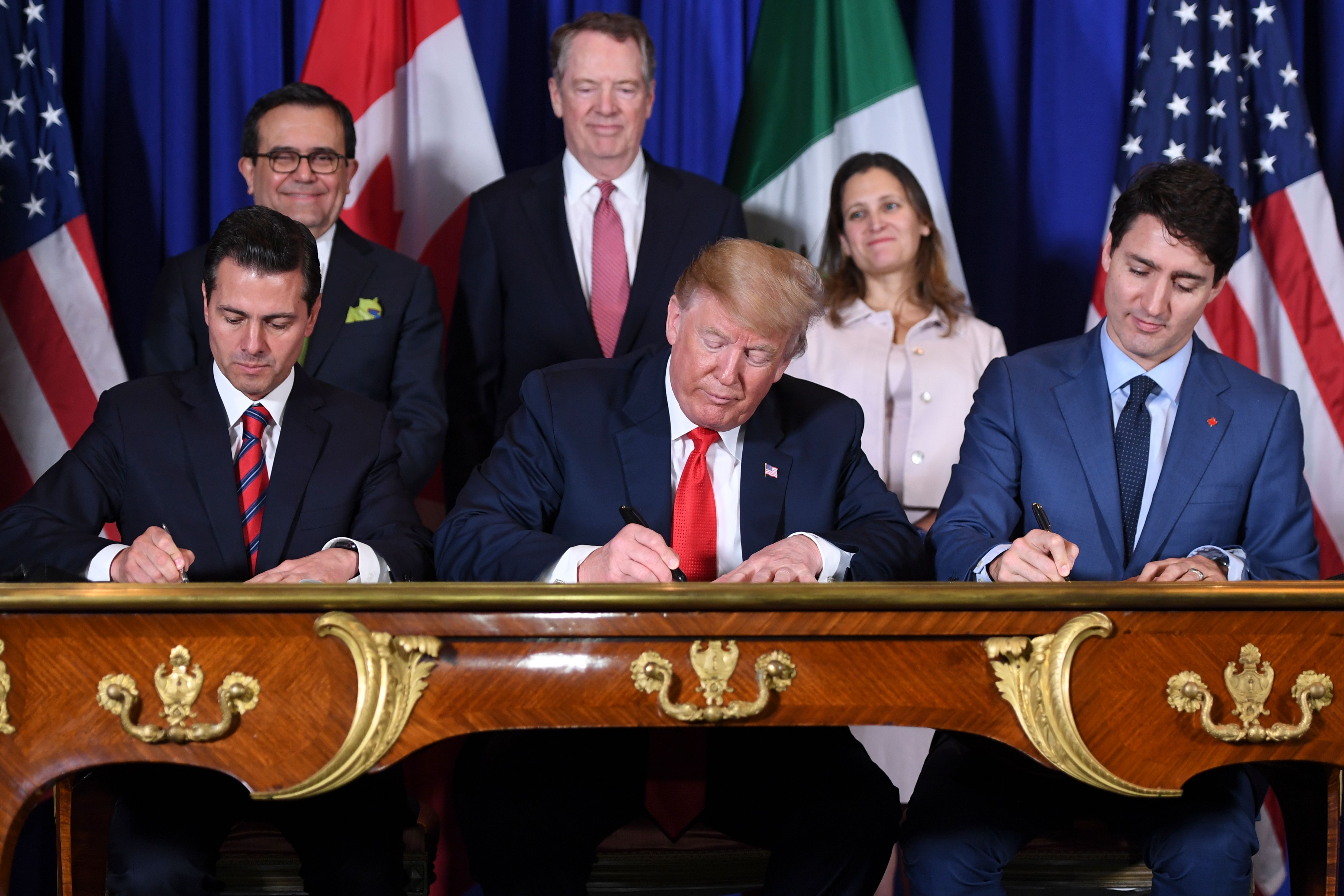 Trudeau also wants to move forward with decisions on the trade deal, but will probably wait until the Trump administration agrees on a deal with Democrats, WaPo reported. The United States is having the most difficult time out of the three countries, as Democratic House Speaker Nancy Pelosi hasn’t given a date for the vote. House Democrats are also pushing back, asking for more enforcement regarding the treaty’s labor and environmental portions.

Mexico was also a supporter of the deal, although some said it “wasn’t the best trade deal.”

“It’s not the best treaty, but it’s the one we’ve got,” said Mexican Sen. Antonio García Conejo, according to WaPo.

Mexico and the U.S. have been on tense terms recently, with Trump threatening to impose tariffs on the country in May if Mexico didn’t improve its efforts to stop illegal immigration. Trump announced an agreement with Mexico about what it would do to help reduce illegal immigration June 7.

“With this [ratification], we are helping to provide certainty and legal support that will contribute to economic stability, trade, financial equilibrium and the fiscal health of our nation,” tweeted Ricardo Monreal, the Mexican Senate majority leader.