The chief of protocol for the Trump administration reportedly plans to resign amid a potential investigation into behavior at his office, including allegations he carried a whip, according to people with knowledge of the matter.

Sean Lawler is a State Department official and ambassador who has been the chief of protocol for over 18 months. He was supposed to join President Donald Trump at the G-20 on Friday and Saturday. The G-20 is an international forum comprised of 19 countries and the European Union, and Lawler would have played an important role, the sources said, according to Bloomberg.

The investigation is reportedly looking into claims that Lawler intimidated staff and carried a whip in his office. There are also allegations he raised his voice and used profanity in the office, was demeaning to employees and was unprofessional, a State Department official said.

Senior staff in the protocol office were told Lawler was leaving because of personnel issues, according to CNN. However, Lawler was allegedly told he needed to leave because of the nature of the investigation, two State Department officials said. He has reportedly been suspended indefinitely amid the possible investigation. 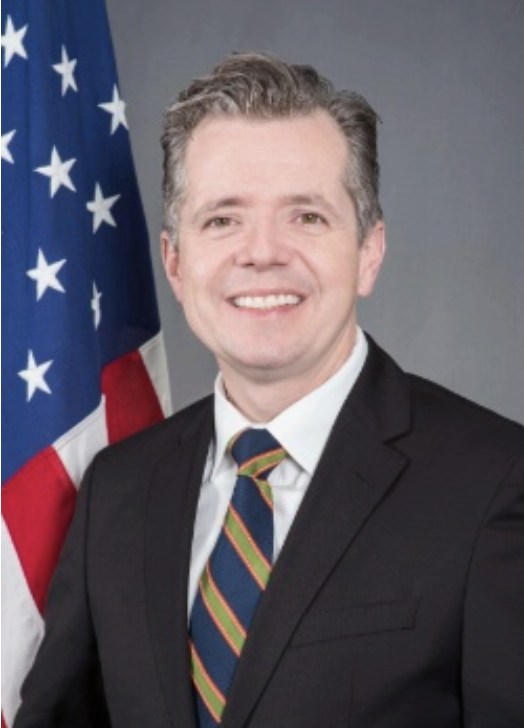 Sean Lawler, Chief of Protocol and Ambassador, has reportedly resigned amid an investigation into his behavior at the office. (Screenshot, US Department of State)

Mary-Kate Fischer, the assistant chief of protocol, will reportedly take Lawler’s place at the G-20 in Japan. Trump will be meeting with the leaders of China, Russia and Turkey, among others. (RELATED: How The Media Covered Up The Real Collusion, Between Russians And The Hillary Campaign)

Trump has repeatedly asked why Lawler is still in the position, the sources said.

“A large chunk of the protocol office was aware of this behavior for a long time,” the official said, according to CNN. “They’re surprised, to be honest, that this hadn’t been dealt with sooner.”

Lawler has worked in the U.S. government for almost 30 years and is a U.S. Navy Veteran.

The White House and State Department did not immediately respond to The Daily Caller News Foundation’s request for comment.