LeBron James is apparently the most hated player in the NBA.

You can check out the whole map below. 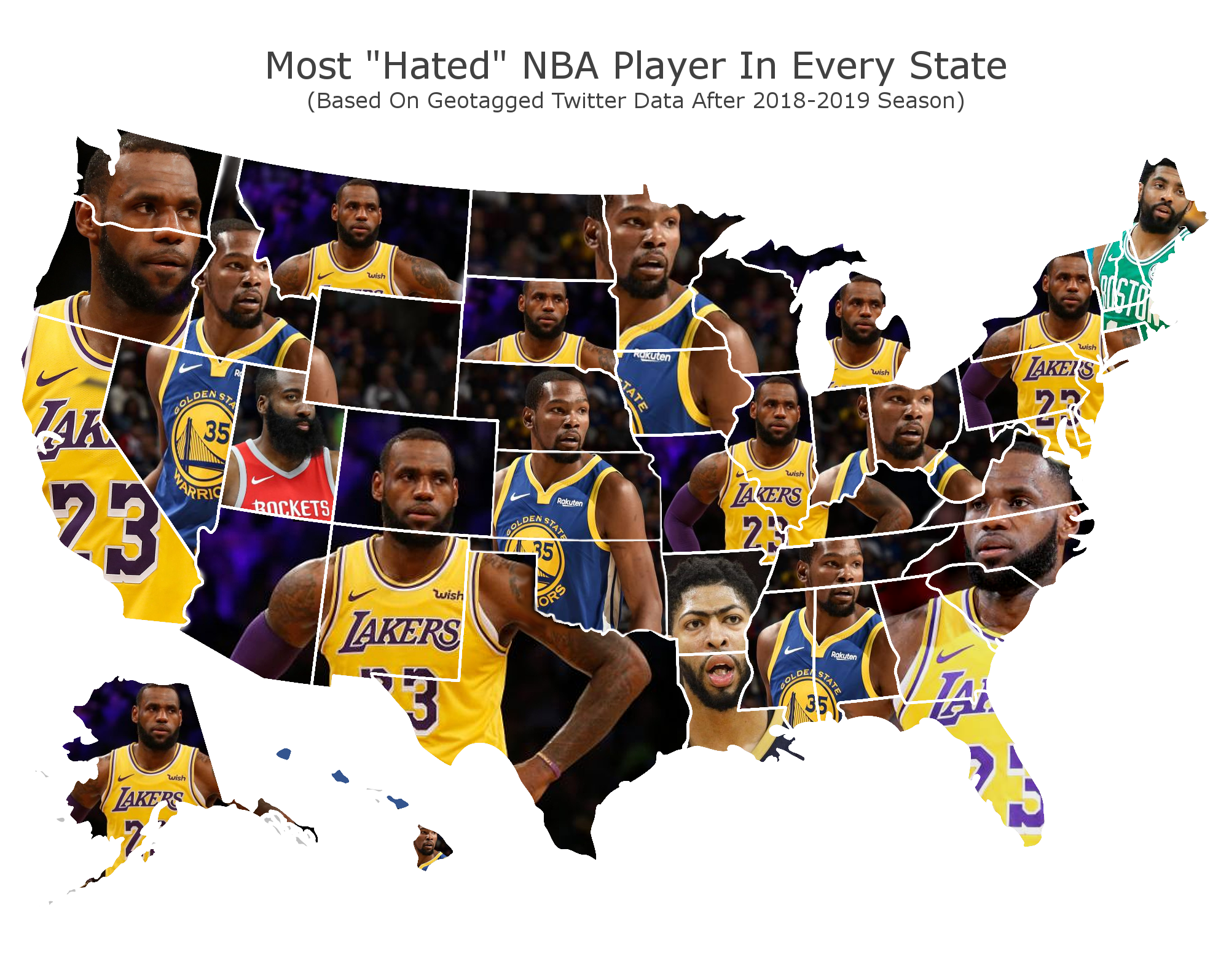 It’s not hard to understand the hatred against LeBron for two reasons. First, people inherently hate winners. People see somebody successful and they are immediately envious.

LeBron James has three NBA championships. You can’t become much more of a winner than he is. Add in the fact he’s also absolutely loaded, and it’s a recipe for people to not like him.

Secondly, King James doesn’t always make it easy to like him. He routinely behaves in a manner that is very annoying.

Look no further than this past season with the Lakers if you need proof of that fact. He bounced a ball into a broadcast once just for the hell of it!

Does LeBron not respect the media? OUR COLUMN: pic.twitter.com/0GnYFAEhDB

As for Durant, people hate him because he joined the Warriors. I get it. People don’t like super teams, but he just wasn’t going to win with the Thunder.

Seems a bit soft to hate on him for that. However, you can only guarantee the hatred will go up if he leaves the Warriors.

That much is a fact.

Sound off in the comments if you’re surprised by the results. I’m interested to hear what you have to say.