The latest celebration by Morgan on Tuesday included a tea sip to poke fun at the history between the United States and England. The celebration reportedly sparked backlash in the U.K., according to a report published Wednesday by Page Six.

“Wah, wah, wah. I mean, we’re at the World Cup, what do you want us to do?” Rapinoe said. “This is the biggest stage, the biggest moment. I don’t think anyone truly believes that we disrespect the game or disrespect our opponents. We have the utmost respect for England and every team that we’ve faced and every team that we will face forever and ever.” (RELATED: Megan Rapinoe Responds To Criticism: ‘I’m Very Deeply American’)

“That’s just part of the DNA of the squad. With that said, we work hard, we like to play hard and we like to have fun and enjoy ourselves, and these are the absolute biggest moments to do that,” she added. 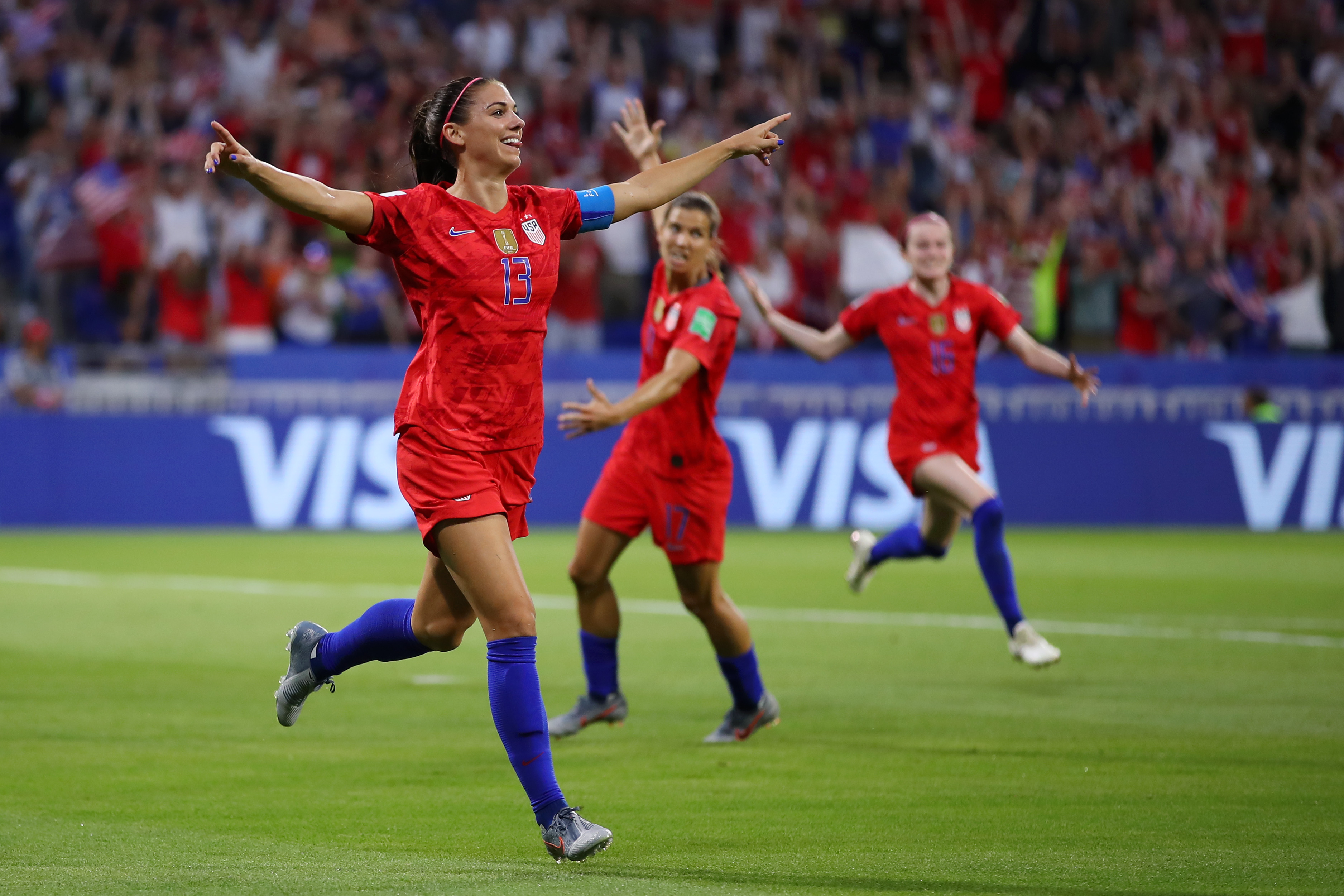 Alex Morgan of the USA celebrates after scoring her team’s second goal during the 2019 FIFA Women’s World Cup France Semi Final match between England and USA at Stade de Lyon on July 02, 2019 in Lyon, France. (Photo by Richard Heathcote/Getty Images)

I agree with Rapinoe here. Morgan’s celebration was the most American thing she could have done and I don’t think she meant any disrespect by it. She just wanted to hype up her home country.

I’m looking forward to seeing more hilarious goal celebrations in the final game of the World Cup on Sunday.