City Hall was closed after more than 8 inches of rain deluged the low-lying city from an offshore storm forecasters predict will make landfall as a full-blown hurricane Saturday, Reuters reported.

“No one should take this storm lightly,” Democratic Louisiana Gov. John Bel Edwards said during a news conference Wednesday to declare a statewide emergency. 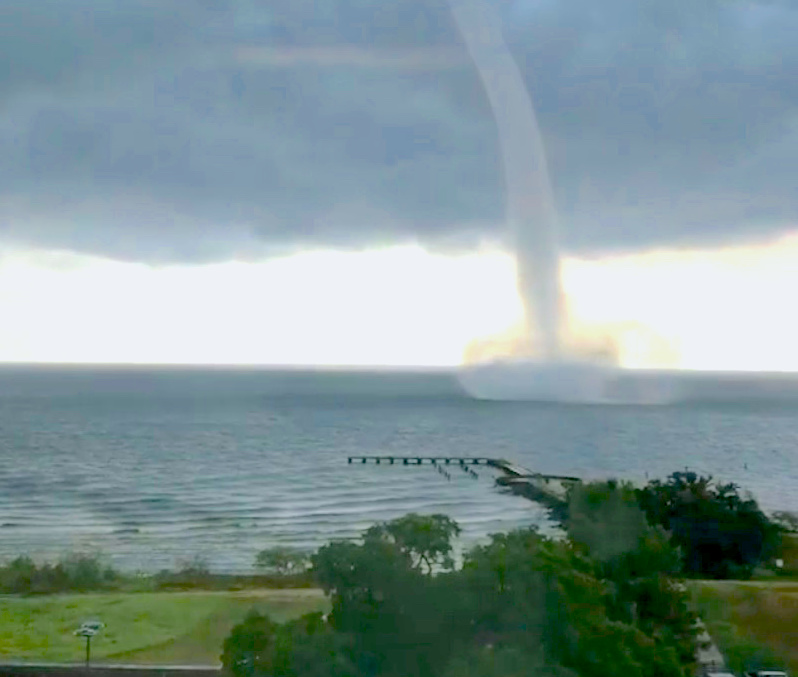 A waterspout is seen on Lake Pontchartrain off New Orleans, Louisiana, U.S. July 10, 2019 in this image obtained from social media. Bryon Callahan via REUTERS

The National Hurricane Center upgraded the system to Tropical Storm Barry Thursday, according to its website. Barry sustained winds of 40 mph and was moving at 5 mph at 11 a.m., CNN reported.

Officials warn a coastal storm surge could cause the Mississippi River to rise 20 feet above sea level, endangering the levee system that protects the city from catastrophic flooding like it experienced in 2005’s Hurricane Katrina, which killed hundreds and forced 130,000 to relocate.

The storm is predicted to make landfall west of the city Saturday, according to National Weather Service senior hurricane specialist Jack Beven.

During Wednesday’s storms, which included a tornado warning, a waterspout formed over Lake Pontchartrain.

“The forecast has it becoming a hurricane, but there’s a possibility that it might not also,” Beven told Reuters. (RELATED: House Democrats Spread ‘Lies’ About Climate Change And Hurricanes, Scientist Says)

Offshore oil platforms have been evacuated as the storm approaches, forcing energy production to be scaled back.

New Orleans residents have been told to stock up on emergency supplies including drinking water and non-perishable food.

Officials warned residents in Plaquemines Parish south of the city that they may need to evacuate Thursday. Vermilion Parish officials have advised moving to higher ground if necessary.