“Despite the scale of the challenge we face, and the failure to enact legislation that would have prevented — and could still end this crisis, DHS has made significant strides in its effort to secure the border, and to better protect the health and safety of migrants in our custody,” McALeenan said Thursday during a House Oversight Committee hearing.

Since January 2019, the Department of Homeland Security (DHS) has delivered more than 6,000,000 meals, performed around 400,000 medical health interviews, and conducted over 80,000 medical assessments for migrants in Customs and Border Protection custody, McALeenan said.

Furthermore, agents have delivered more than 21,000 sick or injured migrants to hospitals this year, and have “conducted medical transportation or stood hospital watch for over a quarter million hours.” There are now more than 200 medical professionals working at various border facilities who screen migrants upon their detention.

“I am confident that no law enforcement agency in the world is providing more critical lifesaving care or medical support than U.S. Customs and Border Protection,” McAleenan continued in his opening remarks.

At another moment during the hearing, McAleenan revealed that, in the first nine months of the current fiscal year, Border Patrol agents have conducted 3,800 rescues — saving migrants in distress at the southern border. Rescue missions on the Rio Grande River, in particular, have increased ten-fold.

The DHS chief’s breakdown of the medical care and treatment provided to illegal immigrants came in sharp contrast to the narrative Democrats on the House Oversight committee attempted to push during the hearing.

Several Democratic members who spoke before the hearing recessed continually asked the acting secretary about the Trump administration’s now-scrapped zero tolerance policy, an initiative that led to many families getting temporarily separated upon apprehension. Virginia Democratic Rep. Gerald Connolly asked McAleenan if he was a father, and if he would personally jump into a river to save his own child — referencing to an incident in June where a migrant father and daughter drowned while trying to cross the Rio Grande River. 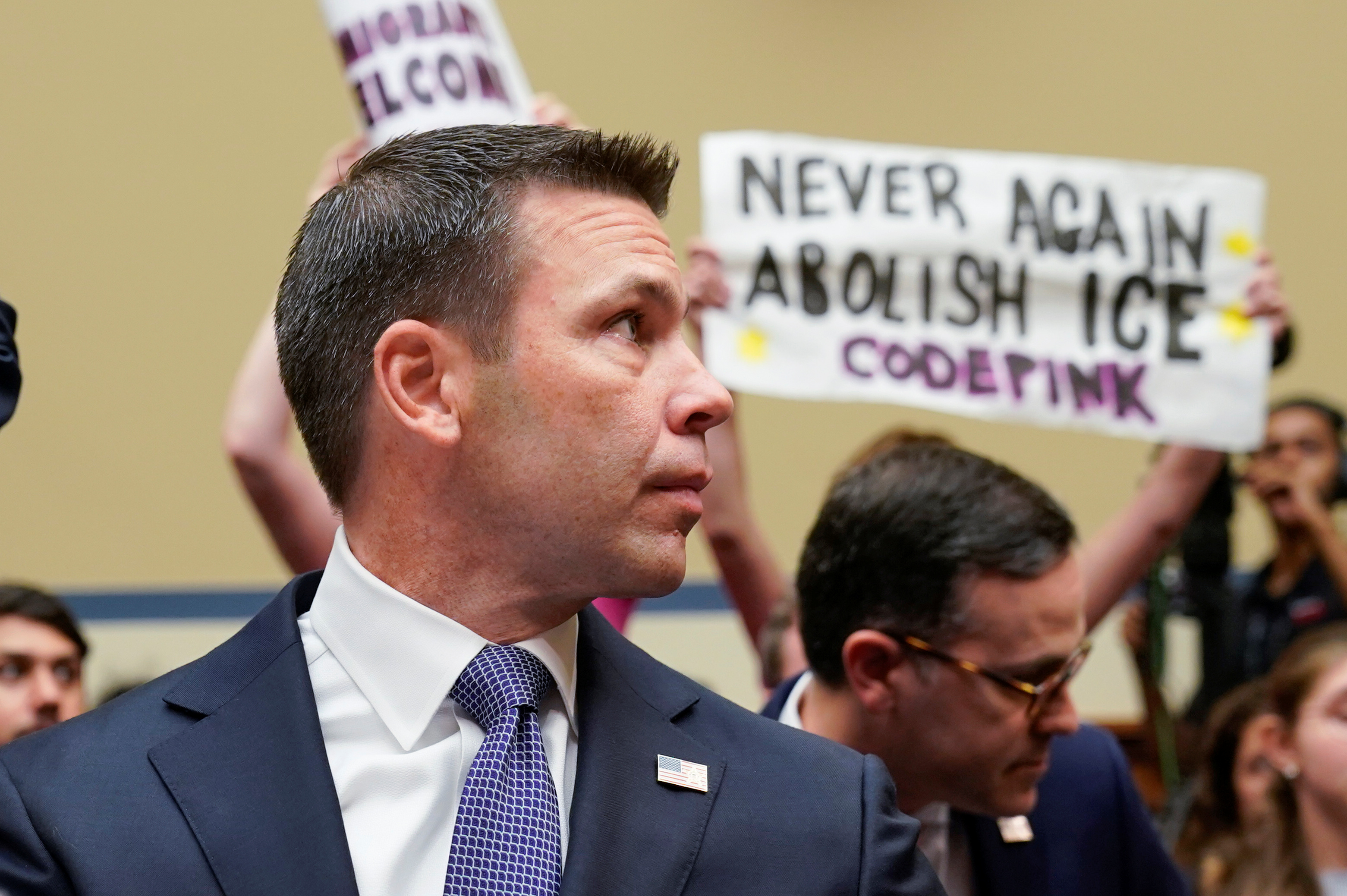 Acting Department of Homeland Security (DHS) Secretary Kevin McAleenan is greeted by protesters as he arrives to testify before a House Oversight and Reform Committee hearing focusing on the “Trump Administration’s Child Separation Policy” on Capitol Hill in Washington, U.S., July 18, 2019. REUTERS/Joshua Roberts

During his opening remarks, the acting secretary blasted the “current public rhetoric” currently emanating out of Congress and the media, telling lawmakers that such words are not helping the immigration crisis and must stop.

“The incendiary and overwrought attacks on the men and women securing our border and enforcing the immigration laws in the interior are unwarranted and damaging. The demonization of law enforcement professionals, U.S. Border Patrol agents, CBP and ICE officers — from all racial and ethnic backgrounds, from all faiths and callings who’ve chosen a career about protecting others — must stop,” McALeenan said. (RELATED: CBP Chief Said Democratic Rhetoric Fueled Attempted Terrorist Attack On ICE Facility)

“These false and overheated attacks are not helping to resolve the crisis. Indeed, they diminish the public’s understanding and cloud its perception of what is happening.”