The U.K., most notably London, has experienced a sharp increase in knife related crime, despite “knife-control” efforts to curb the violence, newly released figures detail.

Knife crime in both England and Wales is up 8% from April 2018 to May 2019. U.K. police reports from 43 departments recorded 47,136 incidents involving sharp objects, an Office of National Statistics crime report says.

London Mayor Sadiq Khan implemented blade bans in London in April 2018, but doesn’t appear to be working as intended. Blades found on one’s person have increased 21% since 2018, the report details.

No excuses: there is never a reason to carry a knife. Anyone who does will be caught, and they will feel the full force of the law. https://t.co/XILUvIFLOW

The 8% rise is calculated to equate to an increase of over 3,300 knife-related incidents compared with this time last year. It’s supposed that even more stabbings or cuttings occurred and went unrecorded, as the U.K.’s Greater Manchester Police was excluded from the data for undercounting, according to the report. (RELATED: Several Deaths Reported In UK Over Weekend, Even With Tight Weapons Regulations) 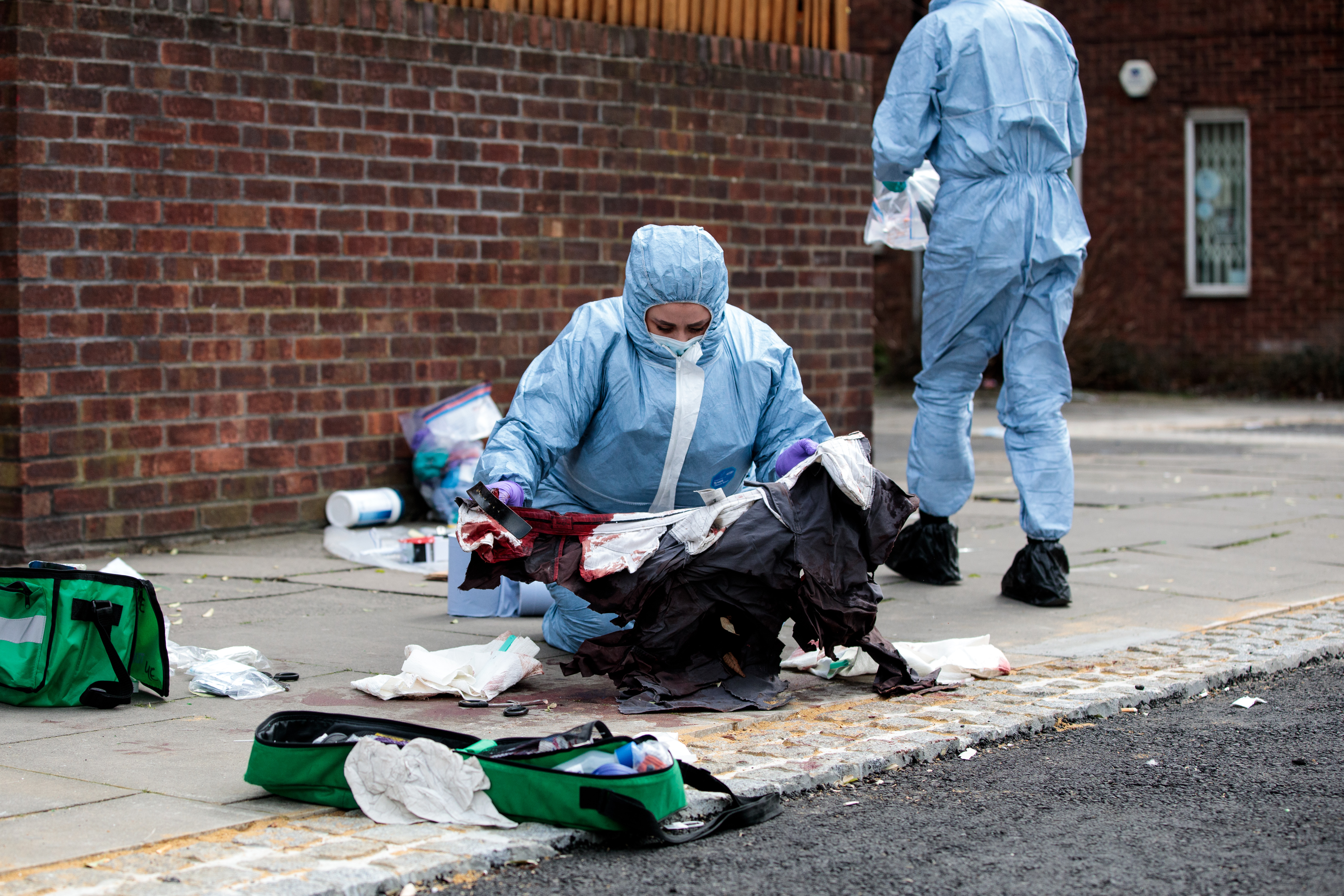 LONDON, ENGLAND – MARCH 31: Forensics teams work at the scene of a stabbing in Edmonton on March 31, 2019 in London, England. Four people have been stabbed in a spate of knife attacks in North London over the weekend. (Photo by Jack Taylor/Getty Images)

The number of knife-related incidents has been on the rise for years, increasing by more than 42% since 2011. Similarly, rape at knifepoint and threats to kill with blades are up 18% since last year.

Khan acknowledges the rise in crime over the years — much of it turing his tenure. He blamed a system of “increasing inequality” for the wave of violence earlier this week, Fox News reports.

“The sad reality is the violence we’re seeing on our streets today is an appalling side effect of increasing inequality and alienation caused by years of austerity and neglect,” Khan said. But knives don’t seem to be the U.K.’s only problem.

Firearm offenses have increased by 3% in the U.K. and unregistered guns are being found at a rate as high as 40% greater than 2018. The U.K. has some of the most stringent laws in the world on private ownership of firearms.

“There has been one fatal stabbing every 1.45 days so far this year in England and Wales,” BBC reported in May.