A Minnesota mother is asking the Supreme Court to review her case against county officials who she says helped her minor attempt to change his sex without her consent.

Lawyers from the Thomas More Society petitioned the court to review the case in a filing Wednesday on behalf of the mother, Anmarie Calgaro. She says local school and health officials determined her 15-year-old son was emancipated without a court order, and helped him obtain and pay for sex-change services, including hormones, and narcotic drugs. Her 2016 lawsuit asserts her due process rights were violated, because Minnesota law did not provide her a way to fight the emancipation determination. (RELATED: A Single Line In Trans Study Alarms Doctors — ‘Extraordinarily Deceptive’)

“It’s a parent’s worst nightmare,” lawyer Erick Kaardal said in a statement announcing the Supreme Court petition Monday. “Anmarie Calgaro’s child, while a minor, was steered through a life-changing, permanent body altering process, becoming a pawn in someone else’s sociopolitical agenda and being influenced by those who have no legal or moral right to usurp the role of a parent.” 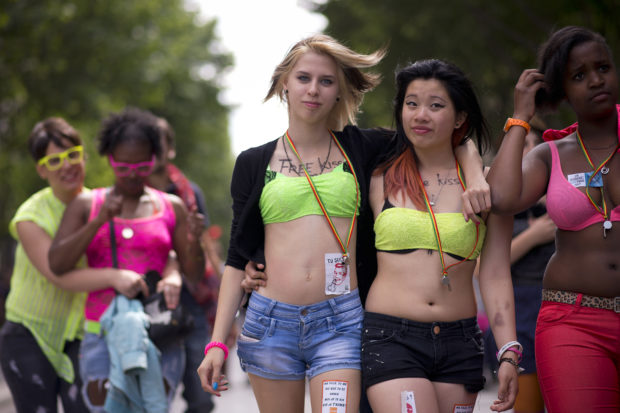 Calgaro’s son underwent surgery to change his sex after he turned 18. A lawyer for the mother told the Daily Caller he agrees with her that her other younger children are not mature enough to make that kind of decision.

She sued his school district, the St. Louis County School District, and two health care providers in the lawsuit for violating her rights under the 14th Amendment. The school principle decided without a court order that her minor son was emancipated, and barred her from access to his school and health records, she said, and the county allowed him to receive government benefits without her consent. As a result, he was able to pursue a sex change and obtain narcotics. (RELATED: Trans Woman Shutters Immigrant Businesses For Refusing To Wax Male Genitalia)

Calgaro’s lawyers are appealing to the Supreme Court to overturn a ruling against her from the Eighth Circuit Court of Appeals. “The United States Supreme Court now has the opportunity to untangle this incompatible and untenable scenario,” Kaardal added. “So, nationwide fit parents can keep parenting without government intervention.”