A new political group supporting the Brexit movement brings international support to the effort as many hope to fight the “suppression of democracy” and to back free trade with the U.K.

The World 4 Brexit (W4B) movement was started by former members of Congress and chaired by Peggy Grande, who was an executive assistant to President Ronald Reagan from 1989 to 1999, in hopes of spreading the ideals of free and fair elections, upholding the results of those elections and the essential power of democracy, as well as pushing back against globalism.

“It’s been interesting as an American watching this. I think people are under this assumption that Brexit happened. 2016 the vote came, Brexit won, and we are under this assumption that it happened. When you really start hearing more about it you realize it hasn’t happened at all. When you start thinking about what that actually means, it is a suppression of democracy and all around the world,” Grande told the Daily Caller.

“The trading opportunities that exist with free Great Britain, right now their trading agreements are all run through the EU and so America and the rest of the world is looking for free and bilateral trade with the U.K outside of the chains of European Union. Right now we’ve seen the tariffs put on everything from cocoa to oranges and it’s really suppressing the right of free trade. So we should care about that, as an economic powerhouse, because we want to have fair, free and open trade with the U.K,” Grande said.

Grande went on to say she sees a natural connection between the U.S and the U.K, with the outcome of Brexit having deep consequences for democracy worldwide.

“17.4 million people in the UK voted to leave the European Union, the foot-stomping, and the stalling of the parliament and the extensions have completely ported the will of the people and that’s wrong and people need to stand up for it and give voice and support to our friends across the pond,” Grande continued. 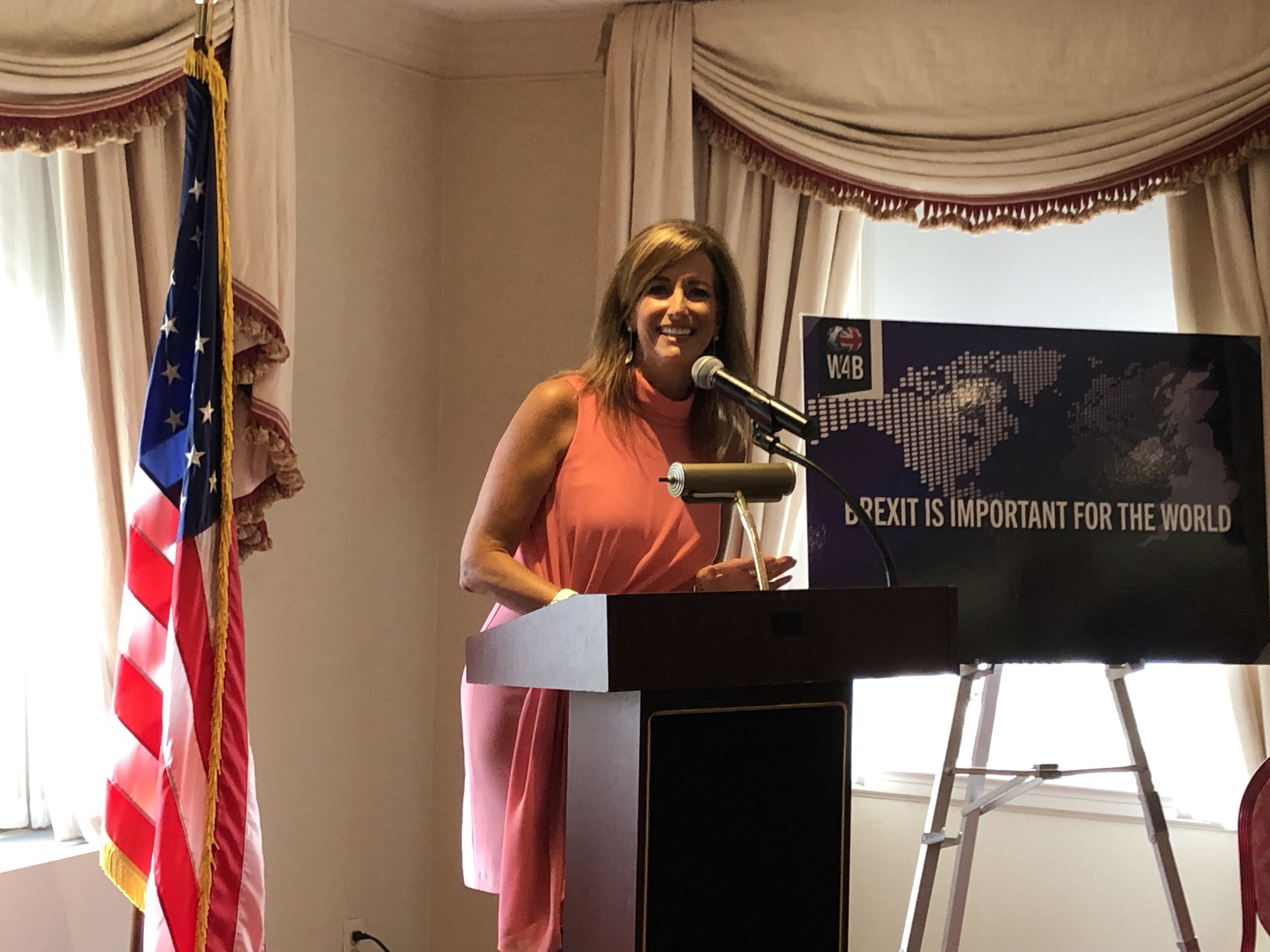 Grande also mentioned the support she has received from people across the world, saying that the group has several events planned internationally and throughout the U.S., adding, “Brexit does matter and that it is important to them,” she said. (RELATED: GRANDE: Brexit Is More Than A British Concern) 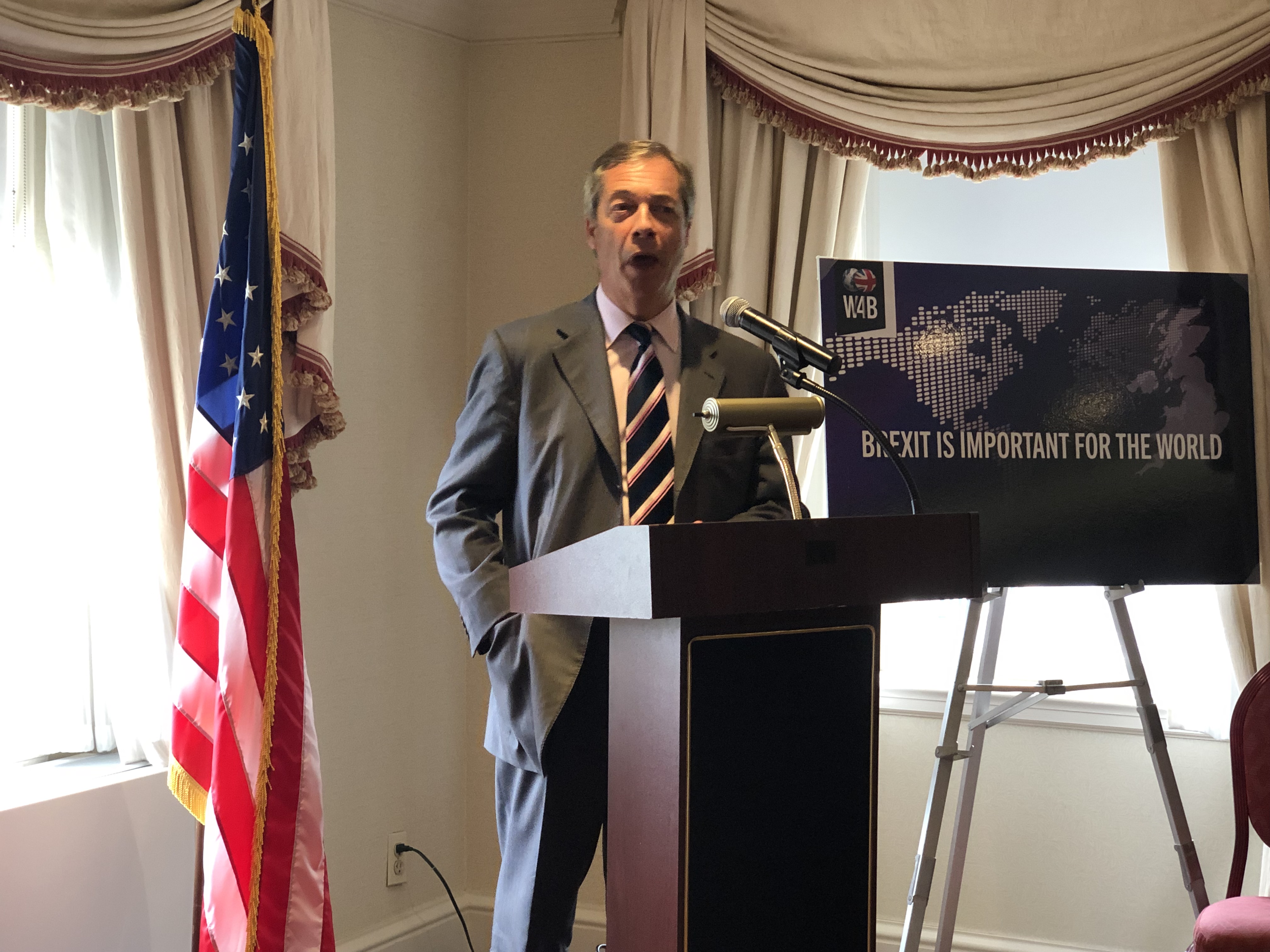 Brexit Party leader Nigel Farage attended events in Washington D.C. and New York City on behalf of the group, telling attendees about his fight for the U.K. to leave the EU and how the World 4 Brexit group could help not just the U.S. and the U.K, but help the entire world.

“I was given the idea by some campaigners who were going to set up a group called World For Brexit, I thought that’s interesting, what’s it about? The fact is, we are able in U.K. law, to have organizations that campaign for ideas, not for parties or candidates, but for ideas. George Soros piles money into the second referendum campaign, to every negative anti-Brexit campaign. And here I saw some guys with an idea, and let’s have a positive model to say ‘there’s a big world outside the European Union, with America, Ghana, Australia, you name it, come on in, the water’s lovely,” Farage told the Daily Caller.

“Why can a Florida, or any producer growing good, organic oranges not sell his products to the U.K? Because the EU stops it. Why does somebody, an impoverished Ghanian cocoa producer find him or herself in a situation where if they were to fabricate that product, they get 60% tariffs? I mean, why are we giving aid to Ghana, when we could actually be giving trade to Ghana? It would benefit all of us … This is all positive. Brexit is a positive experience, this organization has spread around the world, I’m happy to be here,” Farage continued.

Mississippi Republican Gov. Phil Bryant, who attended a World 4 Brexit event in New York City told the Daily Caller that he believes the group will help his state by pushing for the possible new trade opportunities which would come into place if Brexit occurred.

“For centuries, our two great nations have been built around shared language, institutions, challenges, aspirations, and values. As Governor of Mississippi and Chairman of the Royal Commonwealth Society of the United States, I am committed to upholding this special relationship. I continue to stand with my dear friend Nigel Farage in the fight for Brexit,” Bryant said.

“As Governor, I have the privilege of seeking new trade opportunities for my state, and I believe that a post-Brexit world will further open the door for mutually beneficial US-UK bilateral trade opportunities,” Bryant continued.

The organization hopes to continue pushing for Brexit as Brexiteer Boris Johnson secured his position as the United Kingdom’s next prime minister Tuesday.

1
'Blood Drained From Adam Schiff's Face': John Barrasso Says Schiff's 'Parody' Came Back To Haunt Him
Politics
2
Reporter Says Pompeo Cursed Her Out After She Asked About Ukraine, Demanded She Find The Country On A Map
Media
3
Joe Biden Says 'No Room For Compromise' On Transgender Issues As Bernie Faces Backlash For Joe Rogan Endorsement
Politics
4
'We're Kicking Your Ass!' Greg Gutfeld And CNN's Oliver Darcy Duke It Out Over 'The Five's' Impeachment Coverage
Media
5
'Can I Talk Now?': Things Get Tense When Martha MacCallum Presses Sen. Chris Coons On Ambassador Firing
Media