Speaker of the House Nancy Pelosi on Friday said there was never “any hatchet” to bury with New York Democratic Rep. Alexandria Ocasio-Cortez at a press conference after the two met to discuss their differences.

“I don’t think there ever was any hatchet. We’re in a political arena,” Pelosi told reporters. “In a family, you have your differences but you’re still a family.” The two had just met after the freshman Democrat requested one-on-one time with Pelosi on Tuesday, according to Reuters. “Their two offices are currently working out a time that works best for both congresswomen and both of their chiefs of staffs have met,” Pelosi spokesman Drew Hammill told the news outlet.

Pelosi reportedly slammed progressive members of her party for criticizing fellow party members on Twitter, saying instead they should speak with her personally. One Democratic member in the meeting reportedly told NBC that Pelosi’s comments sounded like “the way a strong mother speaks to her arguing children: stern, with a good dose of consequences if it continues.” 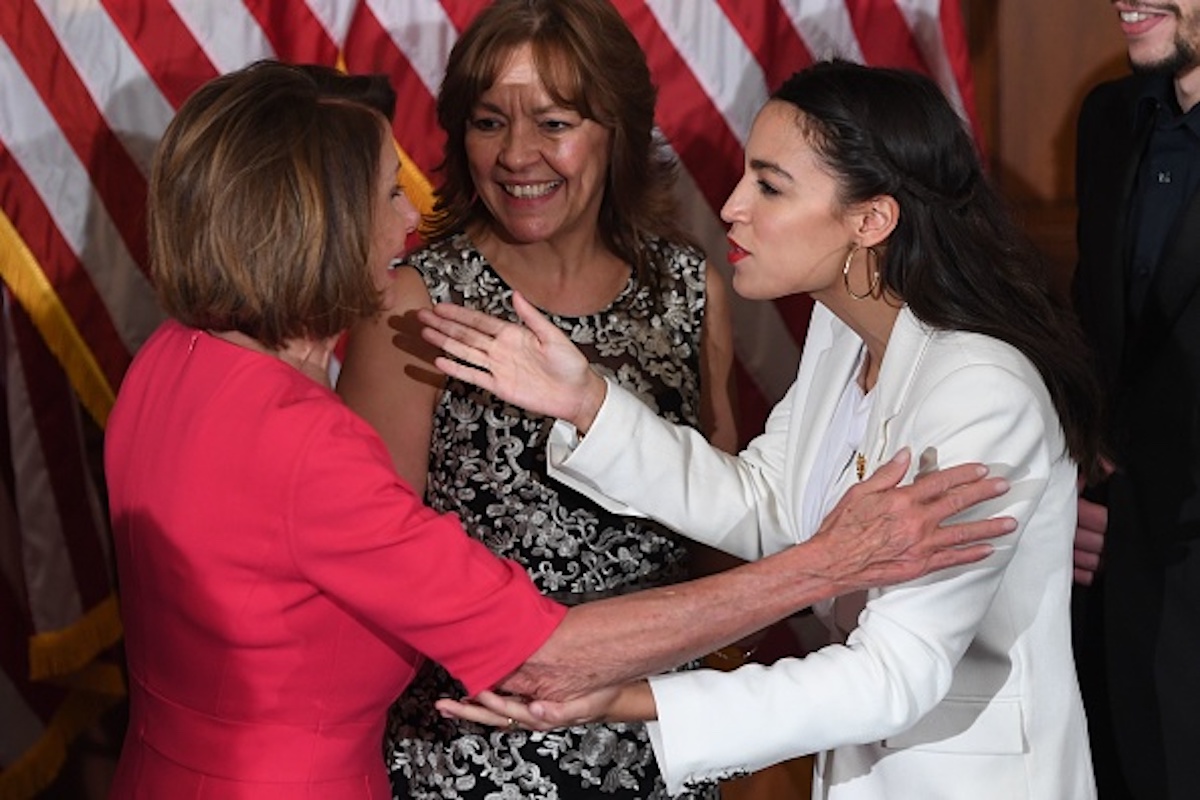 Speaker of the House Nancy Pelosi greets Rep. Alexandria Ocasio-Cortez, D-NY, during the ceremonial swearing-in at the start of the 116th Congress at the US Capitol in Washington, DC, January 3, 2019. (Photo credit: SAUL LOEB/AFP/Getty Images)

The comments come after Ocasio-Cortez responded to Pelosi, who dismissed the House’s far-left progressive group as “four people” who “didn’t have any following,” when asked about opposition to a recently passed $4.5 billion emergency border funding bill.

“All these people have their public whatever and their Twitter world, but they didn’t have any following,” Pelosi said to The New York Times. “They’re four people and that’s how many votes they got.” (RELATED: Pelosi To Meet With Ocasio-Cortez To Discuss Working Relationship)

Ocasio-Cortez implied in mid-July that Pelosi is racist, saying that the speaker has been “disrespectful” toward “newly elected women of color” in Congress.