Both CBS and Reuters ran a photo of a Guatemalan migrant mother and a Mexican border guard, including a headline that didn’t quite tell the whole story.

Reuters published the photo with the headline, “Reuters photo captures Guatemalan mother begging soldier to let her enter US.”

CBS ran a very similar headline with the Reuters photo, which was taken by photographer Jose Luis Gonzalez last Monday. “Dramatic photo captures migrant mom pleading with border guard as she tries to enter US with son,” the headline read.

Dramatic photo captures migrant mom pleading with border guard to let her enter the U.S. with her son https://t.co/STlGDDWaYb pic.twitter.com/U4WA3xTL88

According to Gonzalez, Ledy Perez and her son approached the U.S.-Mexico border — and a Mexican National Guardsman in Ciudad Juarez. “The woman begged and pleaded with the National Guard to let them cross,” he said. The guard, Gonzalez added, said that he was only following orders.

The series of photos taken by Gonzalez showed Perez and her 6-year-old son, Anthony Diaz, speaking with the guard. Perez did not appear to be at all threatened by the guard, taking his arm as she spoke with him. At one point she dropped to the ground, crying, as she hugged her son. (RELATED: Washington Post Hides Correction On TIME Cover Story) 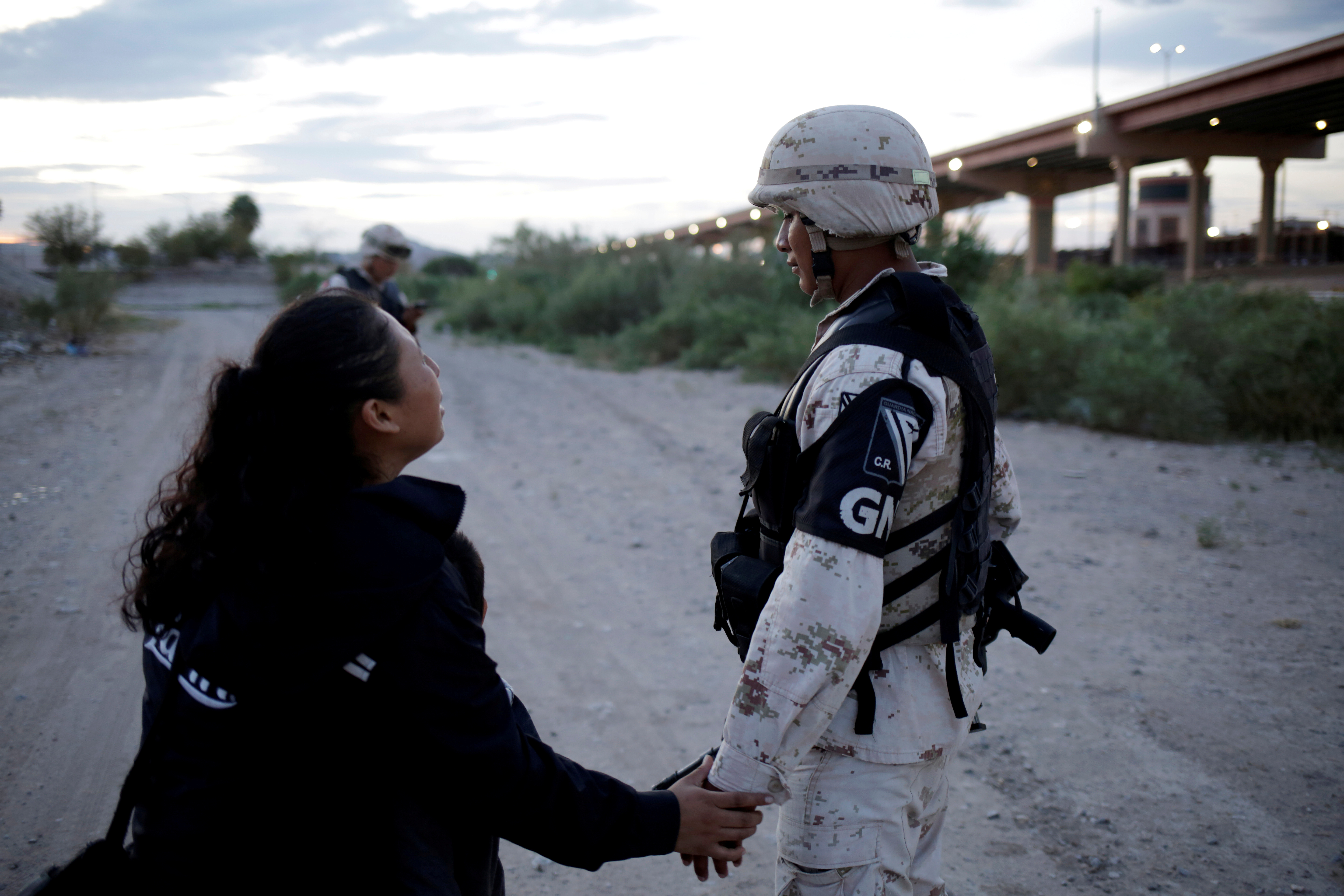 Guatemalan migrant Ledy Perez asks a member of the Mexican National Guard to let her cross with her son Anthony (not pictured) into the United States, as seen from Ciudad Juarez, Mexico July 22, 2019. REUTERS/Jose Luis Gonzalez 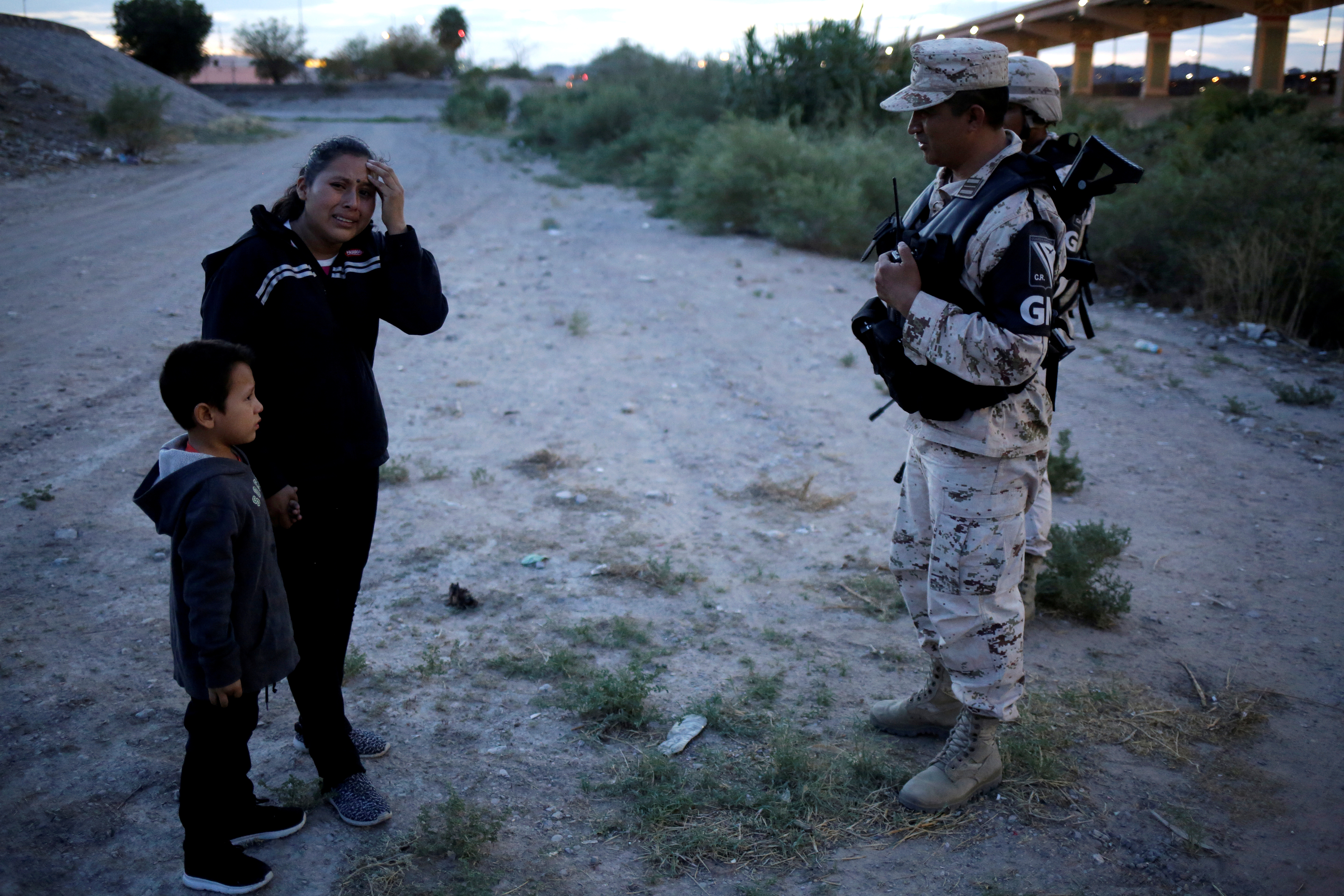 Guatemalan migrant Ledy Perez reacts while holding hands with her son Anthony while asking to members of the Mexican National Guard to let them cross into the United States, as seen from Ciudad Juarez, Mexico July 22, 2019. REUTERS/Jose Luis Gonzalez

Nine paragraphs into the story, however, Reuters shed further light on the context of the situation by including comments from the National Guard and Jesus Ramirez, spokesman for Mexican President Manuel Lopez Obrador.

ohhh wait, he wasn’t even stopping her and this whole thing is stupid pic.twitter.com/5oS0Ve1Gb8

A National Guard official explained that the guard was not trying to stop the woman from crossing, but was trying to convince the woman not to cross illegally and put herself and her child in danger. He “invited her to avoid putting herself at risk by crossing the river with a minor.”

“The Guard combats the crime of people trafficking and protects the human rights of the population and of the migrants crossing the country,” Ramirez told Reuters, noting that the guard had done nothing to impede the woman’s movement or physically block her from crossing the border. Lopez Obrador deployed the National Guard in an effort to curtail trafficking of both drugs and people at the border but made it clear in June that they did not have orders to detain migrants attempting to cross illegally.

Following the confrontation, Perez and her son were photographed moving toward the border in order to cross illegally, unhindered by the guard. 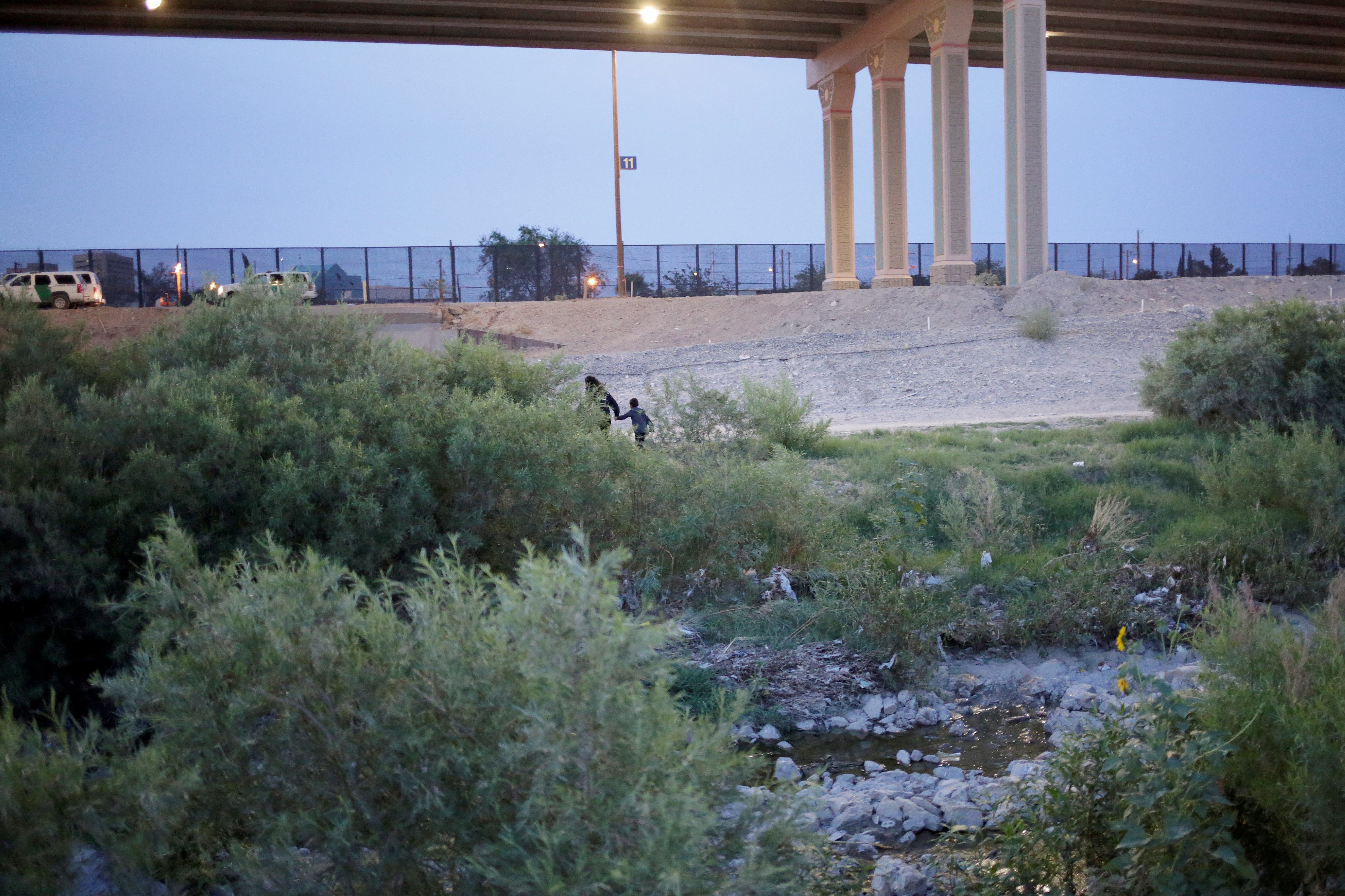