A judge sentenced mail bomber Cesar Sayoc to 20 years in prison Monday after he pleaded guilty to sending pipe bombs to multiple high-profile Democrats and critics of President Donald Trump in 2018.

“Now that I am a sober man, I know that I a very sick man,” Sayoc reportedly said according to CNBC. “I wish more than anything that I could turn back time and take back what I did. … I feel the pain and suffering of these victims.”

“While none of the devices exploded … at the very least they were intended to strike fear and terror into the minds of their victims and to intimidate those victims, mostly prominent political figures, from exercising their freedom,” Rakoff said. 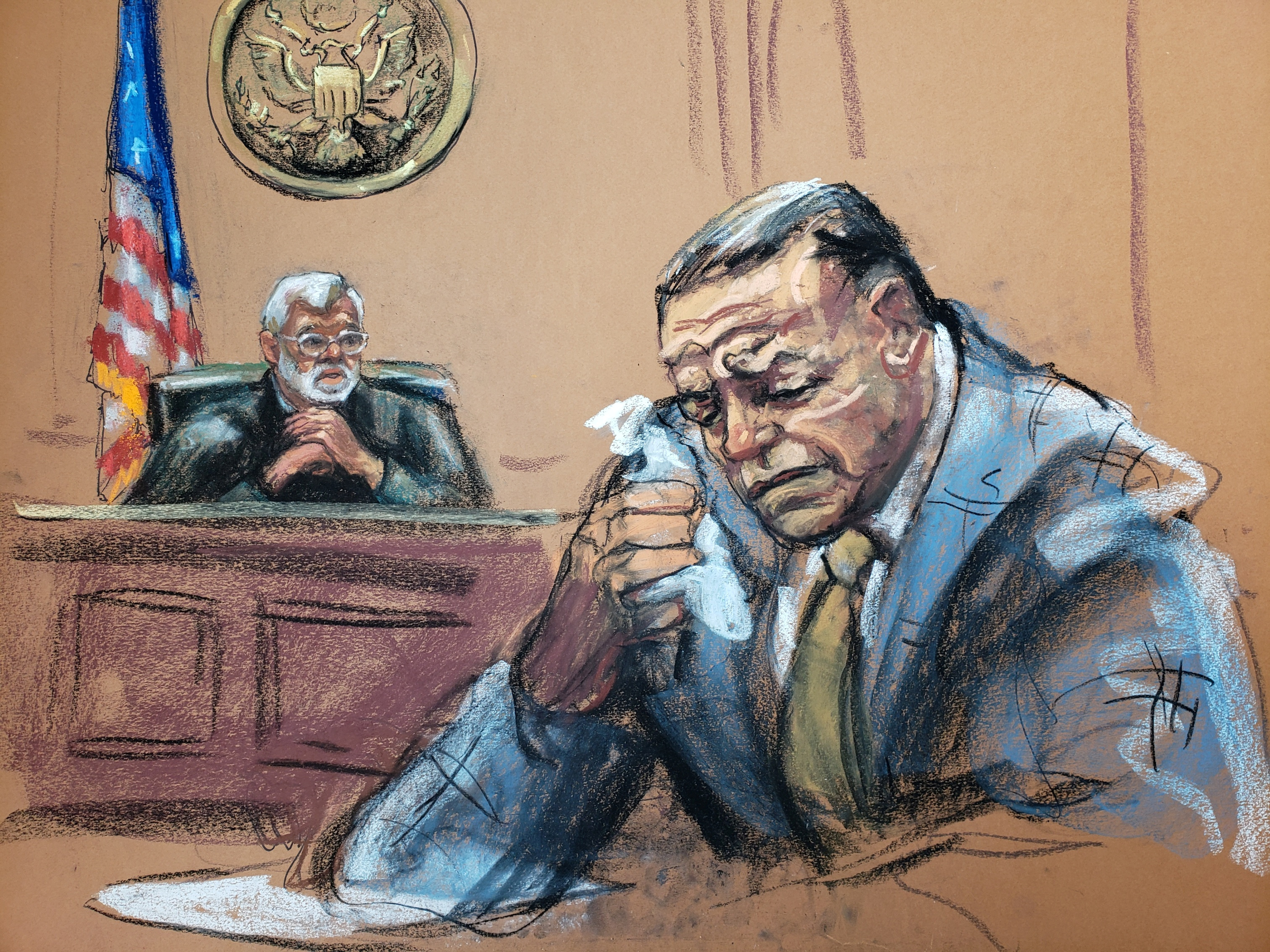 Cesar Sayoc, 57, who pleaded guilty in March to using weapons of mass destruction and other crimes, weeps during sentensing, as U.S. District Judge Jed Rakoff read the sentence, in this courtroom sketch at the federal court in Manhattan, New York, U.S., August 5, 2019. REUTERS/Jane Rosenberg

Sayoc pleaded guilty in March after sending 16 mail bombs to 13 people in all, according to CNBC.

The Florida man made more than a dozen IEDs from PVC pipes packed with explosive material and shards of glass. He sent them to national figures, including former Vice President Joe Biden and former Secretary of State Hillary Clinton. The package scares occurred in October 2018.

Sayoc was living in a van “plastered with stickers praising Trump and attacking the media” when he was arrested in Florida.

The intended recipients of the packages included:

The office of Democratic Florida Rep. Debbie Wasserman Schultz also received a package because the office’s address was used as a return address.