The package is similar to others containing pipe bombs that were sent to high-profile figures including former Secretary of State Hillary Clinton, a source told The Associated Press. 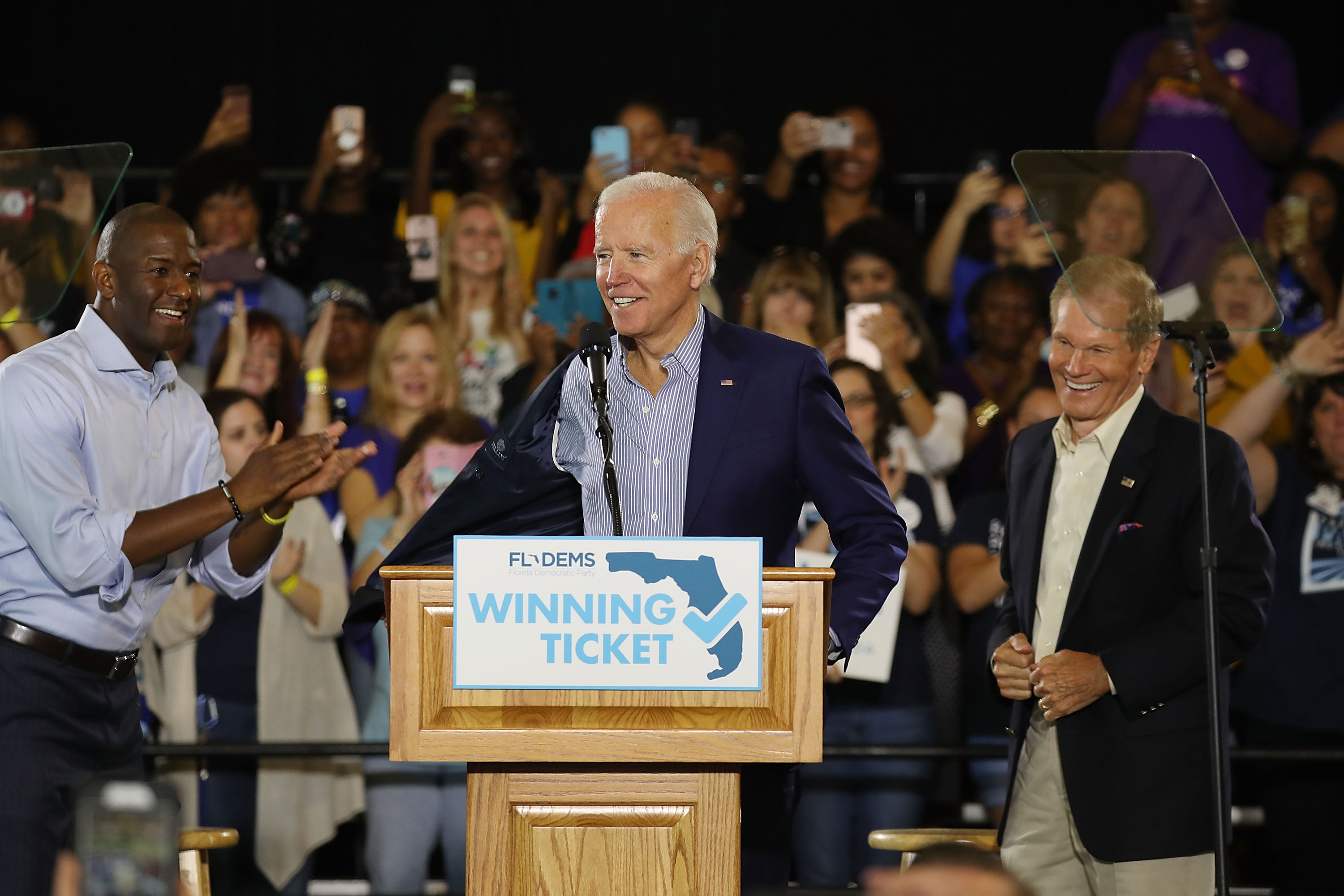 Postal supervisor Sherina Dawson told 6abc Action News that an employee called attention to the package because it had Democratic Florida Rep. Debbie Wasserman Schultz as the name on the return address. Dawson said the item inside the package was similar in shape to a flashlight.

Police shut down the area around the postal facility, reported 6 ABC.

Police also shut down a postal facility in New Castle, Delaware, around 6 a.m. Thursday morning after the first suspicious package addressed to Biden was located. The FBI has taken over the investigation of the facility, reported 6 ABC.

“This country has to come together. This division, this hatred, this ugliness has to end,” Biden tweeted Wednesday before any suspicious packages addressed to him were located by law enforcement.

This country has to come together. This division, this hatred, this ugliness has to end.

Law enforcement got a tip about a mysterious package addressed to the former VP and arrived at his Delaware home Wednesday night before the first package was located.

“Any acts or threats of political violence are an attack on our democracy itself,” President Donald Trump said at a rally in Wisconsin Wednesday evening. “No nation can succeed that tolerates violence or the threat of violence as a method of political intimidation, coercion or control. We all know that. Such conduct must be fiercely opposed and firmly prosecuted. We want all sides to come together in peace and harmony. We can do it.”