Gun control groups held a candlelight vigil outside the National Rifle Association’s headquarters in northern Virginia Monday for the victims of the recent shootings in El Paso, Texas, and Dayton, Ohio.

Participating gun control groups like “Moms Demand Action” and “March for Our Lives” showed up to pay respect to the 31 killed in the back-to-back shootings and to urge the nation’s largest gun-rights organization to support gun control, the Associated Press reported. 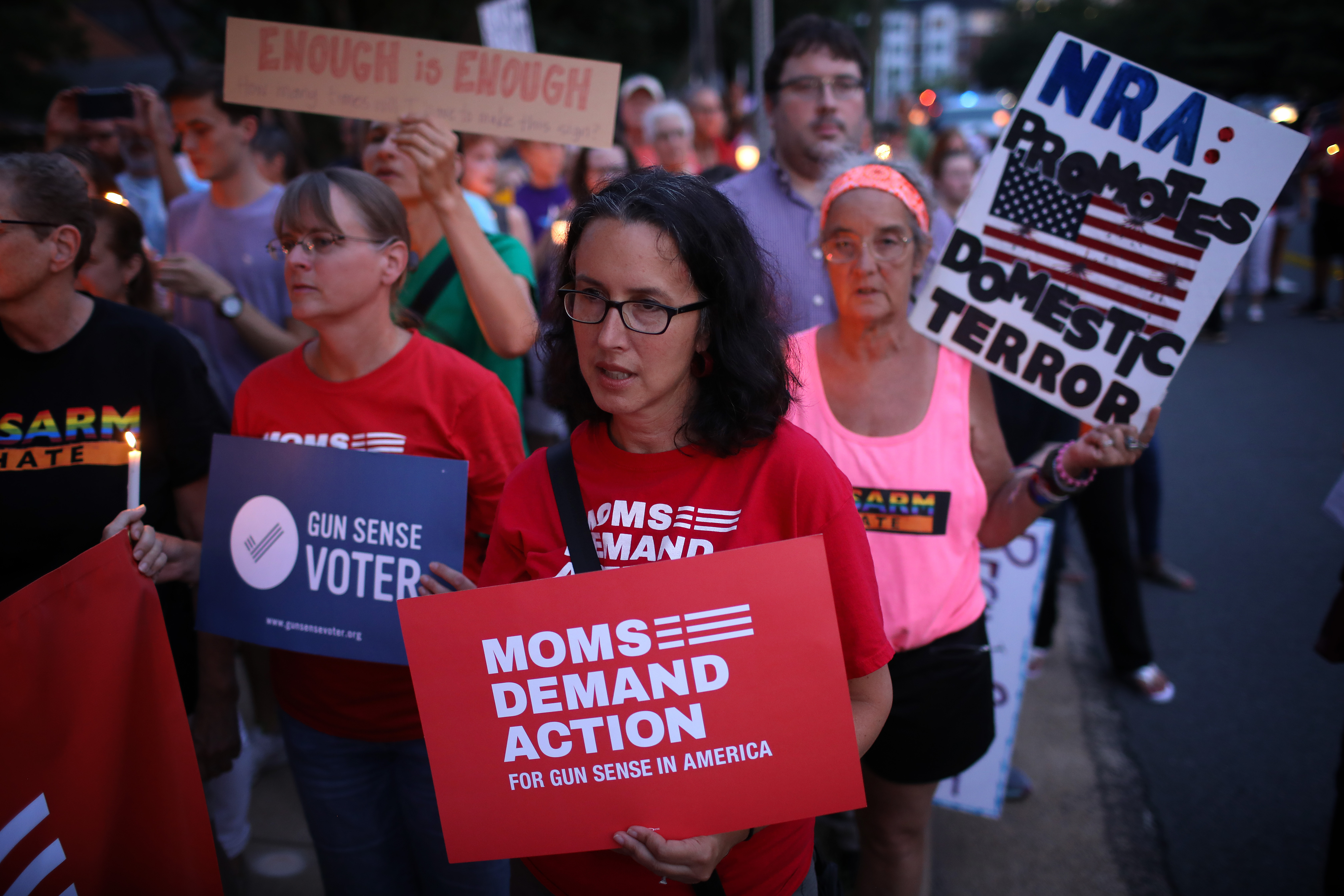 Those present observed moments of silence as the victims’ names were recited. The list of victims included those gunned down in El Paso and Dayton, as well as shooting victims in Chicago over the weekend. Additionally, the name of 13 black transgender women killed this year were also read.

In a statement issued Monday about the shootings over the weekend, the NRA said it did not want to “politicize” the shootings.