The New York Times stock dropped 20% Wednesday after the company said ad revenue would decline in the third quarter of 2019.

The company said it expects both its print and digital ad revenue to decline in the high single-digits next quarter, Business Insider reported. (RELATED: Trump Goes After NYT Columnist Who Predicts His Reelection)

“We expect the second half of 2019 to be somewhat more challenging for digital advertising than the first half, with this year’s revenue comping against our large gains in the third and fourth quarters of 2018,” NYT Chief Executive Officer Mark Thompson said in a statement.

The publisher brought in $436.25 million in ad revenue compared to the $439.25 million analysts estimated it would make in the second quarter of 2019, and earnings per share diluted from continuing operations of $0.17 compared to $0.15. Its operating profit also decreased by $2.1 million from the same quarter last year, according to BI. 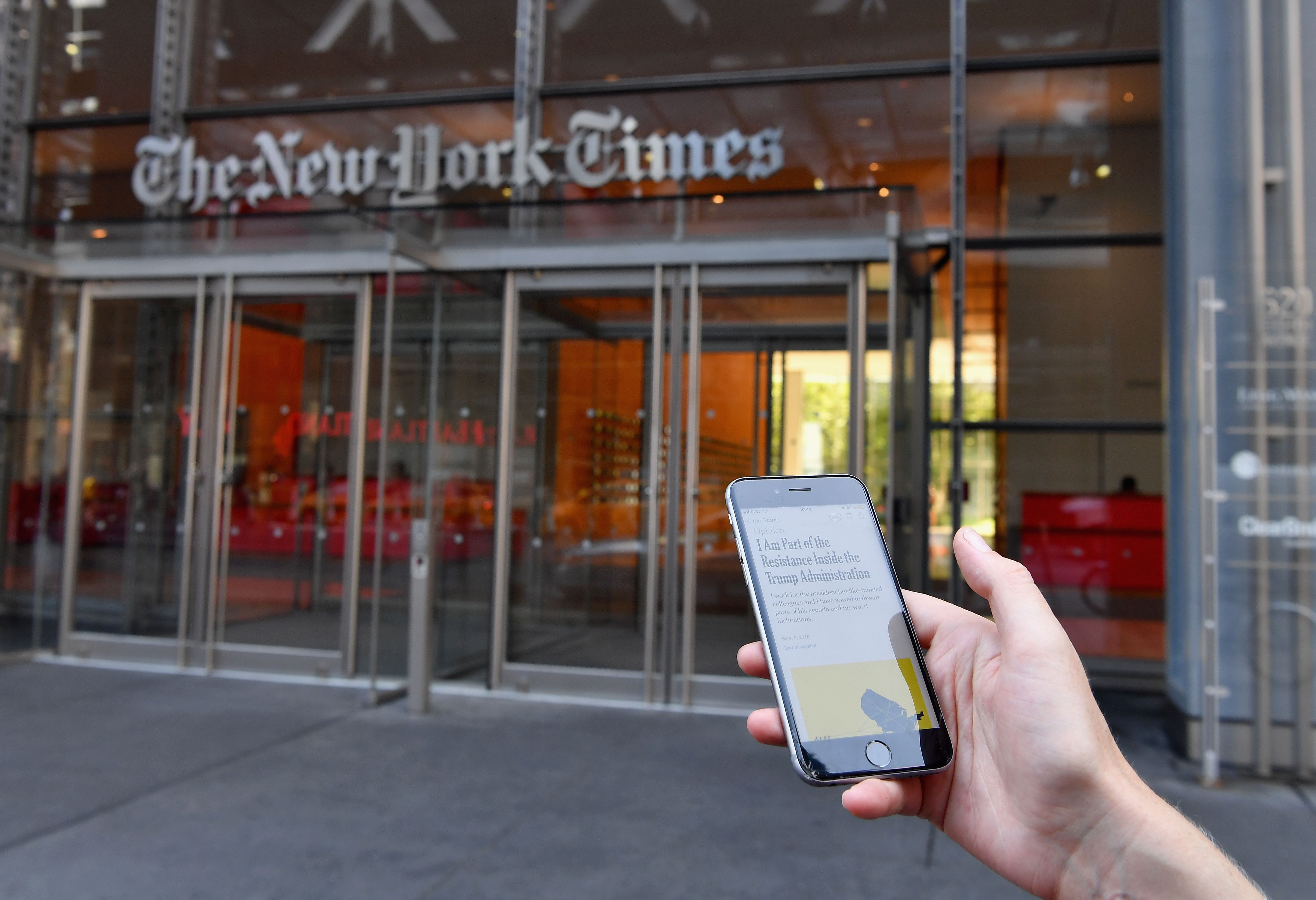 A smartphone displaying a New York Times opinion piece titled “I Am Part of the Resistance Inside the Trump Administration” is held up in this illustration in front of the New York Times building. (Photo by ANGELA WEISS / AFP/ Getty Images)

Thompson said the decrease in profit in the second quarter is likely the result of “continued investment into growing our subscription business.” (RELATED: New York Times Article Praises Soviet Union For Diversity In Losing Space Race)

The Times came under fire Tuesday for changing the headline on its featured article from “Trump urges unity vs. racism” to a different headline that read, “Assailing hate but not guns,” after its readers said the paper was not being critical enough of the president.

Trump responded to the change on Twitter, saying, “‘Trump Urges Unity Vs. Racism,’ was the correct description in the first headline by the Failing New York Times, but it was quickly changed to, ‘Assailing Hate But Not Guns,’ after the Radical Left Democrats went absolutely CRAZY!”

..”This is an astounding development in journalism. I’ve never seen it happen before, I’ve just never seen anything like this! Is that journalism today? I don’t think so!” Mark Penn, Former Clinton Advisor. @TuckerCarlson After 3 years I almost got a good headline from the Times!

“Fake News – That’s what we’re up against. … After 3 years I almost got a good headline from the Times!” he continued.