Ohio Rep. Tim Ryan says he plans to lead “a caravan” of gun control enthusiasts to Senate Majority Leader Mitch McConnell’s home in Kentucky in order to publicly pressure the lawmaker to “get off” his “ass” and help enact stricter gun control measures.

The Democratic presidential candidate made the pledge Wednesday, immediately prior to President Donald Trump’s visit to Dayton, Ohio, where he came to commiserate with those affected by Sunday morning’s shooting, which resulted in nine deaths.

The president was confronted by demonstrators and the “Baby Trump blimp” upon his arrival.

“Tomorrow, I am leading a caravan in my official capacity as a congressman, working with Moms Demand Action, to start in Youngstown and go to Akron, and Columbus, and Dayton, and Cincinnati and pick people up along the way, and we’re going to Louisville, Kentucky,” Ryan told CNN. (RELATED: Twitter Locked McConnell Campaign’s Account For Posting Videos Of Protesters Outside Senator’s Home)

A recent fall fractured McConnell’s shoulder and he has been recuperating at home since.

“We’re going to make sure that Mitch McConnell knows that there are two pieces of legislation sitting on his desk that he needs to bring up for a vote to actually get some action” Ryan said, adding that the Senate majority leader needs to “know that we’re very, very serious about what’s happening here.” (RELATED: Protesters Gather Outside McConnell’s Home. One Calls For Senator To Break His Neck) 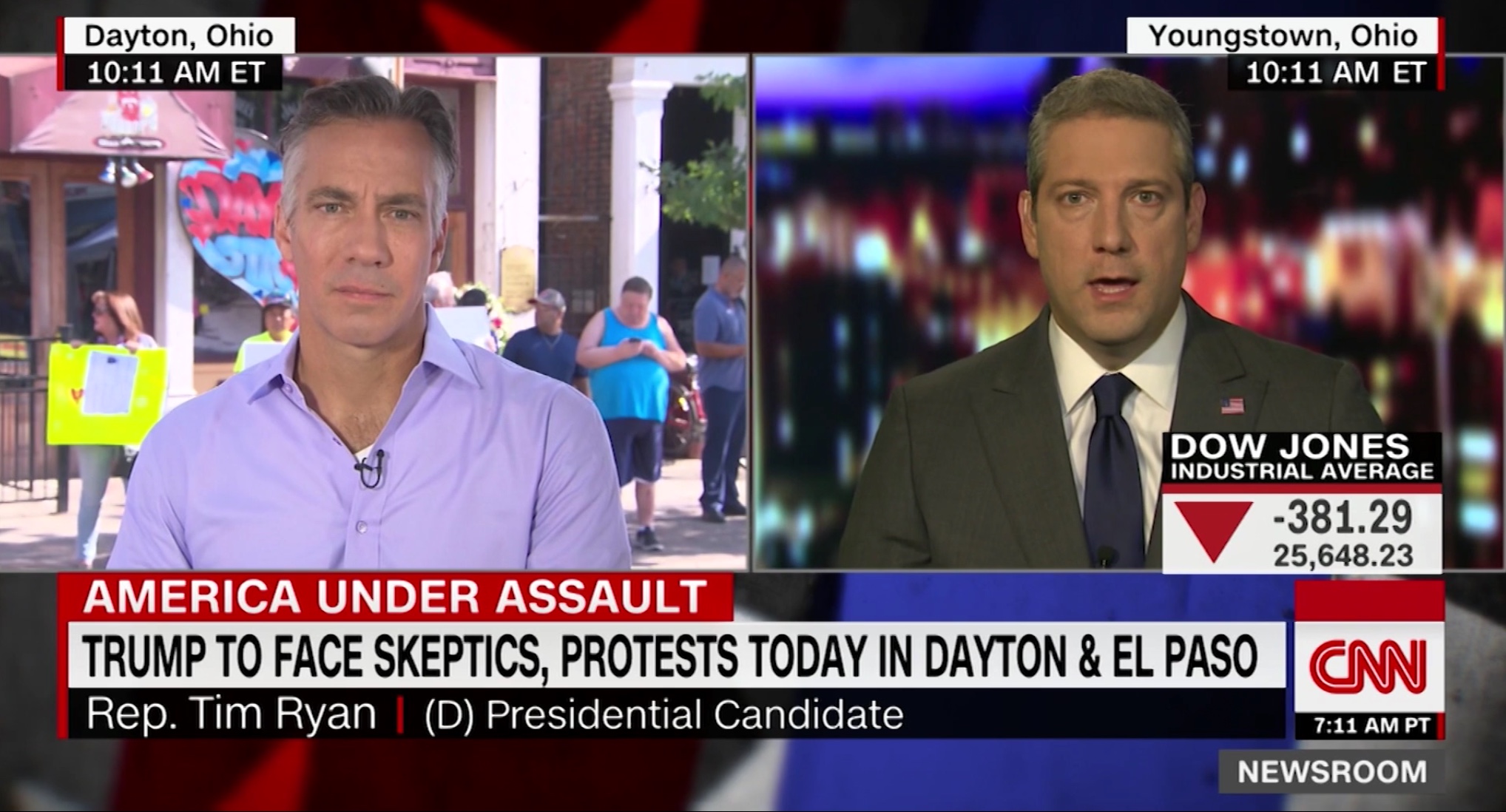 Ryan believes that McConnell is “stonewalling” on gun control legislation and that he needs to move on legislation. Congress is currently on a summer break.

“Get your culiones, OK, grab ’em, and do something, because the American people are fed up with you stonewalling everything,” Ryan said. “People are dying on the streets just a couple hours from your house, and you’re sitting there doing nothing.”

“Get off your ass, and get something done. We’re fed up,” Ryan said, insisting that “Ohioans aren’t forgetting — we’re going to see Mitch McConnell tomorrow, and we’re inviting every surrounding state to get a caravan and meet us in Louisville, Kentucky.”