President Donald Trump said Friday he is making sure the NRA’s “strong views” on background checks are being represented in legislative discussions.

Trump sent out an early tweet to say the NRA‘s views are being considered during ongoing discussions with House and Senate leadership on gun background checks, but reiterated that guns should not be in the wrong hands.

“Guns should not be placed in the hands of mentally ill or deranged people,” Trump said in the tweet.

Serious discussions are taking place between House and Senate leadership on meaningful Background Checks. I have also been speaking to the NRA, and others, so that their very strong views can be fully represented and respected. Guns should not be placed in the hands of…..

….mentally ill or deranged people. I am the biggest Second Amendment person there is, but we all must work together for the good and safety of our Country. Common sense things can be done that are good for everyone!

The gun-rights group has been consulting with Trump since shortly after the mass shootings last weekend in El Paso, Texas, and Dayton, Ohio, that killed 31 people, according to The Hill. 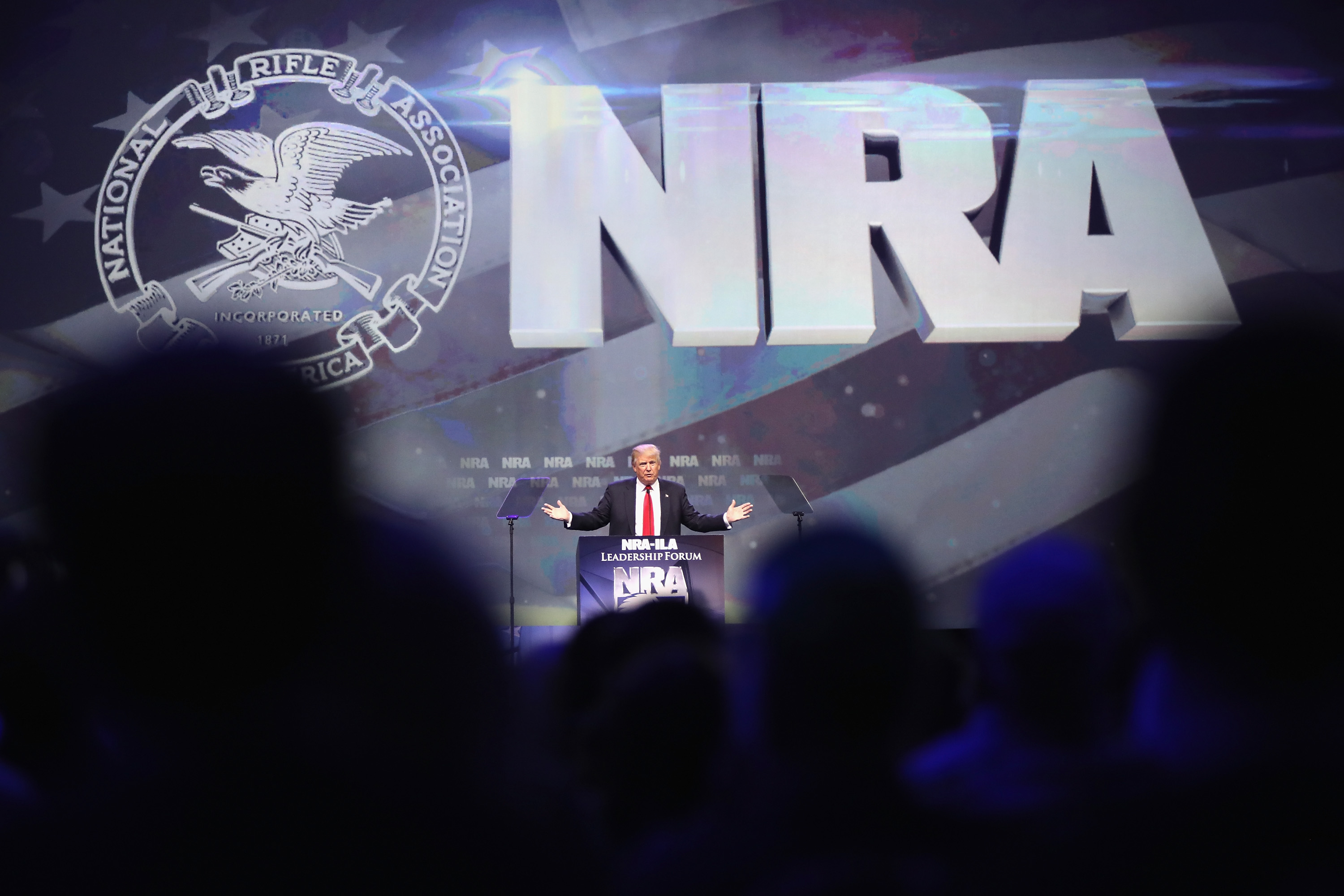 The NRA endorsed Trump at the NRA ILA Leadership convention May 20, 2016. (Photo by Scott Olson/Getty Images)

Trump addressed the nation Monday, when he called for gun reforms including early warning gun confiscation and mental health background considerations to block access to firearms.

The NRA initially released remarks supporting Trump, but issued a longer statement by tweet Thursday to clarify issues they have with Trump’s proposals, including questions about background checks. (RELATED: NRA Comes Out Swinging Against Attacks, Trump Gun Proposals)

“It is not enough anymore to simply say that ‘we need more background checks,'” they said.

“Considering both suspects in El Paso and Dayton passed them, that is rhetoric for billionaire activists and campaign rallies – not a call for constructive progress,” the statement added.

Trump’s tweet Friday may help reassure the pro-gun part of his voting base that their views are being heard, since some had responded unfavorably to address Monday. (RELATED: ‘He Doesn’t Know How Volatile This Issue Is’: Pro-Gun Group Responds To Trump Gun Control)

“I am the biggest Second Amendment person there is, but we all must work together for the good and safety of our Country,” Trump’s tweet concluded.