Twenty-three people were killed and thirteen were injured in an arson Tuesday night at a bar in Coatzacoalcos, Mexico.

Arsonists reportedly started a fire at a Veracruz bar after locking patrons inside, killing 15 men and 8 women, Time reports. Authorities are still actively searching for the suspects, the Veracruz state prosecutors office says.

The attorney general’s office of the state of Veracruz identified the bar as “Bar Caballo Blanco,” which is located on a busy strip in Coatzacoalcos, according to Time.

Veracruz Gov. Cuitlahuac Garcia suggested in a in a statement obtained by Time that gang violence was the source of the fire. “In Veracruz, criminal gangs are no longer tolerated,” he added.

He added that the police, armed forces and the newly established National Guard are actively involved in the search for those responsible.

President Andres Manuel Lopez Obrador called the attack “horrendous” as well as “the most inhuman thing possible,” on a Wednesday morning news conference. He explained that the assailants had locked the victims in the bar before lighting the bar on fire, according to the Associated Press. (RELATED: Mexican President Says Trump Has Become ‘More Moderate’ With His Immigration Rhetoric)

“The criminals went in, closed the doors, the emergency exits, and set fire to the place,” he said during the news conference. 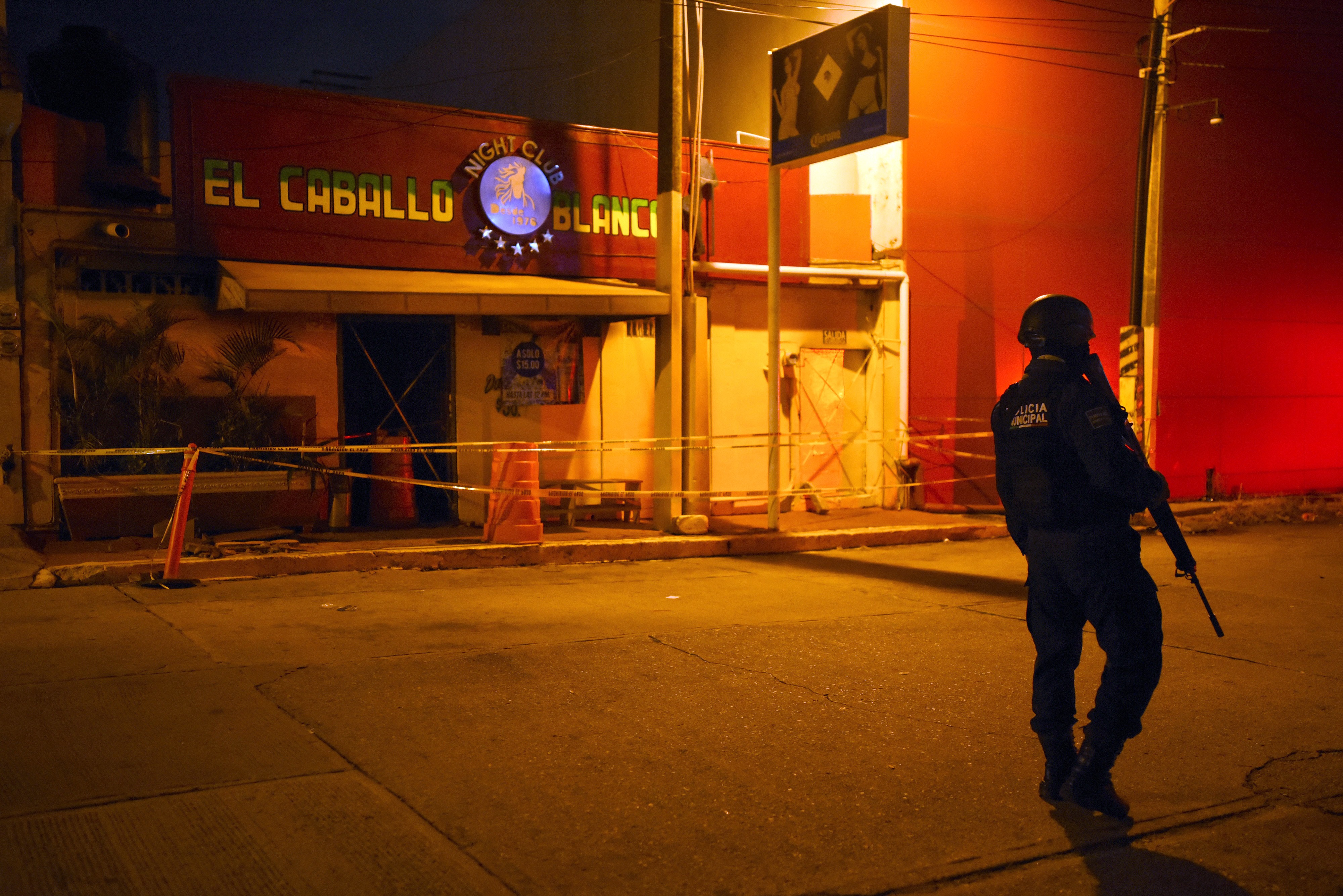 A police officer stands guard outside Caballo Blanco bar (White Horse bar) where 25 people were killed by a fire in Coatzacoalcos, Veracruz State, Mexico, on August 28, 2019. – At least 25 people were killed and 13 badly wounded in a fire which broke out Tuesday night at the bar as is being investigated as an attack, authorities said Wednesday. The state of Veracruz is a flashpoint in the bloody turf wars between Mexico’s rival drug cartels. (Photo by VICTORIA RAZO / AFP) (Photo credit should read VICTORIA RAZO/AFP/Getty Images)

Lopez Obrador said as many as 25 people have been declared dead from the arson. Pictures of the aftermath show tables and chairs scattered across the bar floor, AP reports.

VIDEO: ???????? At least 23 people were killed and 13 badly wounded in a fire that was likely caused by an attack at a bar in #Coatzacoalcos, eastern Mexico, prosecutors say pic.twitter.com/qMWMJoiFAp

Garcia identified the main suspect in the case as a man known as “La Loca,” who was reportedly detained by marines in July, then released from custody after being turned over to the state prosecutor’s office, according to AP.

Lopez Obrador also suggested that some suspects connected to the arson were released from custody, according to Reuters.

Several Mexican media outlets have reported that gunshots were fired into the bar before it was set ablaze, according to Reuters.

The arson has been one of the worst mass killings in mexico during Lopez Obrador’s administration, according to Reuters. In April, another bar was attacked in Veracruz where 13 people were reportedly killed.

Veracruz is a major transit point for drug smuggling as well as a hotbed of gang violence.