At least five people have been confirmed dead on Abaco Island as Hurricane Dorian passed through the Bahamas Monday.

The Category 4 storm has already caused “extreme destruction” as surges rose up to 18 feet above normal levels Monday, the New York Times reported. Dorian is expected to head close to the Florida coast Tuesday evening.

“We are in the midst of a historic tragedy,” the Bahamas Prime Minister Hubert Minnis said when responding to news of the five deaths. “Our focus is search, rescue and recovery. I ask for your prayers for those in affected areas and for our first responders.”

“Many homes, businesses and other buildings have been completed or partially destroyed. Downtown Grand Bahama is under three feet of water, including the ground floor of its hospital and the prime minister’s office.”

The hurricane came to a standstill above the islands at 7 p.m. Monday and gusts reached up to 170 mph, according to forecasters, the NYT reported. It is expected to continue through the islands through Monday evening and then head towards the Atlantic coast towards Florida.

Dorian will move “dangerously close” to the Florida coast and then continue along the coasts of Georgia and South Carolina late Wednesday, according to the NYT.

Evacuations have been ordered for parts of Florida, South Carolina and Georgia. (RELATED: Hurricane Dorian Expected To Be A Category 4 As It Nears Florida) 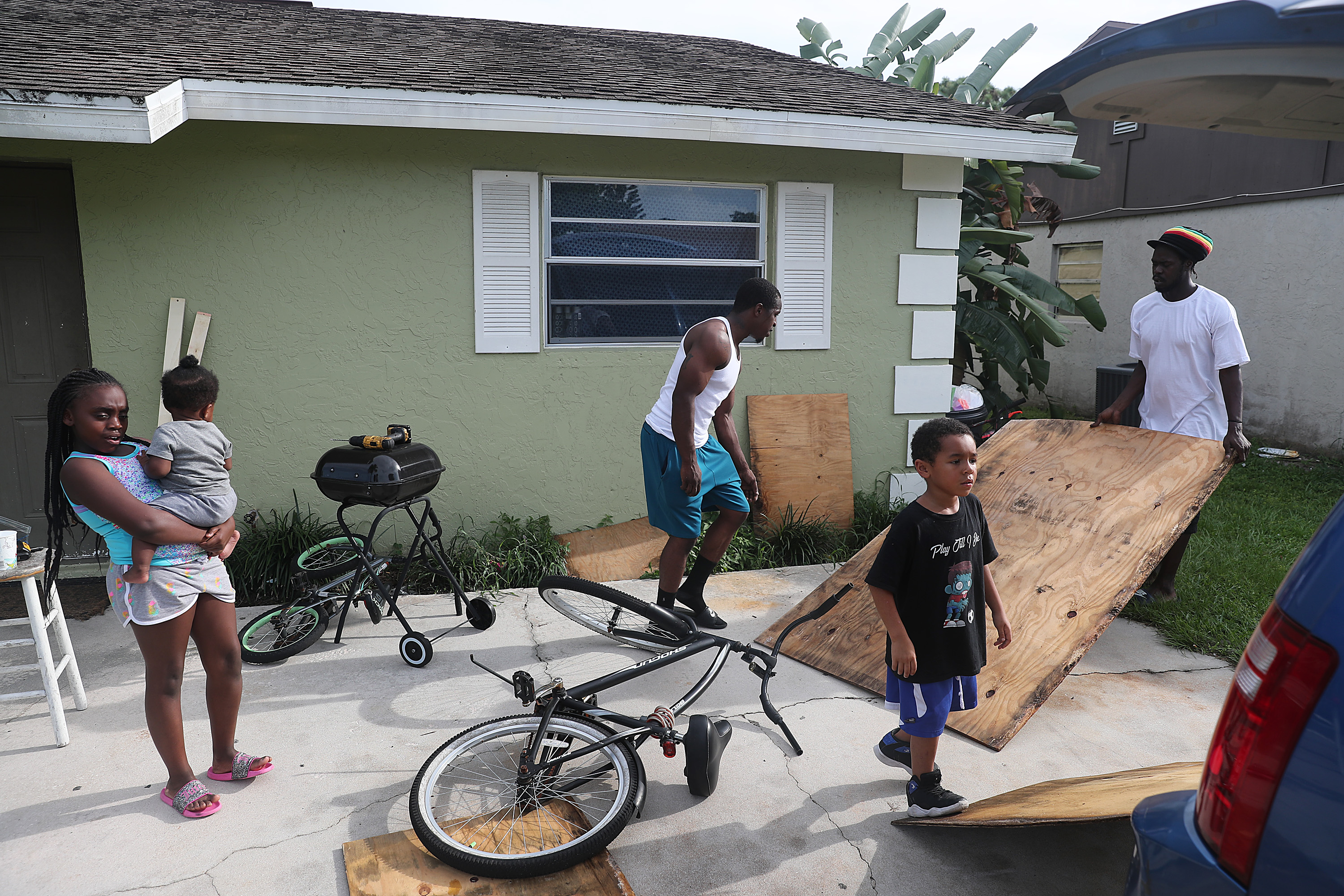 Langdon Bryant (R) and Marcus McClain (C) prepare to hang plywood over a window as they protect their home just in case Hurricane Dorian hits the area on September 01, 2019 in Port Salerno, Florida. (Joe Raedle/Getty Images)

“We know that we cannot make everybody happy, but we believe that we can keep everyone alive,” Republican Gov. Henry McMaster of South Carolina said, according to the NYT. Eight counties began evacuations Monday.

“Tonight and tomorrow morning, we’ll start to see the pull to the north that we’ve all been anxiously awaiting, because we really need to get this thing off of the Bahamas and moving northward,” Ken Graham, the director of the National Hurricane Center, said in a Facebook video, the NYT reported.