A Brooklyn Jewish man was beaten with his own belt outside of a synagogue by two individuals Saturday, representing one of four alleged anti-Semitic incidents in the NYC area in just one week.

The two men — who were reportedly drinking outside the synagogue — threw the Jewish man to the ground, removed his belt and began wailing on him with it. Former New York Assemblyman Dov Hikind claimed the attackers called the man a “Fucking Jew” during the attack, but the NYPD could not confirm this, according to a News 12 Brooklyn report.

BREAKING: just got a call from 70th pct about another violent antisemitic hate crime. A young Jewish man was called a “F***ing Jew” and then belted over the head with a metal belt buckle!@NYCMayor do we need history to repeat itself for you to take action?! Must we die first?! https://t.co/6WgNPnOR8l

But, similar attacks seem to be nothing new in what Mayor Bill de Blasio refers to as the “safest big city in America.”

63-year-old Rabbi Avraham Gopin was struck with a large rock in the face, shattering his nose and knocking out two of his teeth Tuesday in Brooklyn. He was also punched in the face repeatedly in what a relative indicated was an attack that was aimed at ending his life, a CBS2 report says. 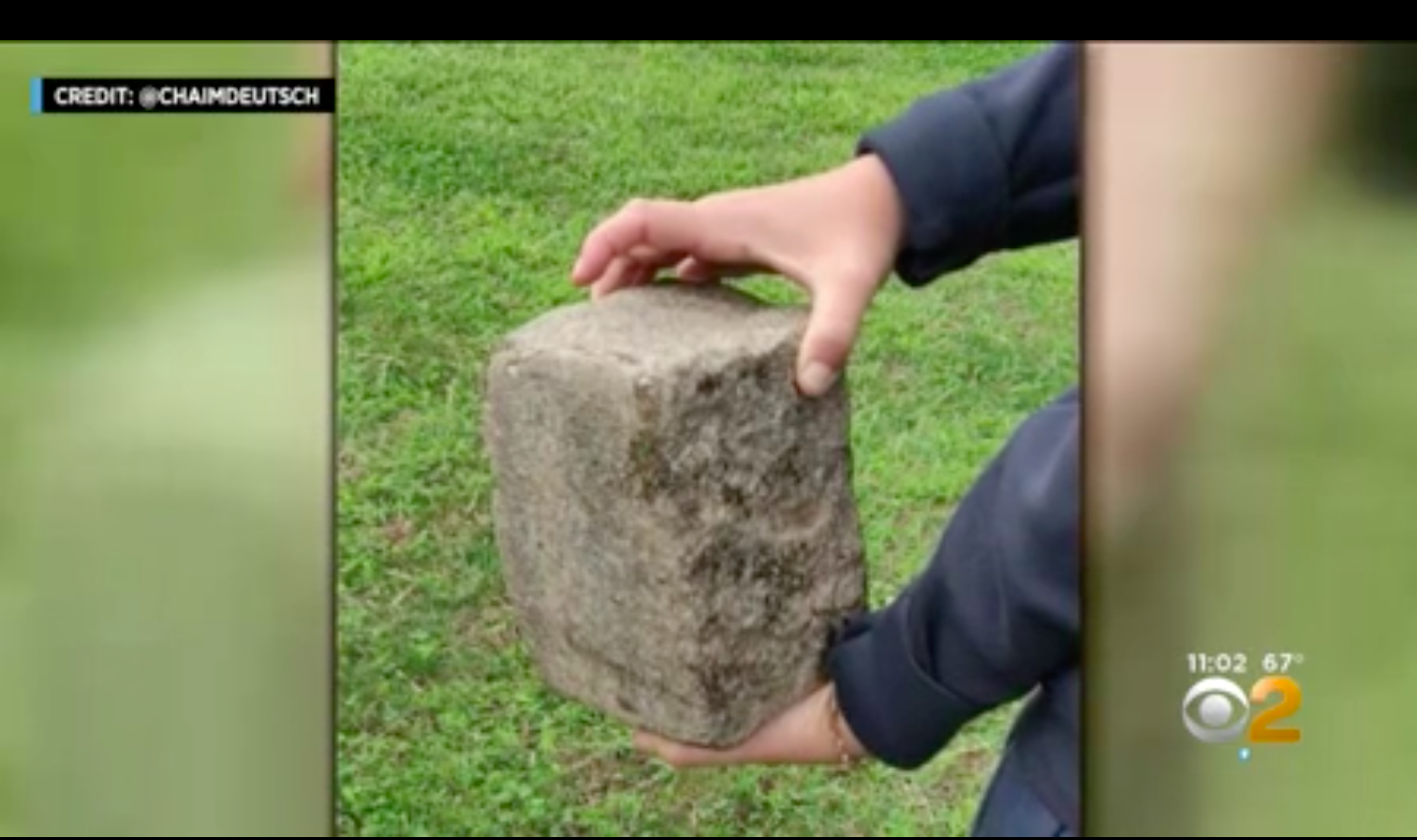 “When he saw me, he jumped towards me… throwing rocks full force towards my head,” Gopin told CBS2. “Then he jumped on me start to fight with me, trying to knock me in the face – 20, 25, 30 times with his fists and I was protecting myself.”

Another Orthodox Jew was struck with a reported block-of-ice while he sat in his car in the same Brooklyn neighborhood of Crown Heights on Thursday. (RELATED: Rep Brad Schneider: Boycotting Israel Is Anti-Semitic, Won’t Condemn Omar, Tlaib For Supporting It)

A Queens beach club was forced to close over Labor Day weekend when graffiti was found on the premises with the phrases: “gas chamber” and “Heil Hitler” Saturday. Swastikas were also drawn, bringing the week’s anti-Semitic total to four incidents, according to a New York Post report.