Democratic Reps. Alexandria Ocasio-Cortez of New York, Ilhan Omar of Minnesota, Ayanna Pressley of Massachusetts and Rashida Tlaib of Michigan are often referred to as “the squad.” The four freshman lawmakers are popular on social media and have come under fire for some of their outspoken progressive beliefs.

McDaniel believes the four congresswomen help the RNC because of their “divisive” statements and beliefs.

“We want them active on social media, we want them just totally unleashed,” McDaniel said when asked about the effect the squad might have on future Republican voters. “They’re very divisive, and we are finding that in everything we’re seeing.”

“We encourage the left to embrace them and we will continue to highlight that embrace,” she added.

The congresswomen turn off some “toss up” voters, according to McDaniel, moving them closer to voting Republican.

“I think they turn some of our women voters – those toss up women voters – off, with some of the rhetoric about Israel, with things that they’ve done,” McDaniel told reporters Wednesday. “We are equally in love with the squad.” 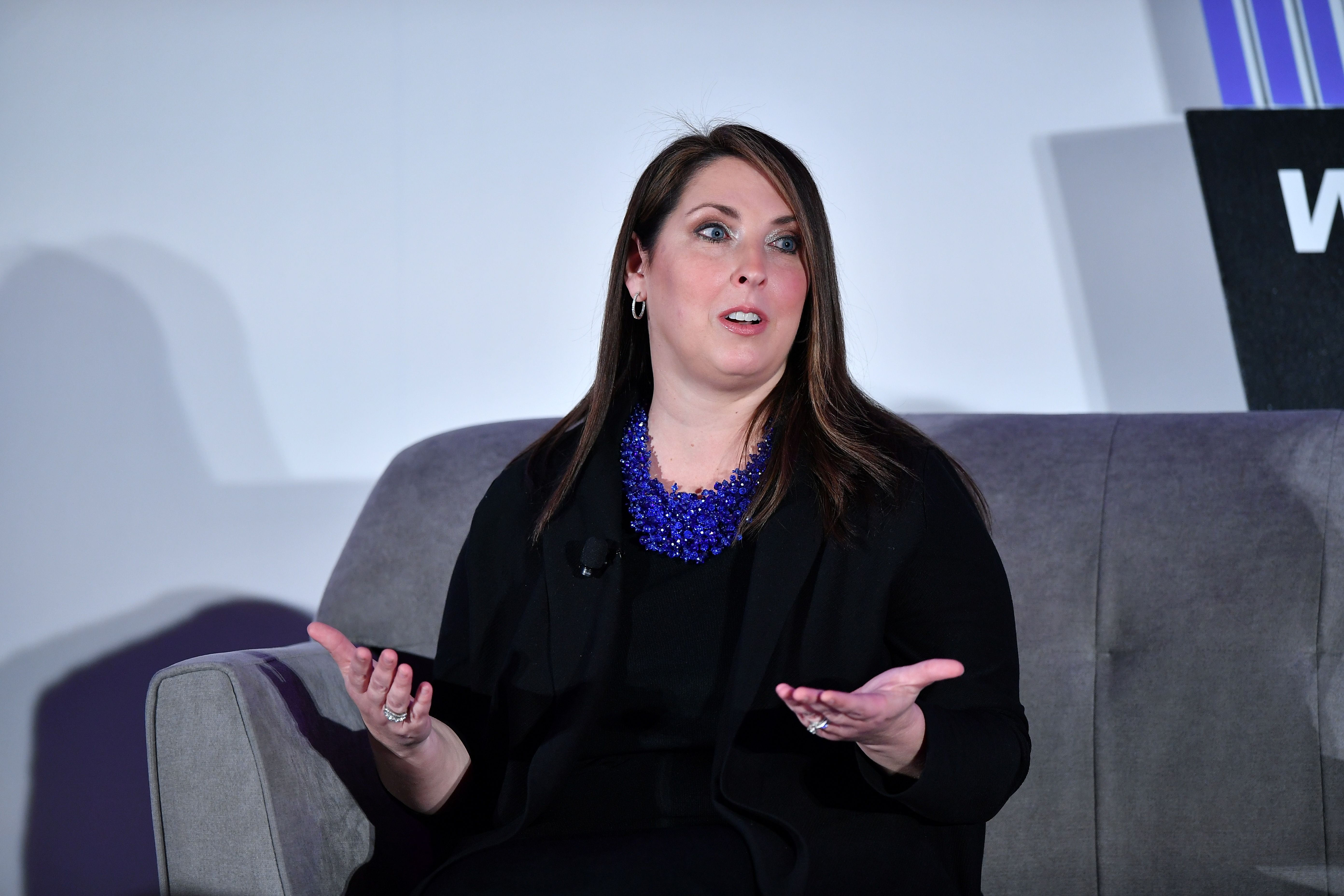 Ocasio-Cortez, Omar and Tlaib have all expressed anti-Israel sentiments, resulting in Omar and Tlaib being banned from visiting Israel in August. Pressley split from the others on this issue in July, voting to condemn the anti-Israel BDS movement. (RELATED: Trump On The ‘Squad’: They Are Not ‘Capable Of Loving Our Country’)

“So interesting to see ‘Progressive’ Democrat Congresswomen, who originally came from countries whose governments are a complete and total catastrophe … now loudly and viciously telling the people of the United States, the greatest and most powerful Nation on earth, how our government is to be run,” Trump tweeted about them in July.

“Why don’t they go back and help fix the totally broken and crime infested places from which they came. Then come back and show us how it is done,” he added.

The four have also sparked discord within the Democratic Party, taking on House Speaker Nancy Pelosi about differences in economic policies, impeachment and immigration.