A senior Google employee managing Google Cloud business with the U.S. government appears to have assaulted a pro-life activist near a Washington, DC, Planned Parenthood on Saturday.

After the incident, the alleged victim followed the man home in his car, hoping to identify him, and was later tipped off that the alleged assailant was Quinn Chasan, who according to his LinkedIn is employed by Google as, “Head of Customer Analytics, Google Cloud, U.S. Government.”

The Daily Caller was able to confirm his identity by linking the address he was followed to with a post on Facebook advertising a July party at the same location. Posts on Chasan’s Instagram, which was set to private shortly before publication, also appear to match the man who appears in video taken of the incident, and both also have a left ear piercing.

Chasan was contacted by text and social media, and a message was left on his phone, but did not respond by press time.

Google spokespeople were also contacted by both text and email, but have not responded as of press time.

“V-1 [victim] called for Police assistance after he was punched and pushed by S-1 [suspect] after a heated argument turned physical in the 400 block of M street,” an incident report obtained by the Daily Caller reads, “N.E. M.P.D Officers arrived on scene where V-1 flagged Officers down to give his account of events. This is an open case.”

“No further information is available at this time. This case remains under investigation,” an MPD spokesperson told the Daily Caller.

The alleged victim, Michael Gribbin, took video of the incident. The two video clips, posted to YouTube, show Gribbin following his alleged assailant and demanding his chalk back, which he had been using to write pro-life messages on the pavement outside of Planned Parenthood. (RELATED: Pro-Life Activist Punched In The Face)

The video shows the alleged assailant taking the chalk out of the bag and throwing it. He then walks to and unlocks his bike. Gribbin grabs the bike and says he won’t allow the man to leave until the police arrive. The video then appears to show the assailant punching and pushing him to the ground.

“As an individual who helps to coordinate these sidewalk counseling efforts, I condemn the assault on Mike in the strongest possible terms,” Michael New, a pro-life activist and professor at Catholic University, told the Daily Caller. “It is of utmost importance to me that the sidewalk counselors and prayer warriors are safe at all times. Chalking a public sidewalk is protected by the first amendment. Furthermore, no one should have to fear for their safely for espousing pro-life views in public.”

“He was writing anti-abortion shit on the sidewalk and preventing me from leaving,” Chasan says in a second video posted to YouTube.

“That’s because you stole my chalk,” Gribbin replies.

“Dude, I’m gonna kick the shit out of you again if you don’t get off my shit,” Chasan says. (RELATED: Report: Video Catches Man Beating Christian Bloody Outside Abortion Clinic)

The following photo is a screenshot from the YouTube video taken by Gribbin: 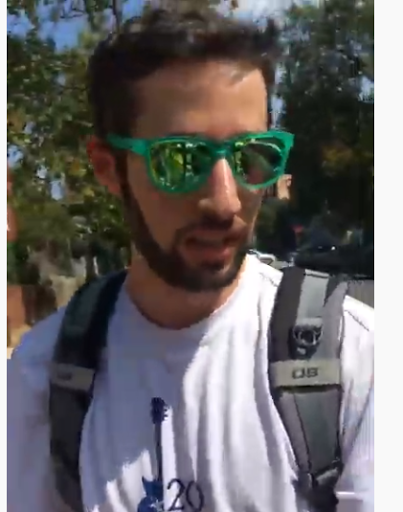 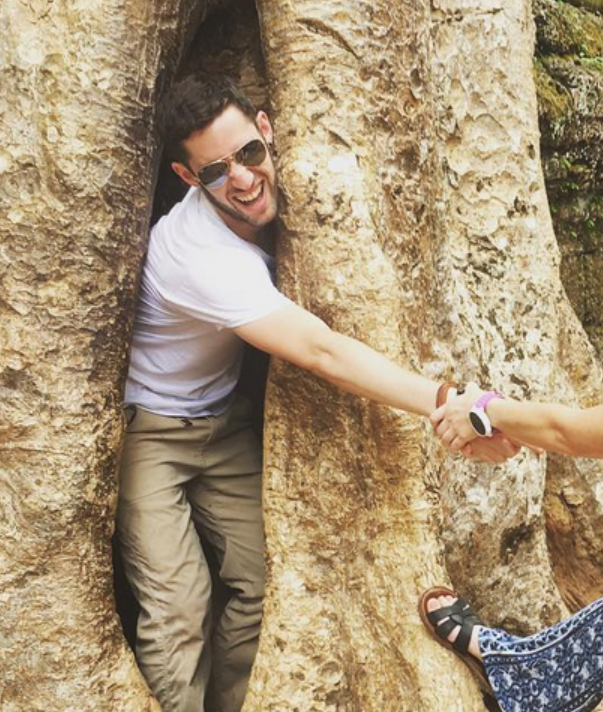 According to a brief bio from a speech he gave at a predictive analytics conference, Chasan “helps Government agencies integrate their digital tracking programs with their offline data to create a 360 degree view of the citizen, across efforts from opioid treatment & recovery to military recruiting.”

Prior to his current role at Google, according to the same bio, Chasan “was the senior technical account manager for the media relationship between Google and the Department of Health and Human Services.”

Posts to Chasan’s Instagram indicates he visited the White House multiple times, even bowling in the Truman bowling alley. 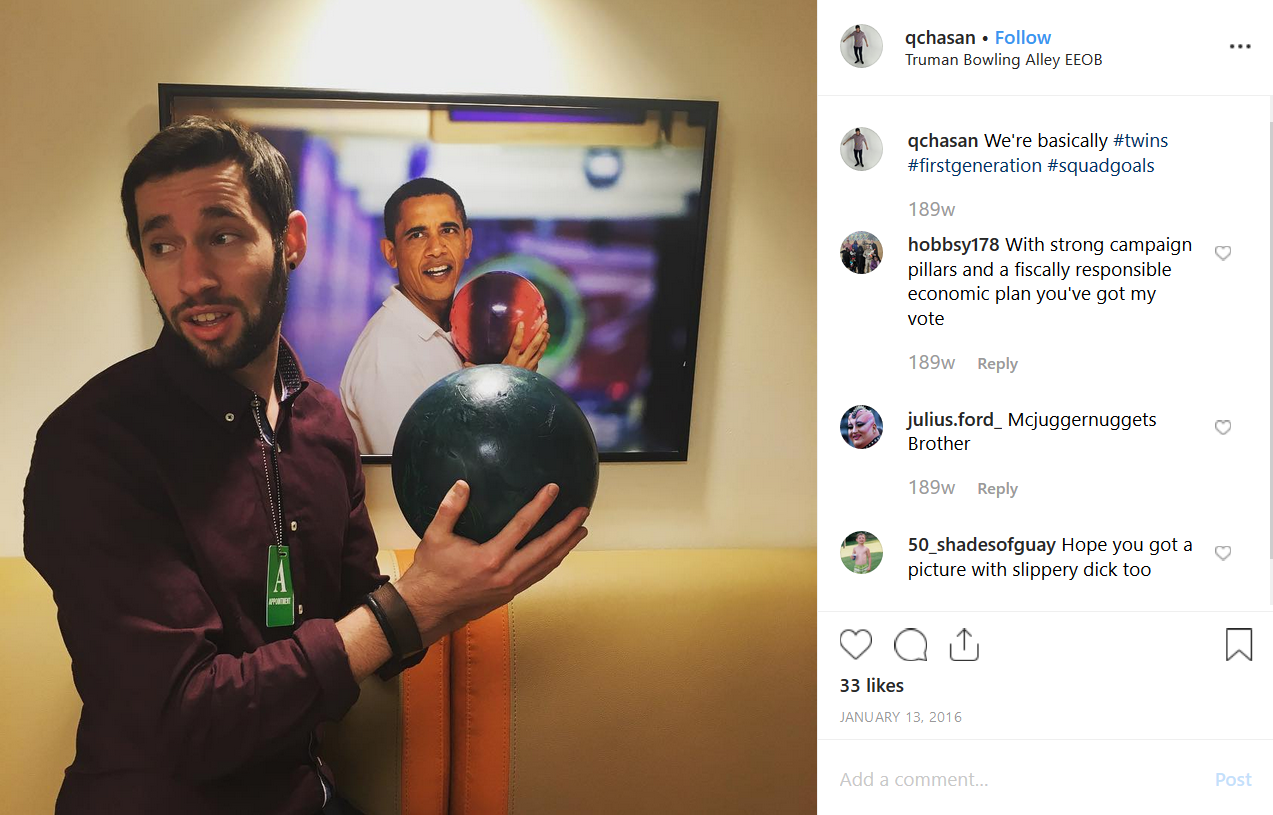 In an interview with the Daily Caller, Gribbin showed multiple bruises from the incident, all over his torso and leg, and a substantial bruise over the left side of his forehead.

Michael Gribbin explains what happened in the video below: