Cruz made the comments during an event the Victims of Communism Memorial Foundation (VOC) hosted in conjunction with a Tuesday congressional hearing on Hong Kong’s summerlong protests against a failed Chinese extradition bill that would have sent criminal suspects in Hong Kong to mainland China for trial.

“To the people of Hong Kong, America is with you. The people of the world are with you,” Cruz said. “Your freedom matters. Your courage is powerful, and it is inspirational.”

The Texas senator thanked the host of the event, VOC, for “shedding a light on the darkness, the torture, the murder and the oppression that communist regimes inflict on men, women and children every day.” (RELATED: Bernie Sanders Tweets Support Of Hong Kong Protests Against China’s Communist Government) 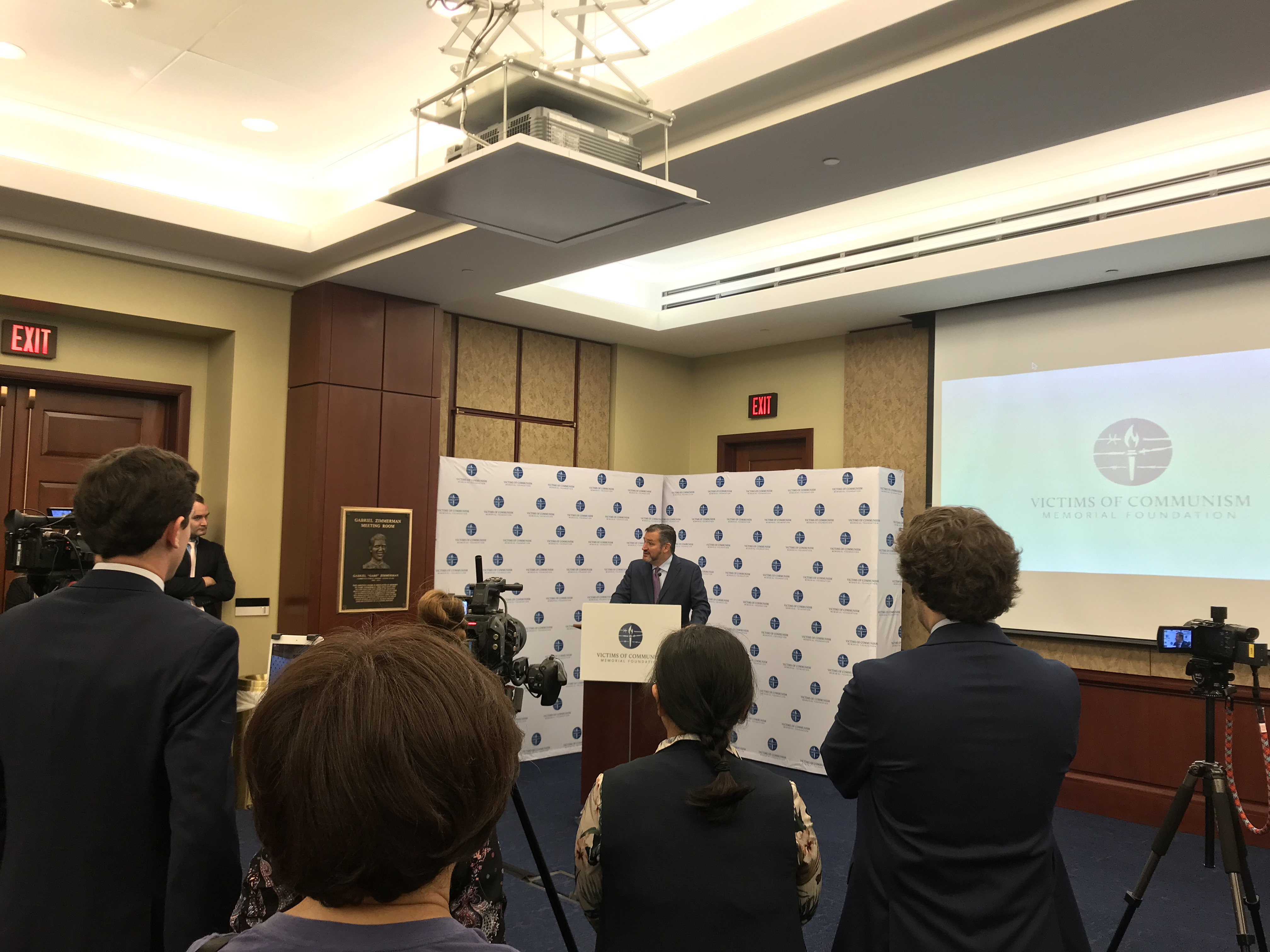 “The mighty Chinese government might appear formidable, but all tyrants — all dictators — fear the truth, they fear dissidents, they fear sunlight,” Cruz continued.

The senator, who serves on the Senate Foreign Relations Committee, brought up Reagan’s efforts to defeat the Soviet Union’s empire in the 1980s, comparing his activism to that of the Hong Kong protesters fighting to retain the region’s “one country, two systems” rule.

“The Berlin Wall was torn down, and here’s the important part,” Cruz said. “The wall wasn’t torn down by American tanks. It wasn’t bombed by American missiles. It was rather the power of truth … that ended up causing the Soviet Union to collapse … freeing millions of people from oppression. The people of Hong Kong are standing before their own Brandenburg Gate right now.”

Cruz has led a number of initiatives to address the threat of the Chinese Communist Party against Hong Kong and other regions, including the Hong Kong Policy Reevaluation Act of 2019, which directs the State Department to “report on China’s use of Hong Kong security agencies to (1) conduct espionage against foreign nationals, (2) conduct influence operations, and (3) violate civil liberties protected under Hong Kong law.”