President Donald Trump said Tuesday that he believes Democratic attempts to impeach him will be a positive for him in the upcoming 2020 presidential election.

Speaking to reporters during a bilateral meeting with Iraqi President Barham Salih at the United Nations General Assembly, the president insisted that impeachment efforts would only help his reelection campaign.

“If she does that, they all say that’s a positive for me from the election. You could also say, who needs it? It’s bad for the country,” Trump asserted.

Trump also knocked House Speaker Nancy Pelosi for moving forward on impeachment without seeing the phone call in question with Ukrainian President Volodymyr Zelensky. He announced that he intends to publicly release an unredacted copy of the transcript Wednesday.

“How can you do this and you haven’t even seen the phone call?” Trump questioned.

He added, “the good news is the voters get it. This is why they say it’s good for the election, but you know what? It’s bad for the country. What she’s doing is very bad.” 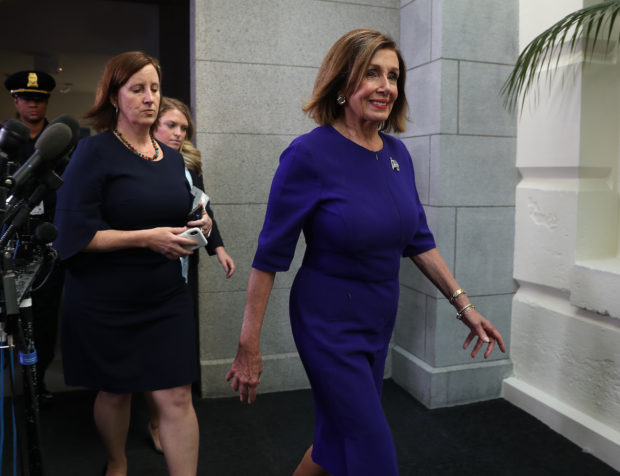 Pelosi told her Democratic caucus Tuesday that she is ready to move forward on impeachment, a revelation that more progressive members of her party have been waiting to hear for months. The recent push comes after the Democrats got a hold of a whistleblower complaint that alleges Trump withheld aid from Ukraine until the country promised to investigate former Vice President Joe Biden. (RELATED: Trump Pressed Ukraine To Investigate Joe Biden)

Trump has denied that he withheld aid over the investigation, but admitted he wanted Ukraine to look into why Biden urged them to fire a top prosecutor who also happened to be looking into Hunter Biden’s business dealings.