A young Hong Kong protester was shot by police Tuesday during a protest against China’s celebration of 70 years under communism, according to the South China Morning Post (SCMP).

Demonstrations, which have been ongoing since Saturday, escalated Tuesday night with fires, tear gas, street fights and at least 30 arrests. More than 40% of the region’s train stations shut down, SCMP reported. 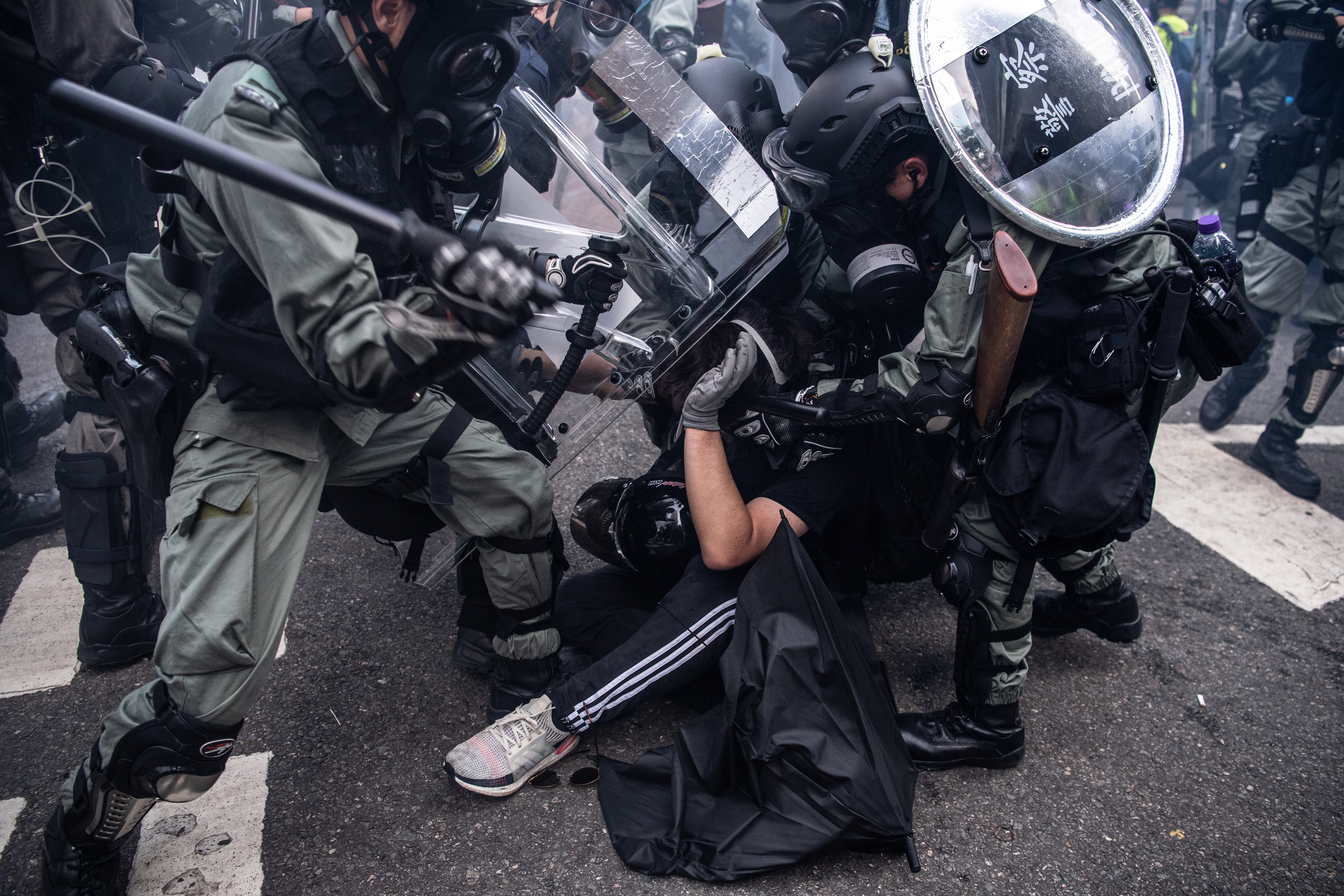 “The police force really did not want to see anyone being injured, so we feel very sad about this. We warn rioters to stop breaking the law immediately, as we will strictly enforce the law,” she added.

A Facebook Live video appears to show the 18-year-old protester complaining of pain in his chest after being shot. (RELATED: Hong Kong Demonstration Draws Crowd Of More Than 1.7 Million Against Government Orders)

The man was taken to the hospital, but his condition is not known, according to the Wall Street Journal.

At least 51 people ranging in ages from 11 to 75 were wounded, two critically, across the region Tuesday, according to SCMP citing Princess Margaret Hospital in Hong Kong.

Police said on Monday that they were deploying 6,000 officers and warned of protesters’ “very dangerous” plans to protest on Tuesday, adding that weekend demonstrations brought protesters “one step closer to terrorism,” the SCMP reported.

Law enforcement also encouraged the public to stay indoors in a Tuesday Facebook post, according to SCMP.

“Currently, there are riots across Kowloon, Hong Kong Island and the New Territories,” the post read. “Rioters have started fires and committed mass property damage, injuring many people. … Police urgently appeal to every member of the public to stay in safe places, avoid going outdoors and stay tuned to the latest situation.”

Chinese President Xi Jinping said during a nationally televised Tuesday speech in Tiananmen Square that the government strives to maintain Hong Kong and China’s “one country, two systems” rule, according to Reuters.

“On our journey forward, we must uphold the principles of peaceful reunification and one country, two systems; maintain lasting prosperity and stability in Hong Kong and Macau … and continue to strive for the motherland’s complete reunification,” Xi said during the speech. 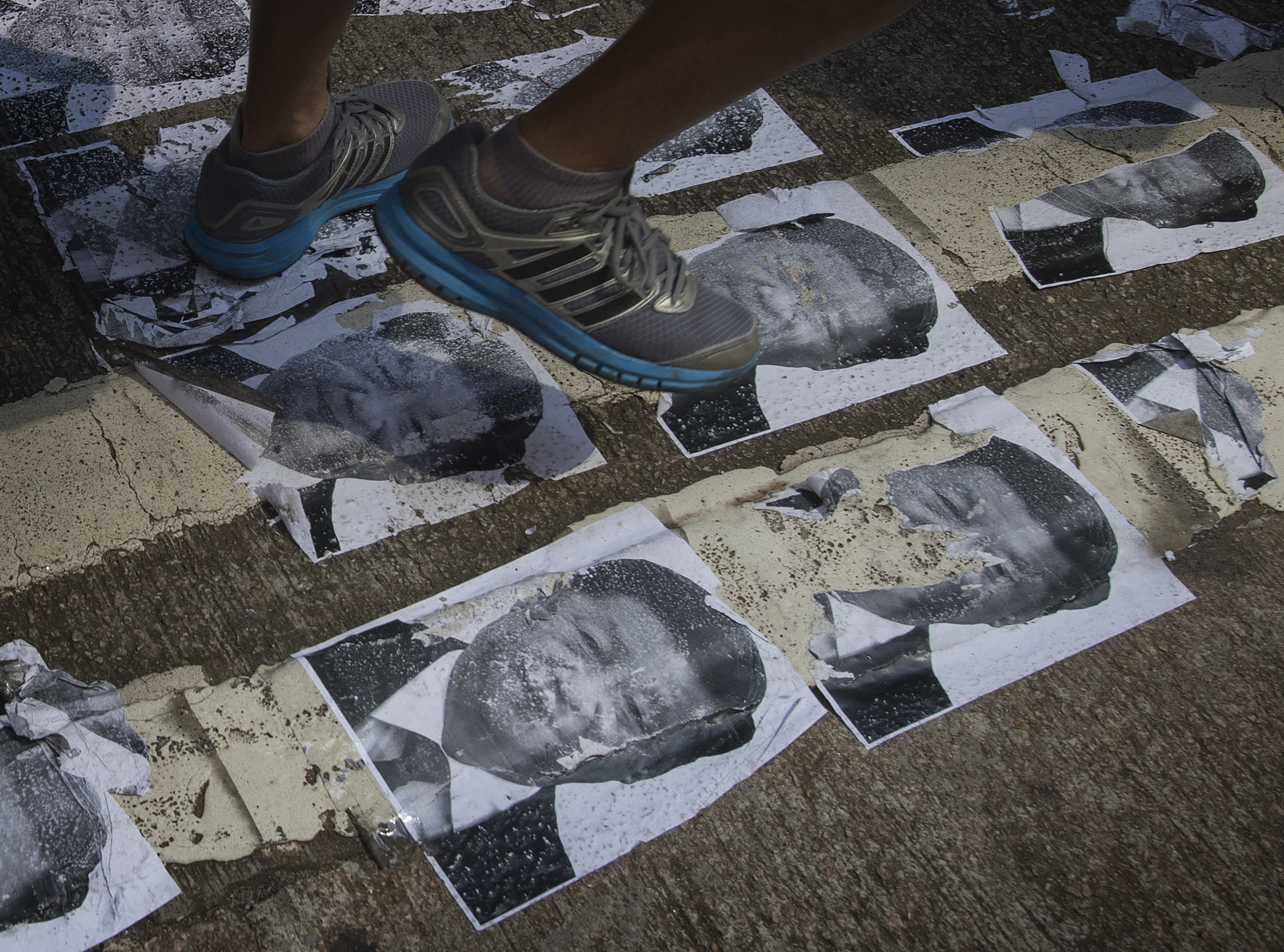 Protesters walk on an image of Chinese President Xi Jinping in the Causeway Bay area in Hong Kong on October 1, 2019, as the city observes the National Day holiday to mark the 70th anniversary of communist China’s founding. (MARK RALSTON/AFP/Getty Images)

Tuesday’s protest comes after approximately four months of demonstrations across Hong Kong, which were sparked by a since-withdrawn extradition bill that would have sent Hong Kong residents convicted of crimes to mainland China for trial.

The bill was one of five demands made by Hongkongers who have kept the protests going. The other four include Chief Executive Carrie Lam’s resignation, an inquiry into police brutality, the release of those who have been arrested and more democratic freedoms, according to CNN.