Bill Maher claimed Howard Stern is the only other person who shares his political sanity and rejects far-left extremism Friday night on “Real Time with Bill Maher.”

In conversation with the radio shock-jock, Maher said, “You and I are the last sane people because we’re liberals but we don’t go for all the bullshit on the far-left.”

After Stern remarked that he liked working in a quiet studio, Maher insisted, “The one thing you don’t get — and don’t tell me you don’t like it — is that,” as he pointed to the studio audience.

Maher didn’t forget to poke some of his usual Republican opponents in the stand-up segment of the show, targeting the recently arrested Lev Parnas and Igor Fruman, who have worked with presidential attorney Rudy Giuliani on his Ukraine investigation. (RELATED: Bill Maher: Social Justice Warriors A ‘Cancer On Progressivism’)

“This is the great irony of the Trump presidency,” Maher joked in apparent reference to the foreign-born pair. “Foreign criminals must be kept out of the country at all costs, unless they’re here to steal our elections.”

With the impeachment inquiry into President Donald Trump gaining steam, Maher commented on the president’s decision to declare that he will not cooperate with House Democrats in the process. “The president of the United States is going to be impeached because he treats subpoenas like parking tickets.”

Getting back to his consistent complaint that the Democratic Party is moving too far to the left of the political spectrum for his liking, the HBO host said Massachusetts Sen. Elizabeth Warren And Independent Vermont Sen. Bernie Sanders are “too far” left to appeal to enough voters for either to win the presidency. (RELATED: Amy Klobuchar Distances Herself From Bernie: ‘I Am Not A Socialist. I Am A Democrat’) 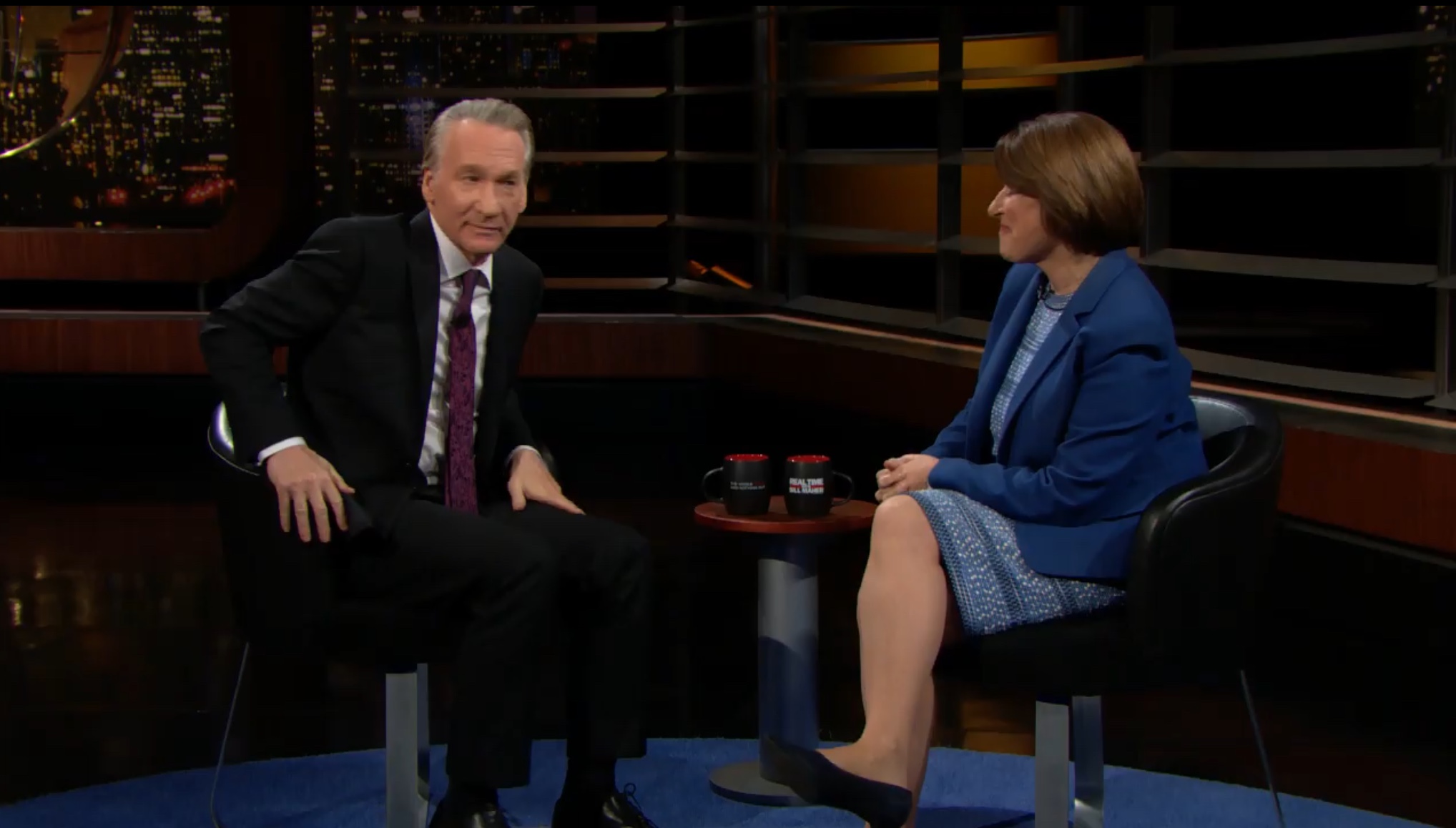 His favored candidate is apparently Minnesota Sen. Amy Klobuchar who, although a “dark horse,” is “plenty liberal” enough to satisfy the Democratic Party’s ideological activists yet perceived as sufficiently moderate to win a presidential contest with Trump.

“Obviously this is a fight between two wings of the party, which is almost every election. There is a center in the Democrat, a center-left wing. You’re plenty liberal. You’re plenty progressive,” Maher told the senator. “And then there is a far-left which I think would be represented by Bernie Sanders and Elizabeth Warren.”