Booker, 50, opened up about his proposal plans during an episode of “Off Script,” according to a report published Thursday by Page Six.

“Ay, dios mío,” Booker responded when he was asked if there would be an engagement soon.

“I can’t announce something like that. She would be mad at me. That would be her saying no,” he added. “Should I ever get to that point, I will try to embarrass her and put her on the spot. But I’m not making any… I’m very happily happy where I am right now.” (RELATED: Here’s The Advice Booker’s Girlfriend Rosario Dawson Gave Him After The Debate)

The proposal comments come following the fourth democratic debate Oct. 15. Dawson was in attendance, marking the first time she attended one of the candidates debates, Page Six reported. 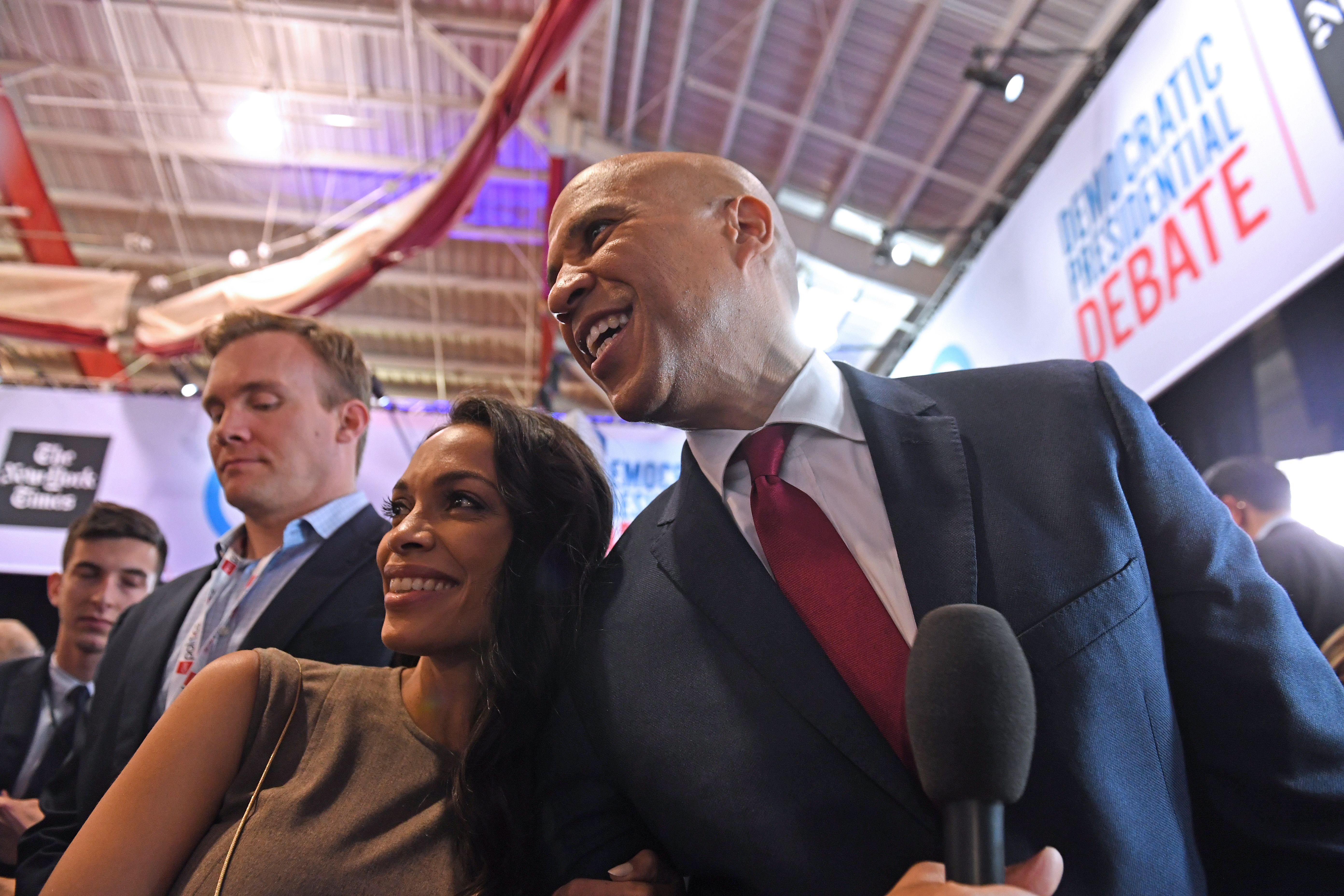 US actress Rosario Dawson and boyfriend Democratic presidential hopeful New Jersey Senator Cory Booker pose for pictures in the spin room after the fourth Democratic primary debate of the 2020 presidential campaign season co-hosted by The New York Times and CNN at Otterbein University in Westerville, Ohio on October 15, 2019. (Photo by SAUL LOEB/AFP via Getty Images)

Almost a week prior to the debate, Booker was spotted at Dawson’s movie premiere in Los Angeles on Oct. 9.

The pair reportedly began dating in December of 2018 after meeting through a mutual friend at a party. As previously reported, the couple first confirmed they were an item when Dawson was stopped by TMZ at Ronald Raegan National Airport in March.

“I am grateful to be with someone who I respect and love and admire so much,” Dawson said at the time.