A new photo book all about Melania Trump features several never-before-seen stunning photographs of the first lady since President Donald Trump was sworn into office.

The unforgettable shots can all be found in a new book titled, “Melania Trump: Elegance in the White House” by L.D. Hicks. According to the release, the book “focuses both on Melania’s accomplishments as a First Lady and on all her finest fashion moments.”(RELATED: Ivanka Turns Heads In Yellow And Black Floral Dress During Munich Trip)

The first one that stood out would have to be this picture from when FLOTUS and Trump traveled to Riyadh, Saudi Arabia. It was taken when the two had arrived for a banquet in their honor at the Murabba Palace, escorted by King Salman bin Abdulaziz Al Saud of Saudi Arabia, in May 2017.(RELATED: Ivanka Turns Heads In Gorgeous Yellow Plaid Skirt Suit) 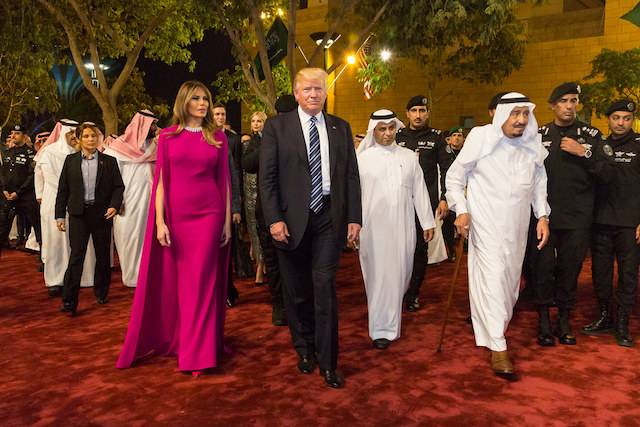 The next one is an unbelievable photo showing the back of the first lady and President Trump in November 2017 during a visit to Hawaii and the Pearl Harbor National Memorial. FLOTUS looked just as striking as ever in the sleeveless vanilla dress that she completed with loose hair and a black belt. 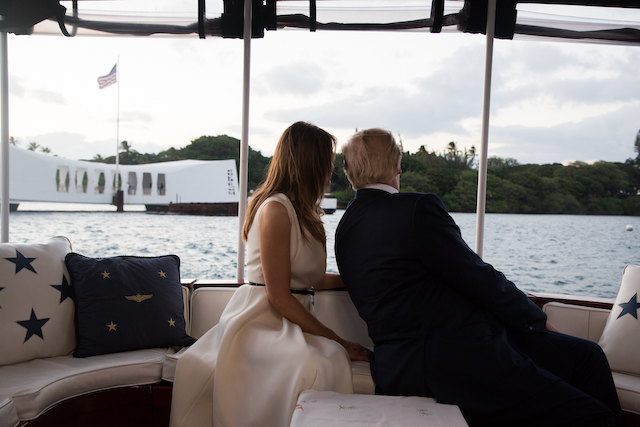 Another photo that got our attention was one from when Melania visited the United States Holocaust Memorial Museum in  January of last year in a beautiful long-sleeve black and white coat.

And lastly, was one of FLOTUS at the White House walking along the Colonnade in January of this year wearing a black top and pants combo with a jaw-dropping cream-colored coat. To say she looked stunning would be a serious understatement. 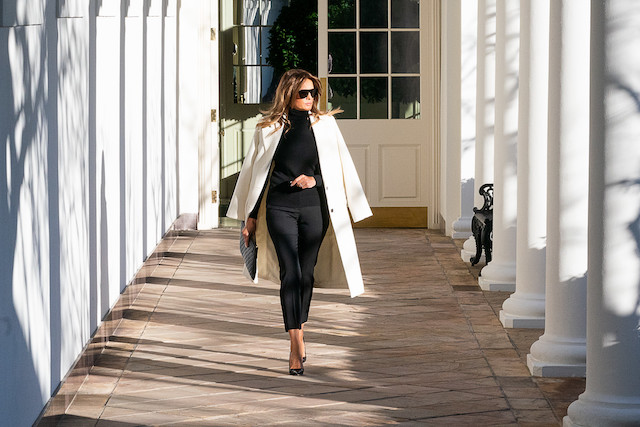 The first lady’s fashion sense is always on point as has been noted many times before. Check out some of those unforgettable looks here.

And these are just a few of the amazing pictures that are featured in the book that hits shelves December third.