The Mexican government is urging the Supreme Court to protect the Deferred Action for Childhood Arrivals (DACA) program, telling the justices that supporting DACA recipients is an important goal of Mexican foreign policy.

The justices will hear arguments over President Donald Trump’s bid to terminate DACA on Tuesday. Mexico filed an amicus (or “friend of the court”) brief in the case, saying it has a “legitimate, substantial and compelling interest to protect the rights of its citizens.”

“Mexico’s government has supported DACA beneficiaries and Mexican nationals living in the United States by holding clinics, providing funding and access to competent legal counsel in connection to the application process under DACA,” the brief reads. It goes on to note that Mexican consular officials have assisted approximately 30,000 DACA recipients with “obtaining the necessary documents and, in some cases, providing economic assistance to apply for DACA.”

The brief offers an array of policy-based justifications for maintaining DACA. For example, the Mexican government noted that DACA helps its nationals and their U.S.-born children access needed social services.

“DACA recipients are over 12% more likely to ensure that their U.S. citizen children access resources to which U.S. citizens are entitled, such as the Special Supplemental Nutrition Program for Women, Infants, and Children (WIC), than parents without DACA protections,” the brief reads, citing a Johns Hopkins study. “WIC is considered one of the most successful anti-poverty programs for children in the United States.”

It went on to warn the program’s cancellation would diminish Social Security contributions, national GDP, and cultural ties between the U.S. and Mexico of the sort embodied in the “Dreamers Without Borders” program, an educational exchange initiative that allows DACA recipients to visit Mexican universities for studies and networking. Without DACA, so-called “Dreamers” are ineligible to apply for student visas.

In that vein, Mexico suggests that as many as 20,000 DACA recipients are work-authorized as teachers pursuant to the program. Removing them from the classroom would “undercut the bi-cultural diversity that DACA teachers bring to their schools,” Mexico says.

Elsewhere the brief suggests terminating DACA would conflict with American obligations to the International Covenant on Civil and Political Rights (ICCPR), a foundational international human rights treaty. The Obama administration cited DACA in a 2015 report detailing continued American compliance with the ICCPR.

Mexican diplomatic officers expect a surge of requests for consular services if DACA is rescinded, and warned a ruling for the Trump administration will place unprecedented strain on their consular network in the U.S. (RELATED: American Hero Fights Traffic Stop All The Way To The Supreme Court) 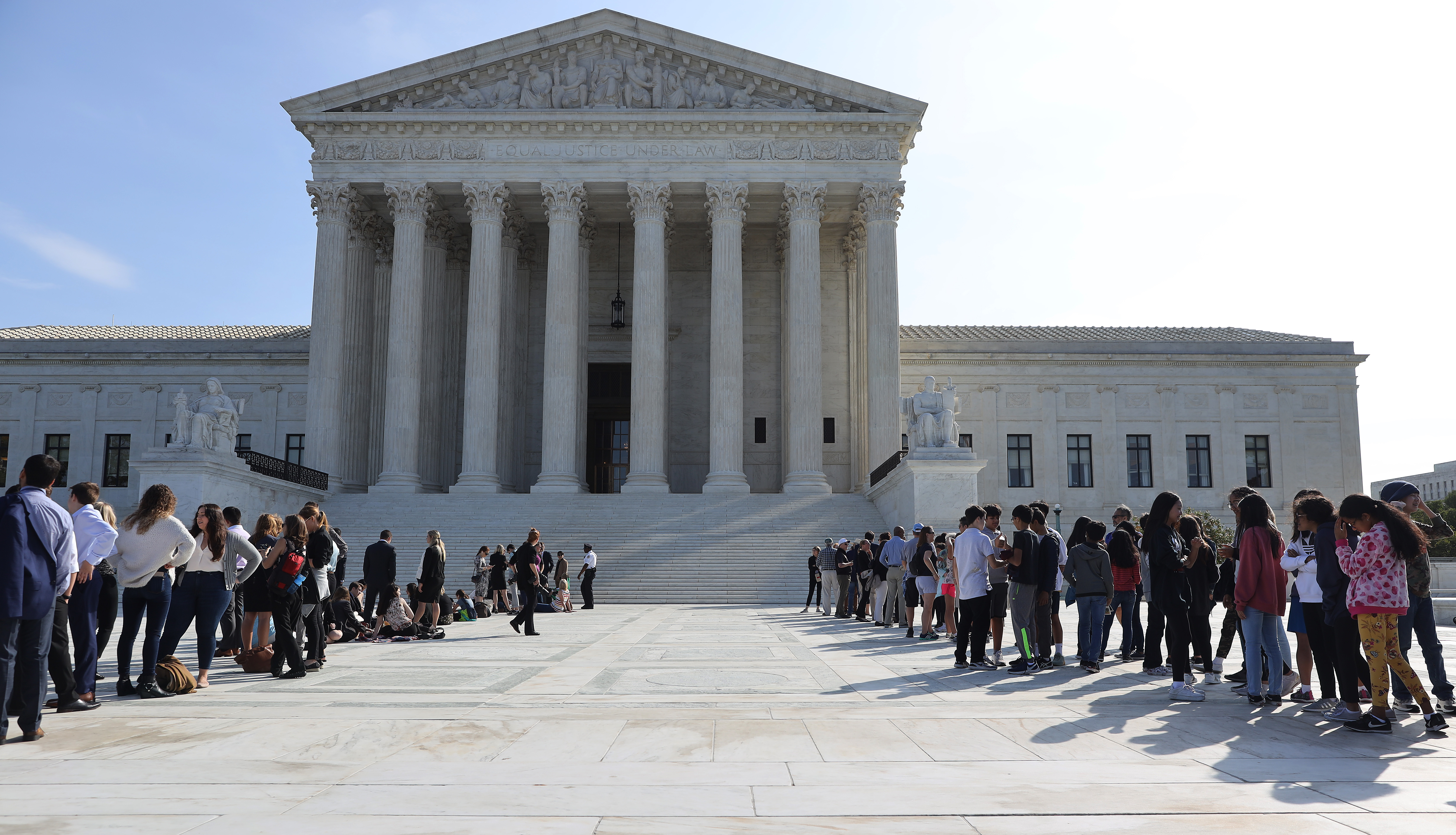 The Supreme Court building at the start of the court’s new term on October 07, 2019. (Chip Somodevilla/Getty Images)

Foreign governments and the Supreme Court

Between 1978 and 2013 foreign governments filed 68 amicus briefs in the Supreme Court expounding their views on a legal controversy, according to a 2016 study by Professor Kristen Eichensehr in the Virginia Law Review.

Eichensehr found that foreign governments have important but under-appreciated influence over the Court’s decisions on cases touching foreign policy. The study found the justices cite a foreign sovereign’s brief in about half of all cases in which other countries intervene. Even the conservative justices, who are sometimes skeptical of reliance on foreign law sources, will reference foreign sovereign amicus briefs in their opinions.

The high court is loathe to create foreign relations problems for the executive branch. As such, the government’s views are granted a degree of deference when a case implicates foreign affairs concerns. When foreign sovereigns and the U.S. government differ — as in the DACA case — over possible consequences for international relations, Eichensehr suggested the Court might conduct a more thorough review of the issues.

“Foreign sovereign filings that argue, contrary to the U.S. government, that foreign relations harms will result from a particular outcome may embolden the Court to do a more searching inquiry into and have a less deferential approach to filings by the United States on international facts,” the study reads.

A decision in Tuesday’s DACA cases, Department of Homeland Security v. Regents of the University of California No. 18-587, is expected by June 2020.